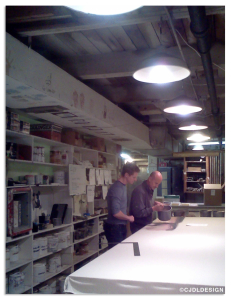 If the dancers are not to be engulfed by this vibrant and dynamic scene, they must stand out visually, even at rest, from their surroundings. What they wear thus needs detail, strong lines, some dark elements, and a certain degree of “busyness,” says Christine. It uses tones from the original scenic palette—of black, raspberry, “flesh,” peach, purple—plus greens, ochres, umbers as contrast. 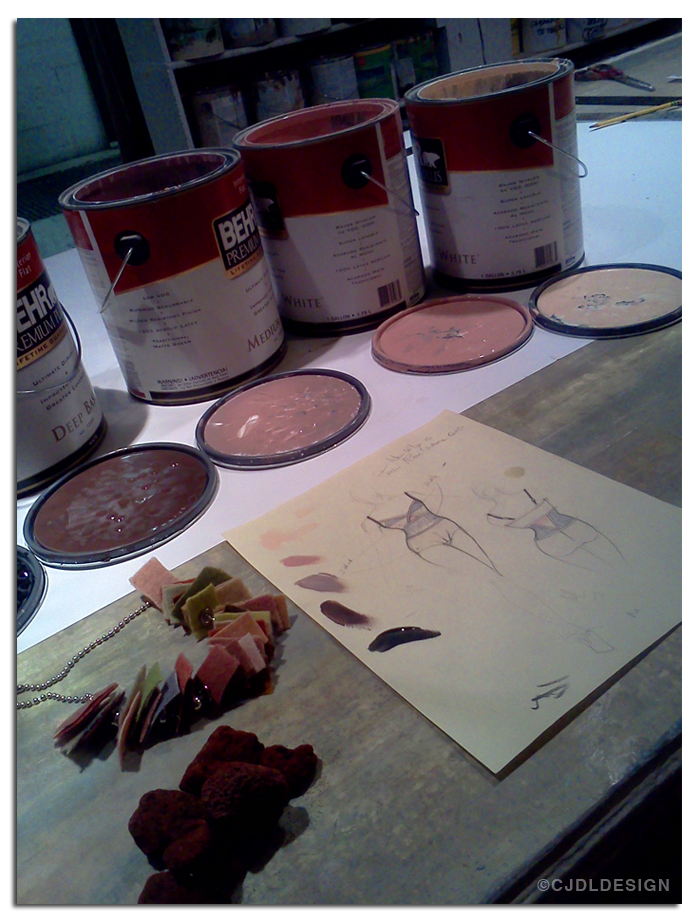 The costumes have a good deal of functional, not to speak of symbolic freight to carry off as well. Throughout, underneath, all five dancers will wear fitted, partially mesh leotards (“with a nod to corsetry,” says Christine), of similar but reversed design for men and women.

In addition, each dancer will deploy another, far more capacious garment, which has been a captivating, and sometimes frustrating, challenge to design. Taking off from ideas of weapons and hiding, Olivier’s conception of ThrOwn required the garment to be at once a long, falling coat that the dancers could dance in; a skirt; a cloth they could twist, manipulate and flog with; and a receptacle to hold rocks.

In the beginning Christine and Olivier thought of a chador, a large half circle or rectangle pinned to a headband or held in place by the hands (sometimes the teeth) of the woman wearing it. (“I love the research most,” says Christine.”) But that seemed at once too literal and to involve too much fabric. 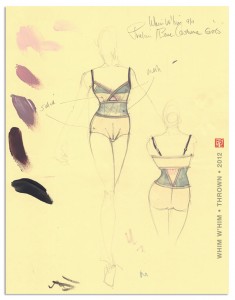 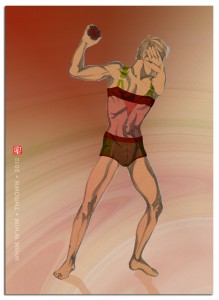 The next idea was a traditional kurta—a loose shirt falling either just above or below the knees of the wearer, worn by both men and women—but that was not long enough to work as a skirt.

Other notions were discussed.
Where should folds go? How voluminous ought it to be?
What about a tube? But you can’t dance in that?
A kimono? Not the right tradition.

Over the course of all this questing and questioning, Christine made three prototypes:

About three days before I spoke to Christine early this month, she had emailed Olivier to say she was at an impasse: “If it works as a coat, it doesn’t as a skirt; the length from floor to waist is too much longer than the length from waist to neck.” It was too easy for it to become gimmicky, this attempt to make the garment all things to all dancers. Christine says she was becoming too caught up in the pattern-making aspect of her dual role (her Swiss side), and losing sight of the design part.

All these latter garments will be made of a fine, 100% wool, so they can be danced in without the fabric getting slippery from sweat. Christine purchased the cloth locally, and for only $6/yard! (Money definitely is an object here.) The garment will take the shape of a long coat with a full, asymmetrical skirt and a funnel collar, with lots of pleats and slits, so it doesn’t encumber, but has a life of its own. Its colors are gray, beige, and a lighter gray, and each will also show a secondary color in facings and at corners.

Christine ruminates. The garment will have other things done to it too. She might want to paint in on the bottom. She will distress it. Possibly will do something with texture. Rough seams, edges. The pattern-maker’s role is giving way to that of the designer… 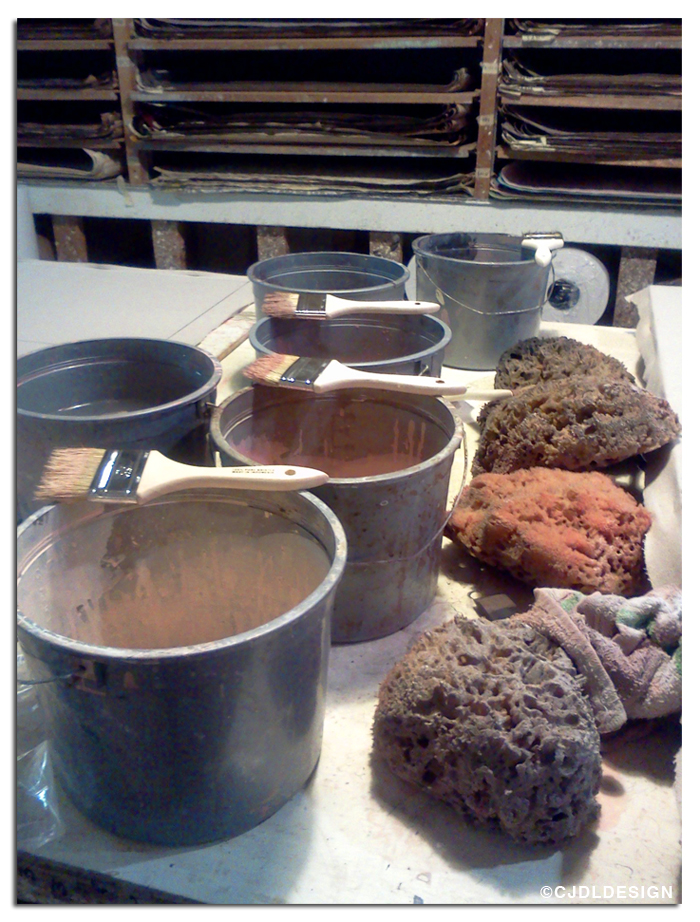 It is a collaboration between choreographer, set designer, costume designer (and eventually lighting designer Michael Mazzola). Each one plays an individual role and creates a concrete, separate work of art, and yet it is the collaboration of all that will culminate in the elusive magic of the final work.

For Christine Joly de Lotbiniere’s Journal on an early stage in this process, go to: cjdldesign.com/?p=926