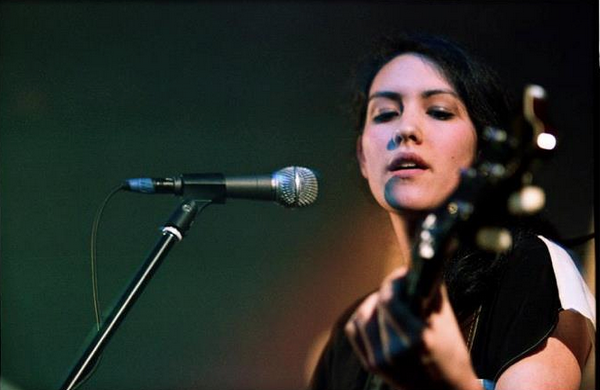 Lena Simon grew up in Venice, California and has been “doing music for a long long time.” Dancer/choreographer Andrew Bartee maintains that Lena “plays a bit of everything.” She’s composing the music for his piece This is real. to premiere in Whim W’Him‘s May show Third Degree.* But Lena says, “The only instrument I really play is the clarinet,” which she started in fourth grade. When, five years ago, Lena chose Cornish College of the Arts from various schools and conservatories around the country, she was thinking of music not location. But once she got here, she liked Seattle a lot. “This place is really cool!” she says, “very different from LA.”

Lena also learned that Cornish had a song-writing program and realized “that I was a closet song-writer.” Although she had applied as a clarinet student, she re-auditioned for the composition department and was accepted. In the course of her class-work she wrote both pop songs and songs for various ensembles, such as string quartet.

While at Cornish, Lena met Kate Wallich. They hung out together and Kate introduced her to the local dance scene. She saw shows at On the Boards and Velocity Dance Center. Already friends with some dancers, she was gradually pulled into their world. Sitting in on Kate’s rehearsals, she became curious about the process, intrigued by parallels between creating dance and composing music. 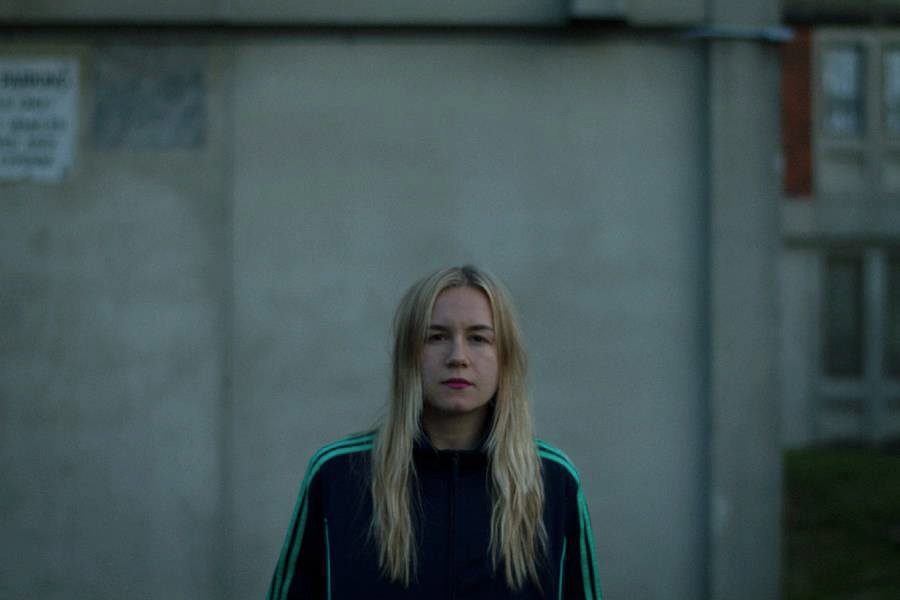 Lena finished Cornish in December 2011. Though she still writes songs, and occasional music for short internet videos, her primary musical focus is soundscapes for dance. She discovered how to compose for dance through working with Kate and The YC multidisciplinary dance/performance company. In the course of this education she’s also learned a lot about music theory and honed her technical skills. Now Lena is The YC’s resident sound designer, where Kate is the creative director and principal choreographer.

I asked about Lena’s method of creation when working on a dance piece. Who starts it? How does it proceed? “It starts with the choreographer’s idea of what they want to make,” she replies. “It may be a strong narrative or not.” With Kate, “We go into the studio together. I might have a bit of something, Kate will show me something. I’m writing sometimes in the moment. We feed on each other, and it snowballs from there.”
She remarks, “I always strive to work simultaneously with the choreographer.”

Lena and Andrew first discussed his piece months ago—it’s a remake and extension of a small 5-minute fragment he had done some time before. “We talked about what he wanted to keep and where he wanted to take it,” she says. But the process has been a bit more difficult than usual, especially with early rehearsals being over in Bellevue and their separate very busy schedules. “It’s been too rushed,” Lena admits. “So much is going on with other projects.” 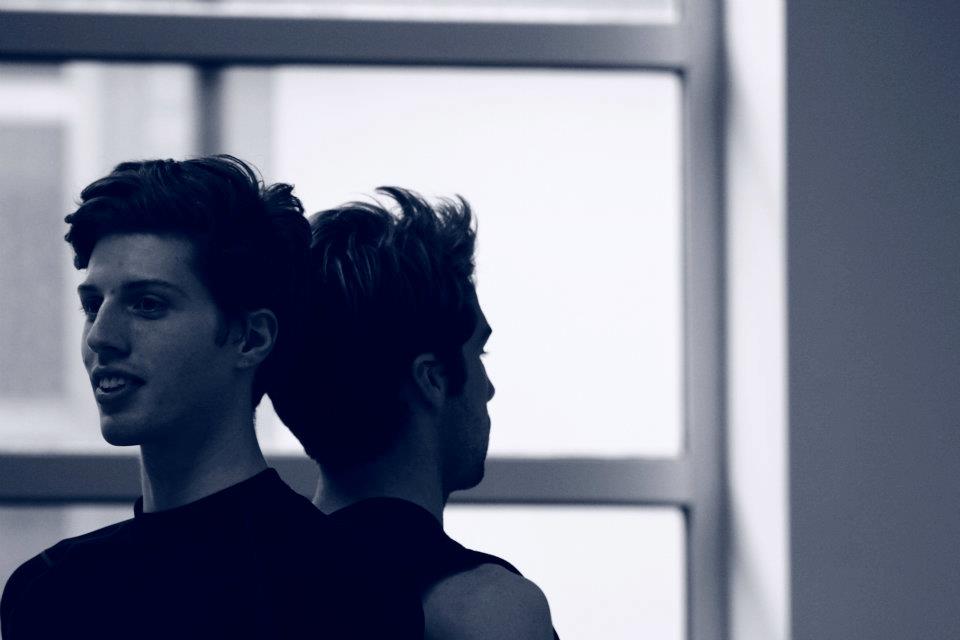 Andrew sent her videos, trying to make her experience of his choreographing as close as possible to sitting in the rehearsal room. She worked on music and sent it to him. But it was a week ago yesterday when she finally got to watch in the studio. It’s a shock how different reality is from what you imagine. “I was listening to what I had on headphones,” Lena says “and thought no, it’s not working.” 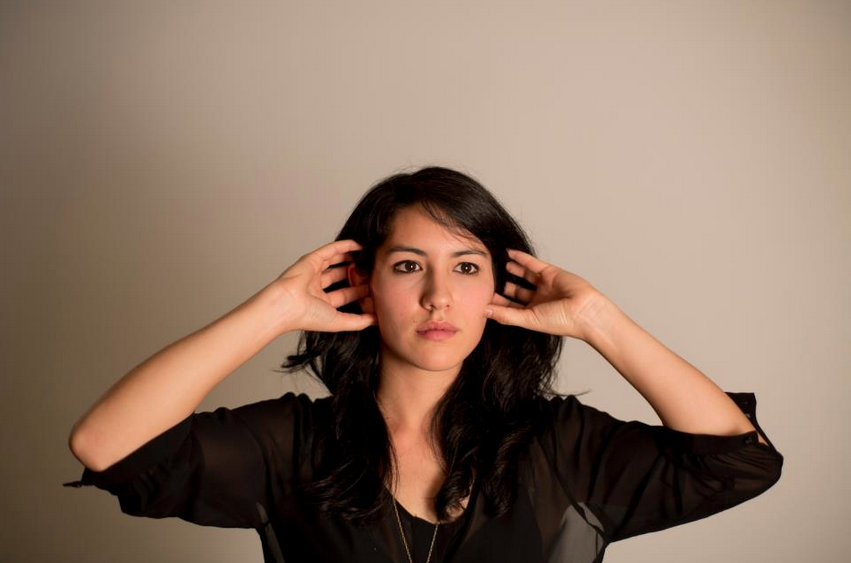 So they went on from there. Fortunately, both agree that they work together very well. For This is real., “I really understand his narrative,” Lena says of this story about two good friends whose relationship is disrupted by the entry of a third. “Everyone has experienced something like that.” For Andrew’s part, he says that what Lena composes is “concise and coherent. I’ve never hated anything she’s made. She’s smart too. She definitely has the artist’s mind. She loves being involved.”

In this piece, Lena says she is “trying for a more organic sound.” There is a musical theme all through that she develops in various ways, “to convey certain emotions of the scenes. Actually, there are instruments assigned to each character.” She smiles and gives an example. “When he

[the role danced by Sergey Kheylik] is going to enter, I need to find an annoying sound, like a mosquito.”

What are the instruments? And how does she go about notating how they sound? Lena’s recent process of composing is all done in the computer, “very different from composing for live people.” She uses a program called Ableton Live. 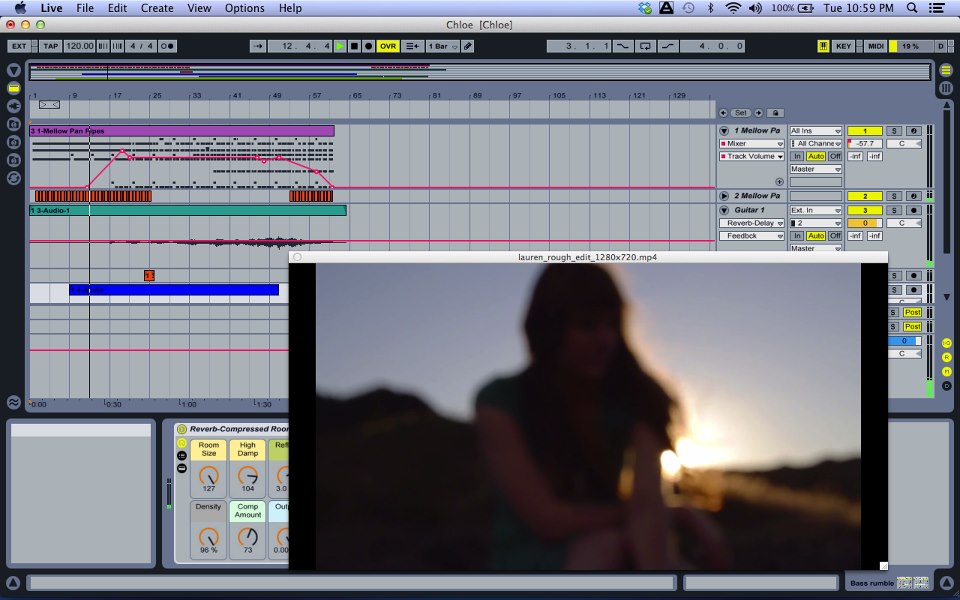 It’s known as a DJ program, but hip hop artists and other composers use it too. Basically, it provides a whole vocabulary of sounds which can be combined, layered and manipulated, like letters that can be made into words, sentences and paragraphs.
“And I play the clarinet in this one too a bit,” she says.

Now it’s all coming together. At this Wednesday’s rehearsal, they go over various parts.
“I like that the music is minimal here,” he tells Lena, “and the dancing more involved.”
At the end of rehearsal, Andrew suddenly jumps up on a chair and announces, “Okay, I know what we’re going to do!” Lena laughs. They are both visibly pleased and excited about the dénouement that is evolving, musically and choreographically, for This is real. 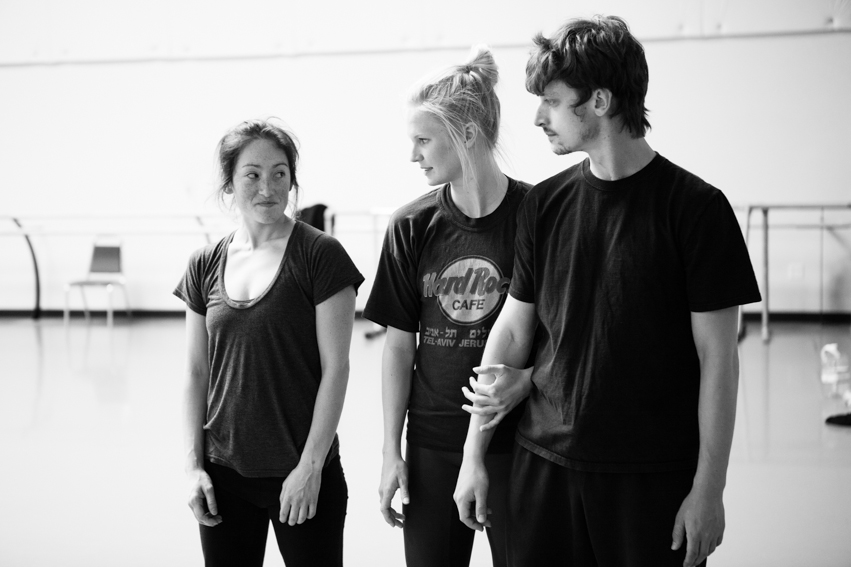