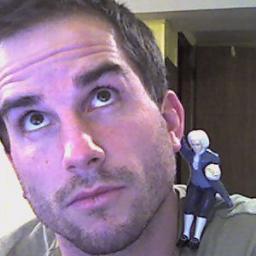 Brian Lawlor, who calls himself a “musical mutt” and a “hypercollaborator,”  has a long history of musical cooperation, including two compositions for pieces choreographed by Whim W’Him artistic director Olivier Wevers. The first, in mid-2013, I don’t remember a spark, an intimate exploration of Olivier’s own creative process, his doubts and whims, passions and idiosyncrasies, using his own words as recorded by an interviewer. At the start of the process, Brian said back then, “I’m imagining a very textured, lush drone quality throughout—à la synth processing and stacked pads.  The defining quality will be the manipulation of his interview text and his voice.” Later it changed. “I worked a bunch with manipulating his text—through various timbal forms—but don’t think it turned out to be something he necessarily liked. We slowly stripped down the layers.” In the end the words were clearer and more essential, with the music around and behind them. At the time, Brian commented, “The fact that the piece has gone through an evolution has mostly been dictated by Olivier. I think he has an excellent ear for music and can easily communicate changes in his creative process. I was mostly trying to respond to that.” 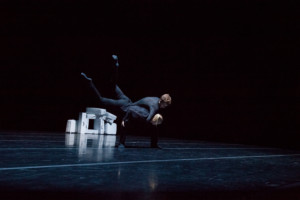 Their second partnership, We are not the same, a meditation on difference for the January program of last year, was very different from the first—in subject matter, dance style, sound. Brian stretched, reworked and overlaid with new sounds the second movement of the Brahms Violin Concerto in D Major, as well as parts of two other Brahms works. 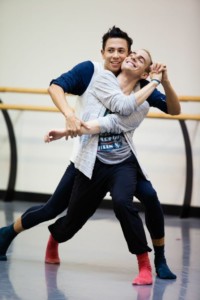 Brian and Olivier now engaged on a third project, for Whim W’Him’s upcoming January program SENSATION (Brown Paper Tickets), on a piece called Catch & Release. Despite the fact that Brian’s “natural working habitat is with my cat in my PJs,” life has been very busy for him of late. “I’ve been swamped learning a bunch of music for shows I played this weekend. Two nights (mornings?) in a row of not getting in until 6am.  I’m in zombie mode now.  Ugh…” he reported this weekend. 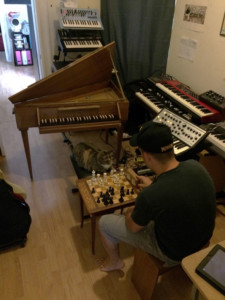 After a phone conversation catching up with Brian a few weeks ago, I had asked him the other day via email about his non-Whim activities since he first started working with Olivier 3 plus years ago. There have been a lot. “Since 2013? whoa — I’m going to shoot this out in a rambling manner:  Still composing for Saint Genet — presented new pieces at Luminato Festival (2013), Traiskirchen (2015), Donaufestival (2016), and am starting work on our final piece for our trilogy — to be performed at Wiener Festwochen and Holland Festival the next Spring.  I composed a bunch of music for string quartet and synths/piano for these pieces.

“I’ve also taken on this 4-part incidental music recording task (thank you for your help!!)

[It’s called The Incidental Purge and was funded as a Kickstarter project.]  I’m releasing 4 records of music I’ve composed for theater, film, and dance.  A bunch of styles for different projects —  orchestral (recorded by the Western European Symphony Orchestra), ambient, fusion-y, new age-y… My last two pieces for Olivier will be on one of the albums.

“Here’s the compilation with samples from each album: https://[open.spotify.com/album/3fPCgZvdqSLtY4ZkiKHOYM.   All 4 should be out within a month!! Finally!!!“ 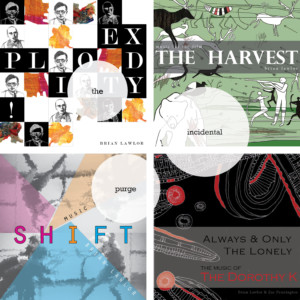 “I’ve been playing keys/synth/guitar with several bands of varying styles: dinMachine, Slim Wray, Siblings, Mike Lawlor Banned. I’ve also been performing a bunch of solo pieces utilizing my synth arsenal in a variety of capacities. I had a nice premiere or a new piece of mine this fall called Zwischenzug — a composition for harpsichord, synth, vocoder and live speed chess players.  I actually just performed an excerpt of this for a Tedx conference last week in Jersey City. 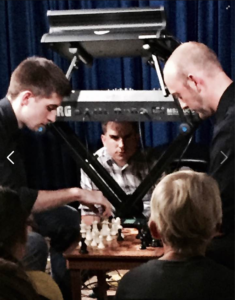 “My solo show Gutter Dwellings had a reading at the Bushwick Starr this year.  This is basically a show I’m developing where I tell horrible stories about poor choices I’ve made in the past, but play some fairly pop-y synth tunes over it. I’ve composed music for a new video games (Tina’s Toy Factory), National Geographic (Secret Life of Mountain Lions), and several other commercial spots.

“This is all I can think of now.  I still maintain my regular teaching schedule at Garden Street School of the Performing Arts in Hoboken, NJ.” 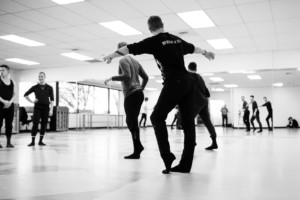 About his work on Catch & Release, Brian said, “The music is going well. I’ve been very busy the last two weeks, and am forced to compose the rest of this in very short, intense bursts. It’s mostly pieced together and should be completed this week.  An interesting difference in our collaboration in this final stretch has been the ability to see some video from rehearsals and actually compose to some of his choreography. This is the first time I’ve worked that way with Olivier—and it’s easily inspiring.” As Brian often emphasizes, “Olivier is very articulate with words, images, costumes,” but having a video “gives a context—sometimes when the music is at its most monotonous, there’s the best movement.” He adds that “This is incidental, supporting music,” which makes him less analytical and self-critical. 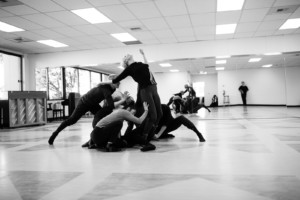 Brian and  Olivier agreed from the beginning that there should be more live (as opposed to synthesized) instrumental music—violin, viola, cello—along with the piano. “This time” says Brian, “it’s not just me and the keyboards. It’s much more fun and flexible for the work to have more players. I’m writing several parts, over-dubbing, multi-piano tracks.” Recording of the music for Catch & Release is slated for the last week in December. “Olivier loves to make lots of changes, so the recording dates were pushed back some,” but now it’s basically just waiting on “my engineer’s schedule.” 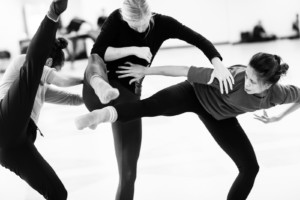