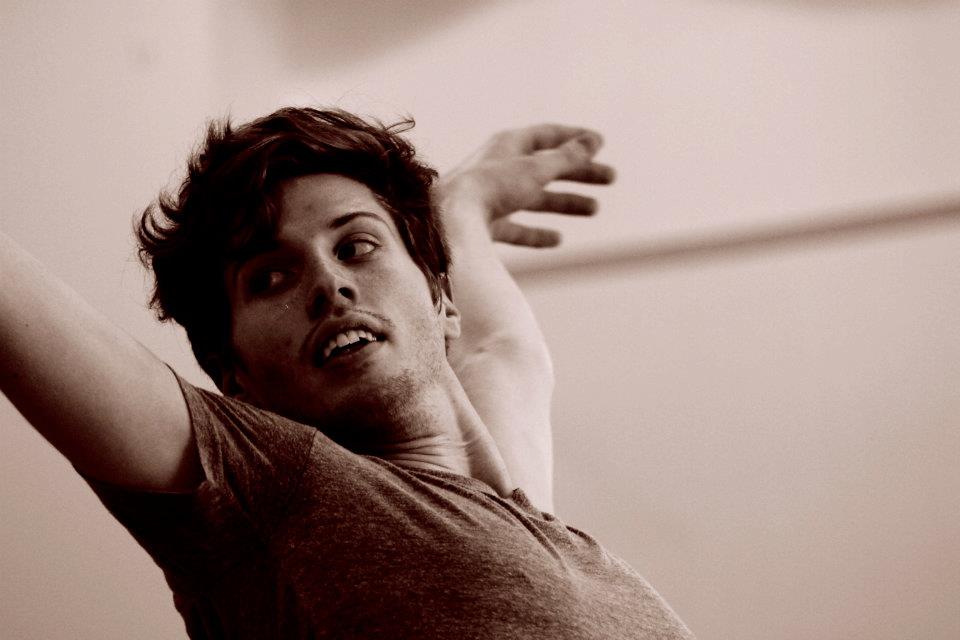 “I was always bossy,” says Andrew Bartee, though you’d never know it from his modest, playful persona. The oldest of four kids, he “always had an urge to put something on—plays, variety or talent shows, gymnastic routines.”  His first experience of choreographing was in a class at Kirkland’s International School of Ballet, where he “liked telling people what to do.”

Later, in two years of Saturday Pacific Northwest Ballet classes taught by Bruce Wells, the students would all be assigned the same music and given a task: choose three steps, say, and use them across 24 counts. Andrew grins at the recollection. “I learned tricks. I soaked it up.” He finds it interesting now, at the age of 22, on seeing others (Mark Morris. for example) choreographing, “to recognize the devices used, the things to change a phrase to make it more interesting.” 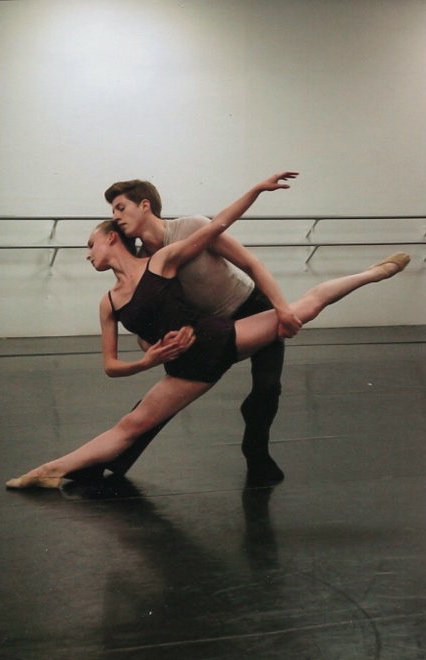 In 2009—while Andrew and fellow-student Margaret (Maggie) Mullin were apprentices at PNB, just prior to being hired on as corps members—they co-created a duet at her suggestion, for a choreographer’s showcase in Tucson where she’s from. Having enjoyed working together, they co-choreographed a piece for PNB’s Next Step in April 2010, and the following year they both did one on their own for the same forum.

[For a short video on their first solo choreographing experiences, go to:
PNB’s Next Step-Andrew Bartee and Margaret Mullin – YouTube]

At this point Andrew’s choreographic career took off, though he continues to dance with PNB, Whim W’Him, and occasionally other companies. Olivier Wevers, artistic director of Whim W’Him asked him to do something for last June’s Seattle International Dance Festival. For that, using his PNB friends Ezra Thompson and Sarah Pasch, Andrew choreographed a trio which was the genesis of his piece—now entitled This is real.—that will debut at Whim W’Him’s May show. [Tickets are now available at: www.BrownPaperTickets.com]

In the fall of 2012, an Andrew duet by and for Kate Wallich and himself at the Velocity season kickoff was well reviewed: “Bartee and Wallich premiered Crash Case, an ultra-deconstructed version of the traditional ballet duet where they seemed to braid their bodies together in partnering sequences and emit a subtle aggression in solo sections. They paused with one fist raised before shuffling sideways and stretching with marvelous elasticity to Lena Simon’s shimmery soundscape. The piece showed a growing maturity in Bartee’s choreography…”

Around the same time, Andrew’s arms that work premiered at Seattle’s McCaw Hall as part of a PNB regular rep program that also included works by Mark Morris, fellow company member Kiyon Gaines, and his old friend and co-creator, Maggie Mullin.
This March, arms that work was danced again by Patricia Barker‘s Grand Rapids Ballet Company. One review called the piece “as astounding today as Arpino’s and Balanchine’s pieces were in their day.”

In February of this year, emotions., yet another piece, a solo this time, was choreographed by Andrew—as a mediation on “the varied relationships with one’s self”—and danced by Kate Wallich for Bellevue’s contemporary dance showcase, Chop Shop: Bodies of Work. 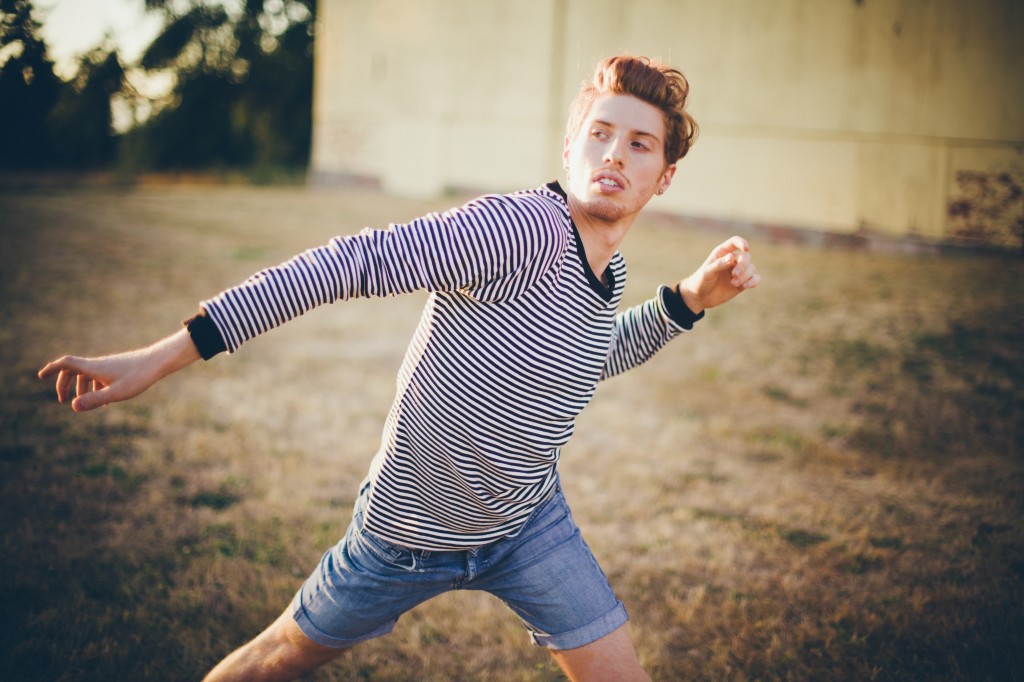 And now This is real. Andrew’s first work for Whim W’Him, it investigates awkwardness in relationships, social unease. Evolving over time from a 5-minute sketch which he says “I hated,” it has tripled in length, becoming a more subtle and abstract exploration of “situations between friends that make you a little uncomfortable, that you didn’t see coming.” Seattle composer Lena Simon is writing original music for the piece. 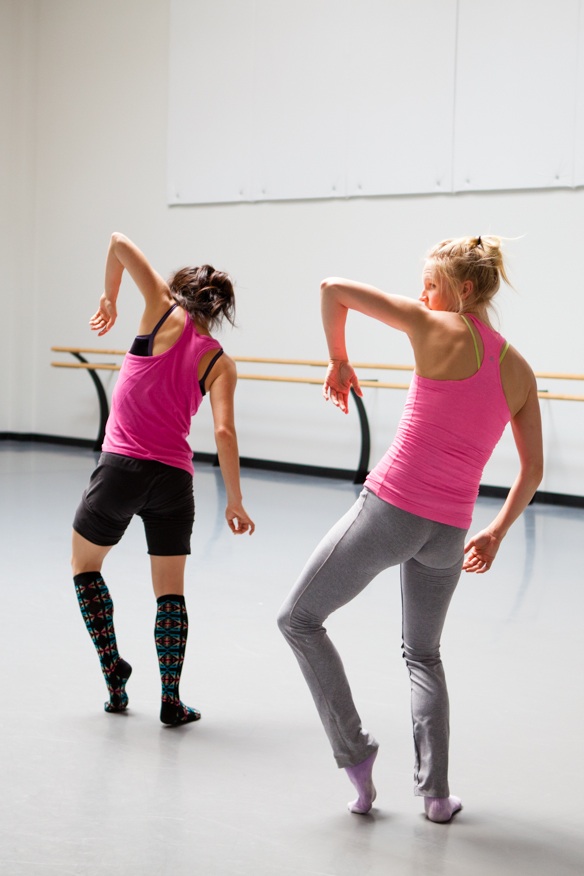 When he enters the studio, Andrew doesn’t have steps worked out, all ready to go. Far from it.  They come to him in the course of working. The other day, for example, while warming up before rehearsal, a little sequence of steps involving a lot of elbows & knees occurred to him and became part of what was set on the dancers in the next few hours.

Last week, he was developing vocabulary for the three dancers (Mia Monteabaro, Tory Peil and Sergey Kheylik). Now, he says “It’s nice to have dance material, to play with the story.” When I asked him if his own long, flexible body and the way it moves influences his choreography, he said, “Of course, but it’s always different with each dancer. Each initiates movement from somewhere different. The differences add depth and meaning.” 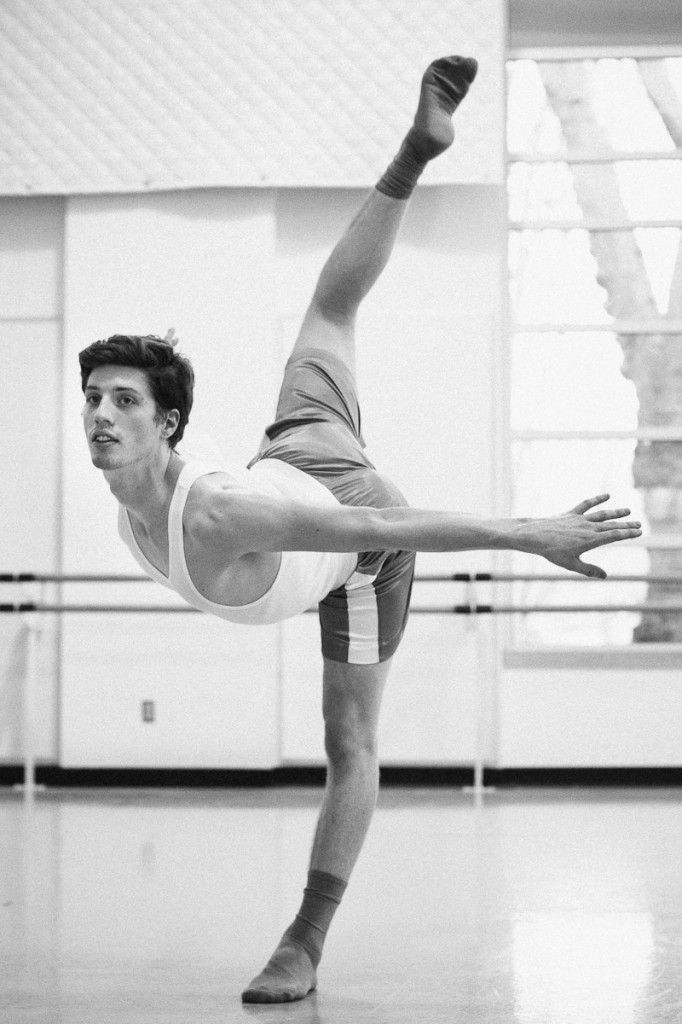