choosing 2 – Back, sack and crack (continued)

Whim W’Him artistic director Olivier Wever’s new piece, showing through December 9 at Spectrum Dance Theater,* addresses the immense sense of freedom gained from being allowed to think of oneself as beautiful, as an object of sexual regard, as a smooth and elegant work of art—and the pain that comes from the lack of freedom. He defends the notion of sexual identity as a continuum. Where one places oneself along it is determined by choice as well as biology. It’s akin to seeing the blending of races and cultures in our population, not as the pejorative “miscegenation” but as a source and celebration of revitalizing diversity. Whom we desire to mate with may be largely determined by biology, but where and how we choose to place and expand our external persona, the one the world perceives, along the sexual continuum is a matter of choice. Finding the courage to make that choice as and when we wish is the real subject, I believe, of Olivier’s new work.

A phone conversation, as I was writing this post, with our nephew/adopted son, a Marine stationed in Okinawa, provides an intriguing and encouraging footnote to this process of choice. He was impatient with all the fuss about gays-in-the-military. “They’re people,” he exclaimed, “The only issue is if they do their job right.” He did concede, though, that openness had some advantages and went on to recount a fascinating recent conversation with three Marines, all women, who were “in a relationship.” They explored attraction, nature and nurture, and other aspects of sexuality and gender choice, but in the end the thing that blew his mind was that there were three of them. “I don’t care,” he said, if it’s “a man and a woman, two women, or two men, or whatever,” but he’s such a monogamist himself, that he just couldn’t get how a three-way intimate relationship could work out. Later on this morning I was talking on the phone to a friend who’s in the process of changing from male to female. She still lives with the woman she married before the change and their child. The wife is seeing someone else now, but her former husband finds she is able to loves her just as much, even more, and without jealousy, now that she is finding her own true self. Surely, these are the pioneers of our new social frontiers and the wider object of Olivier’s latest piece. 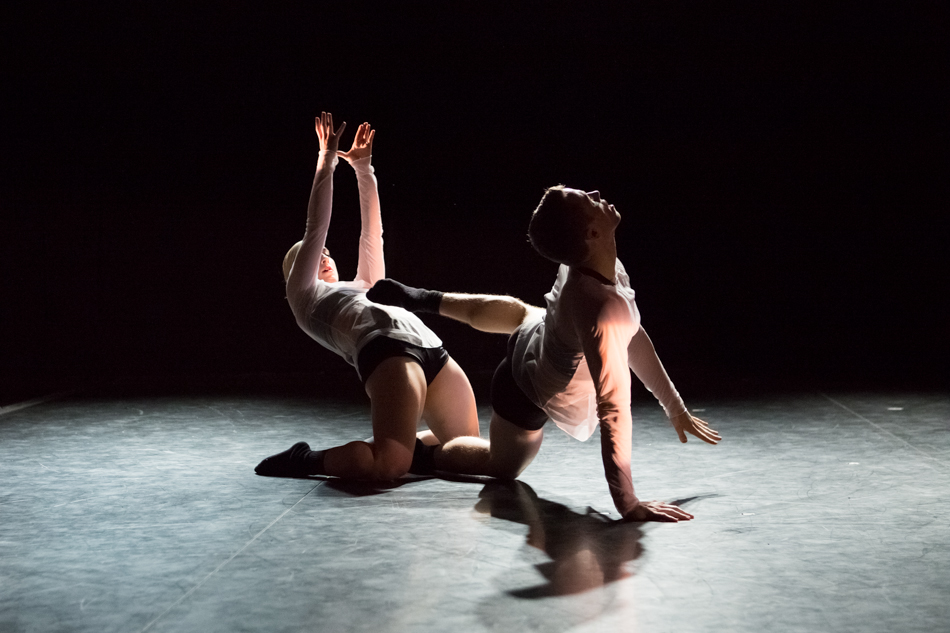 Flowing one thing into another is not just a theme in Back, sack and crack. It is worked out in the actual dancing, in his emphasis on connection between the movements, on not stopping in one spot then going on to another, but on one thing becoming another, without seams. There is, as dancer Vincent Michael Lopez says,
“a looseness and a glide.” Back, sack and crack is a mere 14 minutes long. There’s no nudity or explicit sexual coupling or even much suggestive teasing. The title is the most overtly provocative thing about it. But, in his usual subtle and allusive manner, Olivier “tackles the big stuff” (as a reviewer said of Caitlin Moran). The underlying idea, of an individual selecting his or her hues from a whole rainbow of sexual colors is powerful, interesting—and radical. Even when I’m not particularly drawn to some of the results, I’ll stand up and cheer loudly for the right of all to exercise an unfettered impulse to self-discovery and invention. 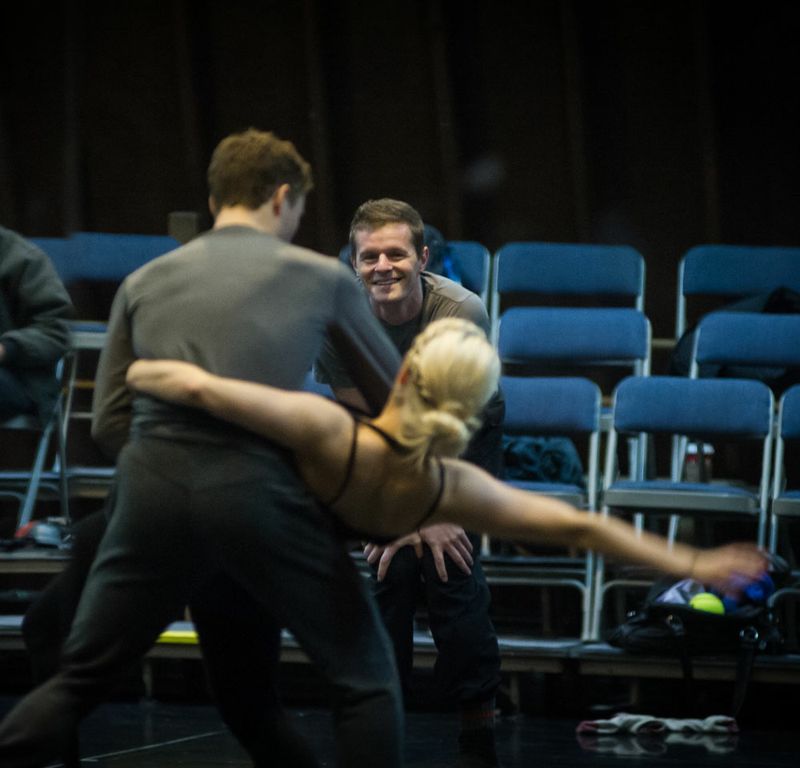 *Back, sack, and crack is part of Spectrum’s Fall Studio Series: Wevers/Spaeth/Byrd https://spectrumdance.org/ Performances continue through December 9, 2012. Special funding for Olivier Wever’s newest piece is from the Princess Grace Choreography Fellowship, which he received in 2011.