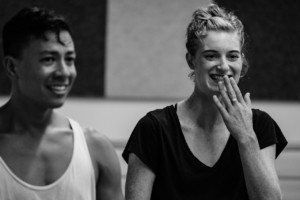 “I like to be surprised,” says Jane Cracovaner, Whim W’Him’s newest dancer. She is much taken by the big trees in some of Seattle’s neighborhoods, not just in parks but on ordinary city streets. Jane grew up urban. Though she went to college in Connecticut and has traveled and performed in Europe in other US cities, she really is a New Yorker born (well, New Jersey) and bred. So it is quite an adventure and must surely require a certain curiosity and courage to move to a city of such different vibes and attractions. “Now I’m learning to slow down—helped by public transport since I’ve been here in Seattle,” she says cheerfully. “It’s healthy to moderate my pace.”

In her younger years, Jane was very athletic, going out for field hockey, track, high-jump, running (she hates running now) and gymnastics, but it was only in high school that she accompanied her best friend to an audition for a musical and discovered dancing. The director was a former ballet dancer, who, along with a friend of her mom’s saw Jane’s potential and helped guide her. She started with open adult classes—and trained “with a fair number of younger kids too.” From the very beginning, she took to dance’s “mix of creative and athletic. I loved the structure and technique and ritual of it. Over and over.” She smiles. “I like repetition.” 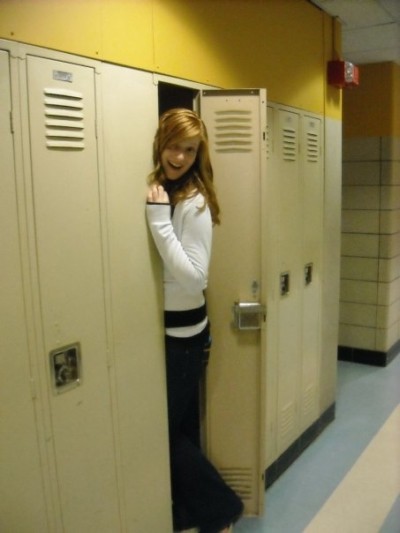 Well before the end of high school Jane knew she wanted to dance professionally. “But I had a deal with my parents,” who insisted that she apply to colleges that offered another degree as well. She did and got into several. Her choice was the Hartt School dance program at the University of Hartford. Jane was admitted under one director, but the administration had changed by the time she got there, and it was the new director who was “the defining factor in my 4 years there.” She was then, and clearly still is captivated by the variety of approaches to dance that she encountered. At the Hartt School, after their first year, students choose between a performance and a pedagogy emphasis. Jane chose performance, but also The curriculum includes course work in music, dance composition, performance techniques, kinesiology, repertory, technology for dance, and dance history. 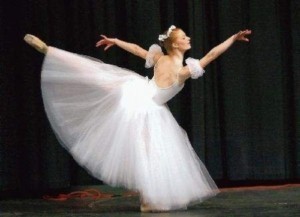 Before Hartt, Jane had trained predominently in ballet. The floor work in contemporary dance was something new for her. Her college career was a time of “trying things on. Pointe shoes are not meant for body work. I got it, but there were so many possibilities, so much new vocabulary.” She observed and often performed in pieces by iconic choreographers like Graham, Limón and Balanchine, and was fascinated by contemporary dance creators, such as Crystal Pite. And subjects like anatomy “taught me a lot about my body—how to use things, the articulation of individual areas.” 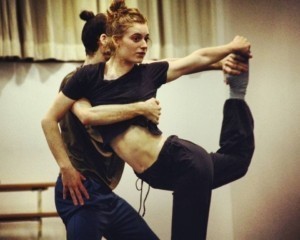 For many dancers, a stint in Europe is an essential, if informal, part of their education. After graduating from Hartt in May 2013 with a BFA in Dance Performance and a minor in Communications, Jane took off for a 2-month  program in Amsterdam during a huge festival. People were friendly and helpful, she took master classes and learned a lot about the organization of European dance. She came away intrigued and impressed by the high production values, the risks people were willing to take (with funding sources less precarious than in the US), and the open way of talking about auditions.

Back in New York, a free-lance life provided different charms, and pitfalls too. Jane loves the “atmosphere there, the funky spaces. It’s cool that in NY you can transform anything into a dance space and make any weird concept into a thing.” She adds, “New York helped me to know who I was and what I wanted. It taught me my priorities. I love doing ballet. I’d never be able do the tricks, but it’s a way to keep as strong as possible.” Pointe shoes, however, “are not for me anymore. “She notes that one choreographer she’s worked with has “a completely different vocabulary and manner of relating to dancers in ballet and in contemporary pieces. They are different forms of communication. There are translation questions.” 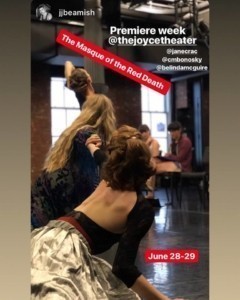 This awareness and reveling in the variation of dance forms seems especially characteristic of Jane. Over the past 5 years, she has performed in various one-off shows and some film. She enjoys improv  sometimes and has tried immersive dance (where there is virtually no separation between performer and viewer) too, but concludes that she prefers the formality of concert dance. She’s worked with groups like Joshua Beamish’s MOVETHECOMPANY, CEMA Dance (the collaborative-based project of dancer/choreographer Rachel Hagan), and Pigeon Wing Dance, whose founder Gabrielle Lamb choreographed the lovely Joinery for Whim W’Him’s January 2018 program. Jane first encountered Gabrielle in ballet and contemporary classes, and says “She’s fantastic. I followed her around. She is always exploring.” 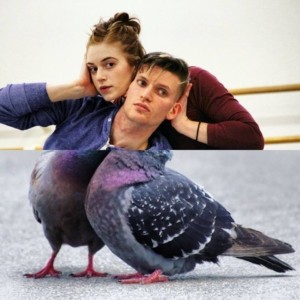 She has also found that when you have met people in New York, the chance to get to know and work closely with them in some other place allows the connection to blossom in a way it might not without that hothouse introduction. A case in point for Jane was working in Tulsa alongside Manuel Vignoulle (whose compelling first piece for Whim, RIPple effECT, premiered in May of 2015). 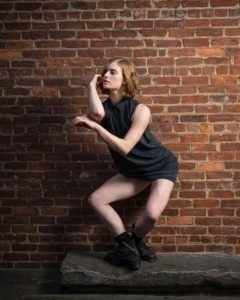 Among the less agreeable aspects of dancing in New York was the incessant chatter of social media, the need to be “very self-conscious as dancer. The insanely perfect photos. All the tricks.” In short, the whole question of “the photogenic vs the artistic.” In an odd way, it was always the same at the big city epicenter—constant hyper-competition, the need to continually reinvent oneself. Despite “free-lancer’s fear of being out of New York, of missing out on something,” the idea of trying out somewhere different was appealing. 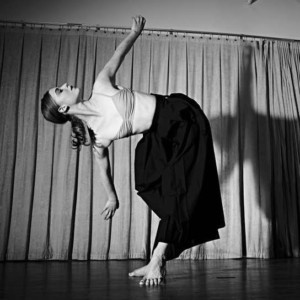 Jane first auditioned for Whim W’Him two years ago. “I got decently far the first time,” she says, “and was particularly down when not chosen.” She has been following the company since. The next year she wasn’t invited and again was cast down. But the third time, the chemistry was just right. After Tory Peil had announced her retirement from Whim, artistic director Olivier Wevers, returned from the New York auditions this spring, delighted to have found “a wonderful redheaded dancer named Jane.” 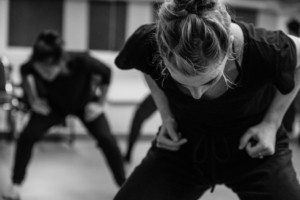 Jane seems to be settling in well to her new, less frenetic Seattle life. She loves the work that goes into dance, and some of the more contemplative aspects of it, one might say. “I like to warm up, to be there [in the studio] early, to coax my body.” She is responsive to the closeness to nature of this region, and though the search was discouraging at first, she’s found an apartment she likes. She takes open classes at Pacific Northwest Ballet and has landed a supplementary job teaching barre fitness-training. (“I’m on fence about teaching actual dance,” she says, and she would “never, never” want to analyze yoga to do certification training.) The other Whim W’Him dancers are “talented and kind,” Jane reports with enthusiasm, and she is eagerly exploring work with different choreographers alongside this close-knit, quirky and generous group of people. “I am very excited and grateful for what is to come!!“ 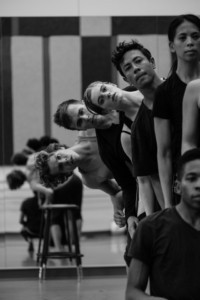