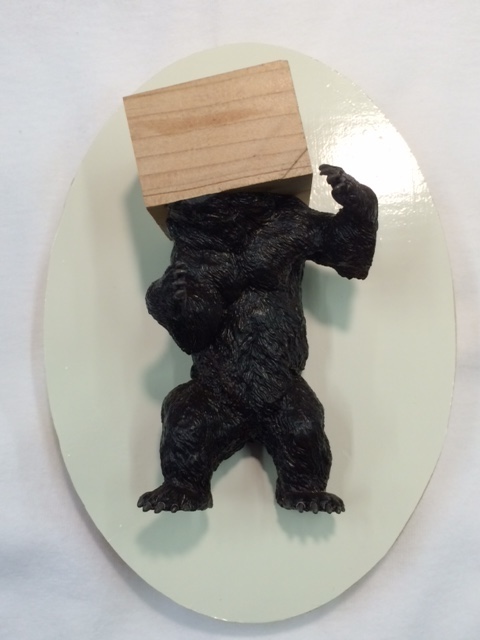 “The BLOCKHEAD series,” says Kelsey Fernkopf, who is contributing the piece above (called ‘Scary Bear’) to Whim W’Him‘s Out On A Whim 2014 auction and fundraiser, “started 7 years ago. Essentially, they are about communication and identity. When I put a blockhead on something, whether it is a porcelain collectible… 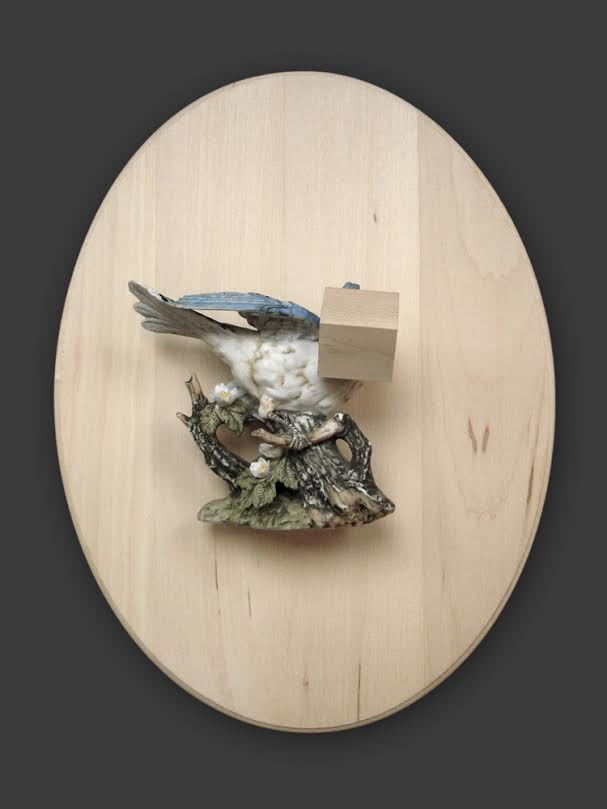 “…or a plastic toy bear, like the pieces now on view at Columbia City Gallery,

“I think they give that animal a sense of dumbfounedness that, depending on the gesture of the figure, personifies a range of emotions from the whimsical to the profound. I take away the figure’s identity, but replace it (through the block) with a focus on the gesture.” 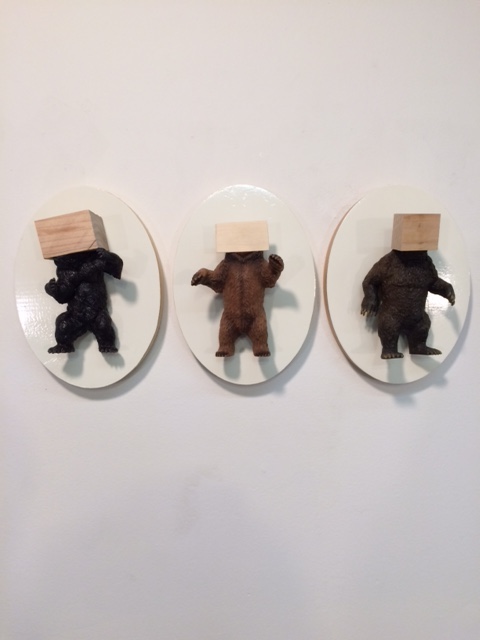 As a kid in Kansas, Kelsey drew and painted. His dad was a high school teacher, and their best family friend was an art teacher, who had a lot of influence on Kelsey and with whom he still remains in touch. In high school Kelsey worked with silver. In art school, at the University of Kansas, he specialized in bronze figurative sculpture. Later he turned toward pop art, as can still be seen in his BLOCKHEADS. For that ongoing series, he started out with plastic toys and now combs vintage stores or spends hours eBay going through photos, looking for just the right kind of creatures to bend to whatever idea he has in mind. 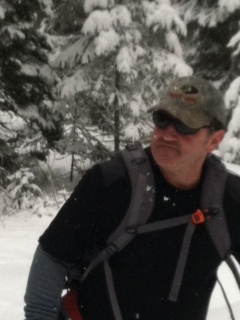 Kelsey has quite a different day job. In art school he met someone who made neon signs. Intrigued by yet another medium, one where you could both earn a good living and practice a useful art, Kelsey enrolled in a trade school program and found his profession. 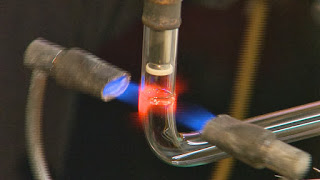 Now he  is a neon sculptor, or “tube bender” as the plainspoken term of the trade has it and is a wizard with liquid light. He works for Western Neon Custom Signs and Service, on 4th Ave S, where they call him “one of the best glass benders on the West Coast.” 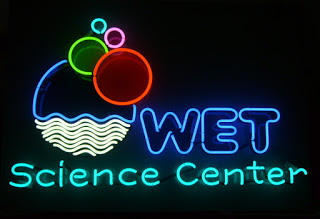 As this King 5 News clip demonstrates, it’s Kelsey who is The artist behind the “Rainier R”.

He was the craftsman who replicated the iconic R which less than two weeks ago was hoisted up on top of the old Rainier Brewery building and now once again shines over the southern approach to Seattle, as it did for almost half a century between 1953 and 2000. The 450 light bulbs inside R are LEDs now, but Kelly fashioned the R shape itself the old fashioned way, bending, cutting, soldering, and blowing into tubes which, once the impurities inside were burned away at 500 degrees, were filled with red neon. 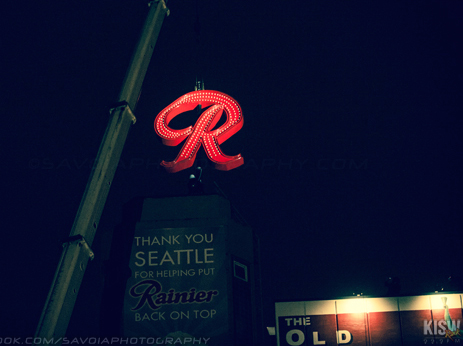 Tomorrow, Thursday, November 6, the afternoon before Out on a Whim, Kelsey will be setting up auction pieces for the evening’s party, along with artist Kelly Staton. One of her witty portraits in oil of a pet of your choice will be among the wildly varied artworks on offer. 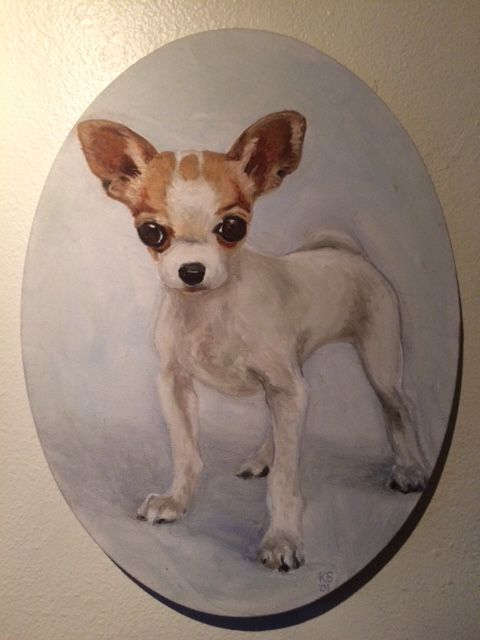 Tickets to the festivities still available at: Out On A Whim 2014 – Brown Paper Tickets!