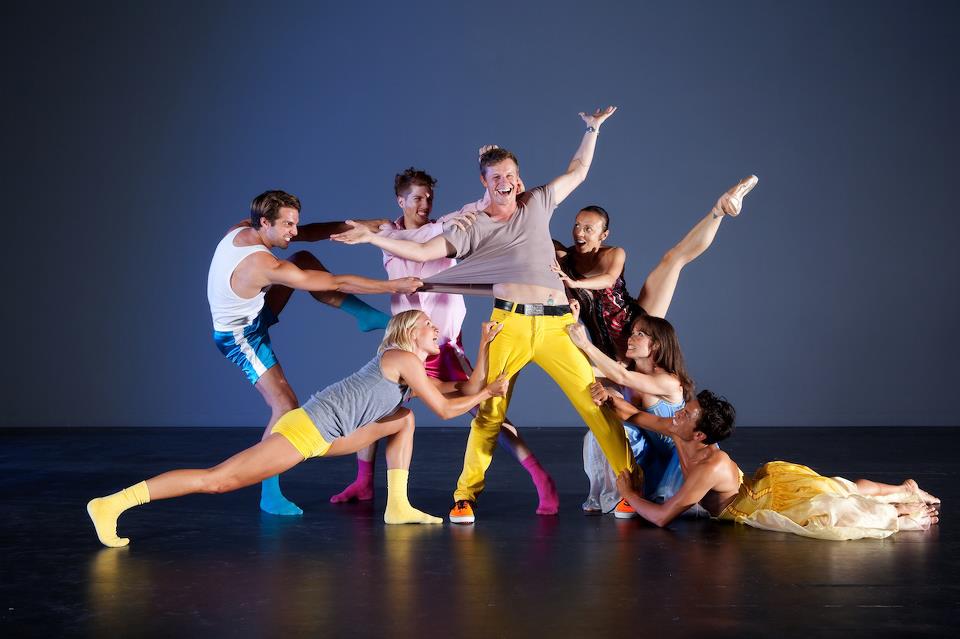 On April 6, 2013, This is Not a Raincoat, More, FRAGMENTS, and Monster, all choreographed by Olivier, will be performed at Pantages Theater in Tacoma.
In the studio today, Lara Seefeldt was learning FRAGMENTS, which won the 14th Annual Dance under the Stars Choreography Festival in Palm Desert, California, last year.
A duet originally for two women, it is now reconfigured for a woman and a man, to parts of Mozart arias and Ave Verum Corpus. 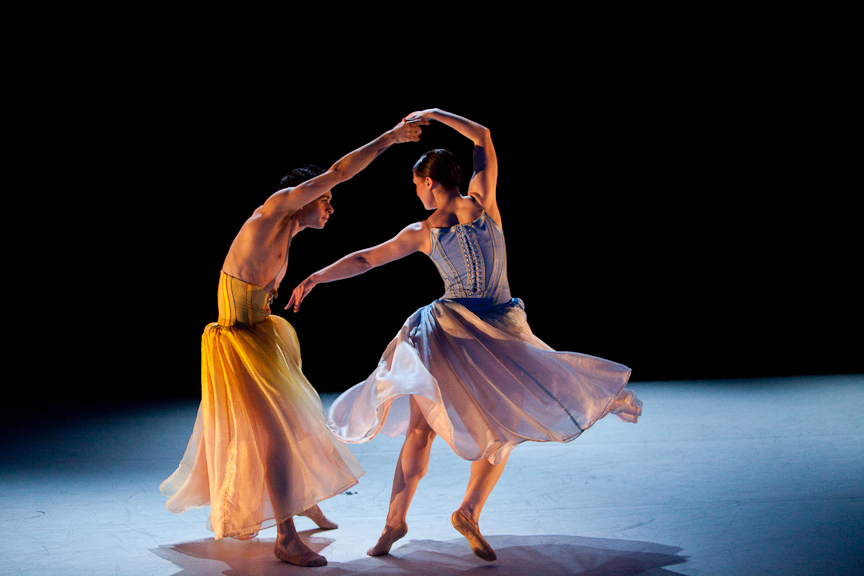 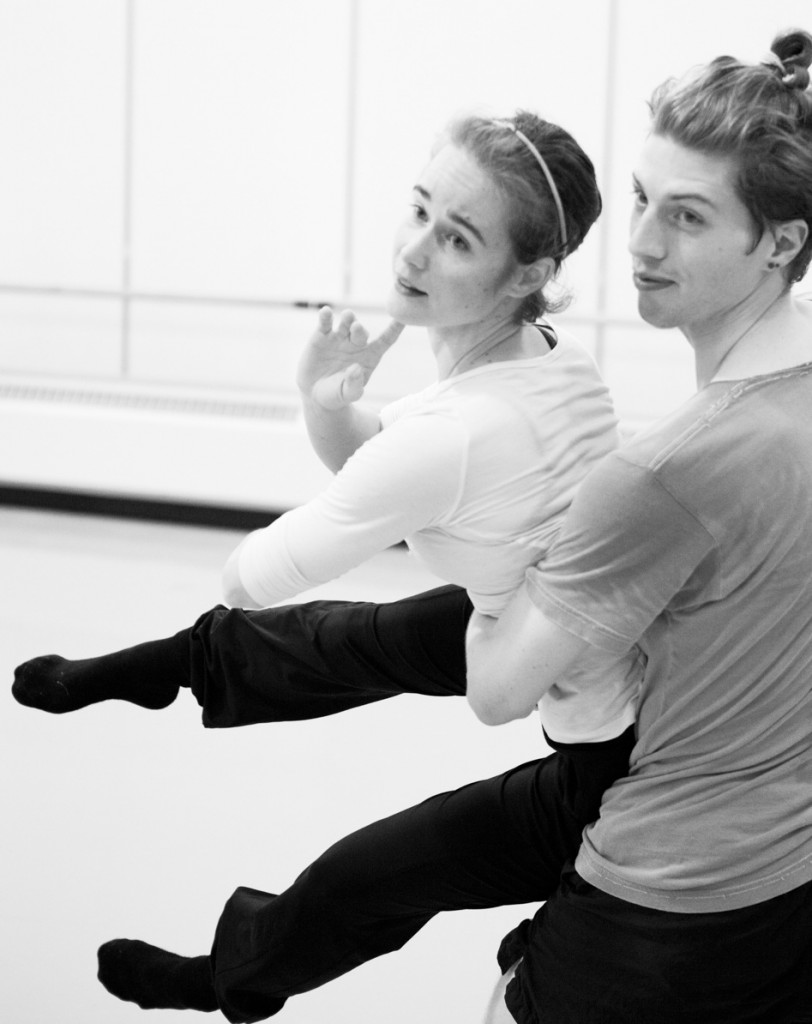 and she took to it this afternoon with gusto. It was was also great to watch Olivier doing the first section with her—despite his breathless complaints that he’s totally out of shape. In May, Lara will perform FRAGMENTS with Vincent Michael Lopez (who danced it at Palm Desert and is now on tour in Asia with Spectrum).

In another part of the studio Tory Peil… 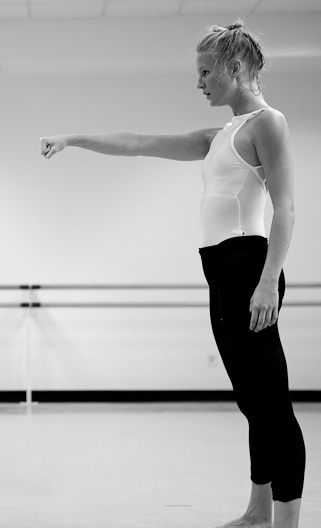 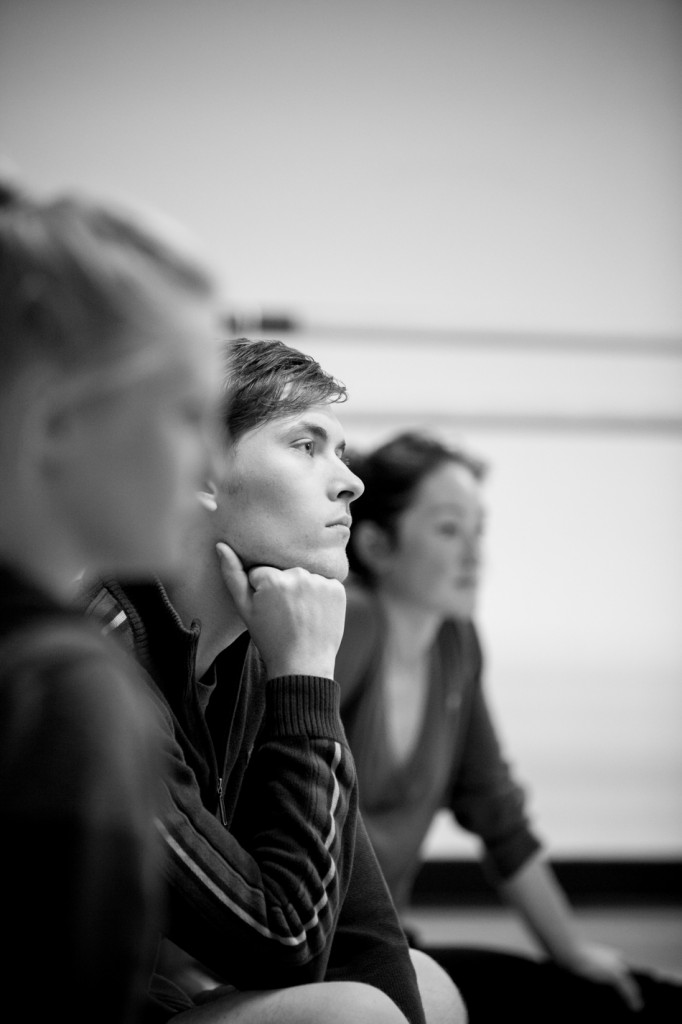 were going over the second, or “Addiction,” section of Monster. It is always intriguing to see new dancers in a piece. It’s never just a matter of acquiring steps (and “Addiction” has scarcely a literal “step” in it, since it takes place almost entirely on the floor).
Differences of body shape, personality, and quality of movement influence how dancers inhabit their roles. Tory and Kyle picked up the movements quickly, though some of the contorted positions for Tory were tricky to execute.
“I’m stuck, I’m so stuck,” she cried at one point. “I understand. I just can’t do it!”
As Olivier says, the first time it’s worked up to gradually, developed bit by bit.
Subsequent performers start at the end of the process and have to work back.

The nature of the rapport between the dancers in a pas de deux is also a crucial ingredient that develops in the rehearsal process.
Kylie Shea Lewallen and Ty Alexander Cheng… 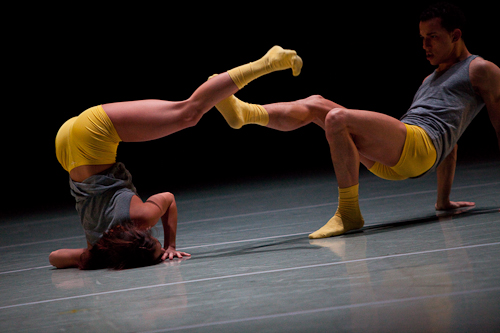 the original “Addiction” cast, were sinewy, concentrated, and intense. I am curious to see how the duo of Tory and Kyle will play itself out in this piece, at once intimate and brutal.
At the moment they seem more angular, elongated. Perhaps Tory and Kyle will be cooler or more distanced in their interpretation? They are sure to be just as riveting, but in a different style. It is very early days yet for any accurate prediction at all.

Next week: What is Olivier cooking up for this spring’s two new pieces?
Find out why murder & emotion, confession & expression are on his mind.