From ballet training in his native Belgium, Olivier learned the beauty, passion and discipline of the art. On coming to North America at age 19, he discovered the exhilaration of many new dance forms. As a principal dancer, first with Royal Winnipeg Ballet and later, for most of his dancing career, with Pacific Northwest Ballet, he acquired his strong conviction that dancers are the heart and soul of a company. As such they, and artists in general, must live at the very center of the process, their dignity, psychological and creative growth and safety deemed just as essential as their technical accomplishments.

During his years of performing in classical and contemporary works by choreographers from around the world, Olivier also discovered the thrill of making dances and how imaginative story-telling and movement exploration connect to caring about individuality and physicality. Creating dances fed his perennial curiosity. It became “my way to express myself and, during the process, to be able to learn more about the human condition, start dialogues, touch people and share ideas, reflecting on our times and our humanity.”

While still dancing with PNB and developing his own choreographic approach, Olivier became convinced that only by starting his own company could he create the works he envisioned in an artist-centered sanctuary where kindness, empathy, and collaboration are built into the very DNA. The result is Whim W’Him, with its yearly Choreographic Shindig for which the dancers choose the choreographers; emphasis on new works; transparent and candid leadership; ethical practices and equitable pay; commitment to diversity and social justice; and dedication to uncovering and nurturing new voices. 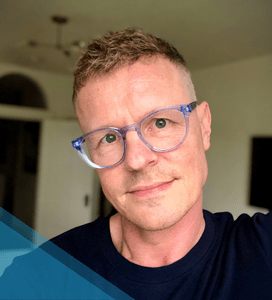