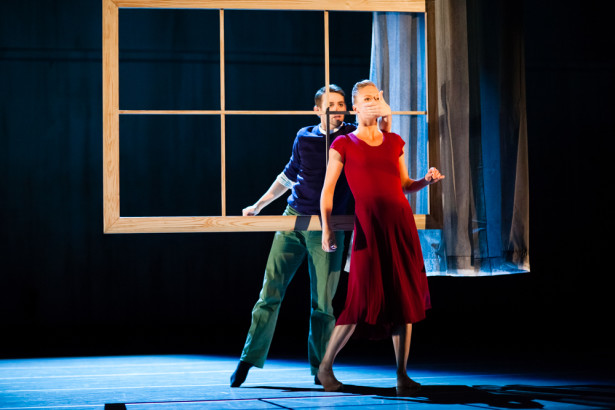 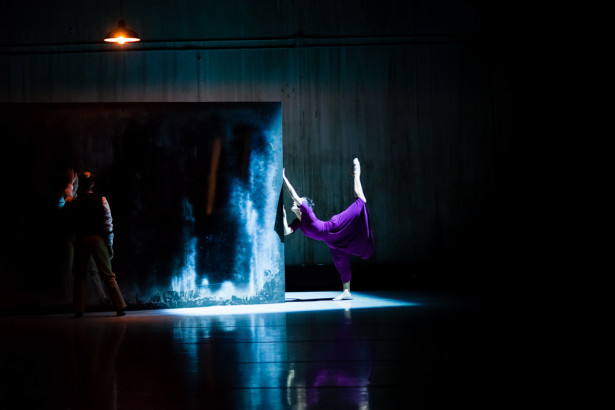 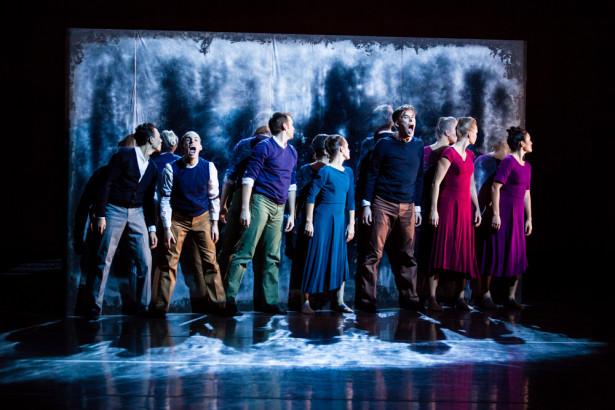 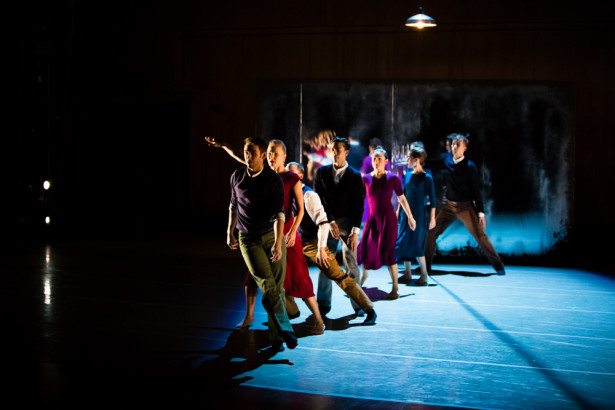 Mid Century American painter, Edward Hopper, found epiphanies in seemingly mundane and typical scenes of everyday life. In his 1914 painting, Soir Bleu, Hopper captured seven individuals at an outdoor cafe in Paris. As in most of Hopper’s paintings, the characters are pensive and still; gazes fail to meet––each person is lost in a private world. Hopper had a way of making us wonder what happened just before or just after. Inspired by his life and work, Penny’s Soir Bleu explores both such transitory moments and the long-enduring relationship between Hopper and his wife Jo, who posed for the women in his paintings and gave up her own artistic career for his.

The most engrossing dance of the evening was Saunders’ Soir Bleu, inspired by an Edward Hopper painting of the same name. The whole company shone on stage in this varied, episodic little ballet.

This is an ensemble ballet and its energetic style showcases the diverse skills of the Whim W’Him dancers. Each of the seven remains in his or her own world, whether moving together or in smaller groups. Even when the dancers touch, they look away, as though human intimacy is too much to bear.