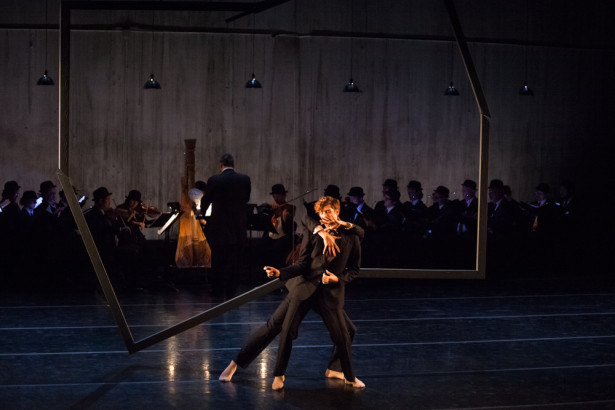 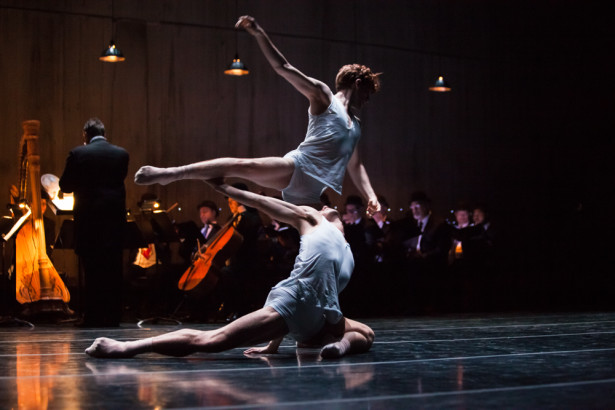 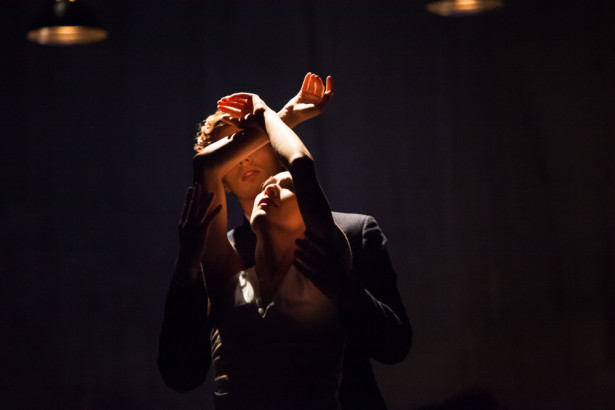 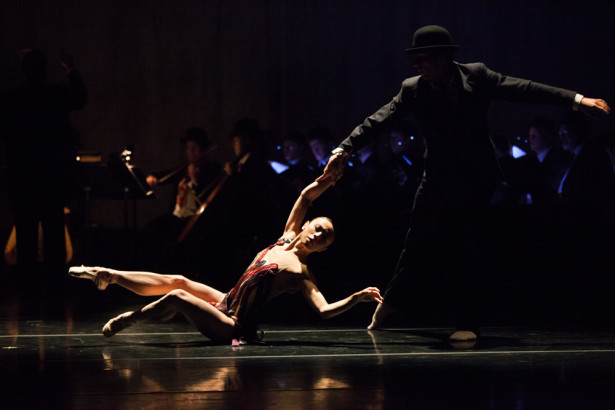 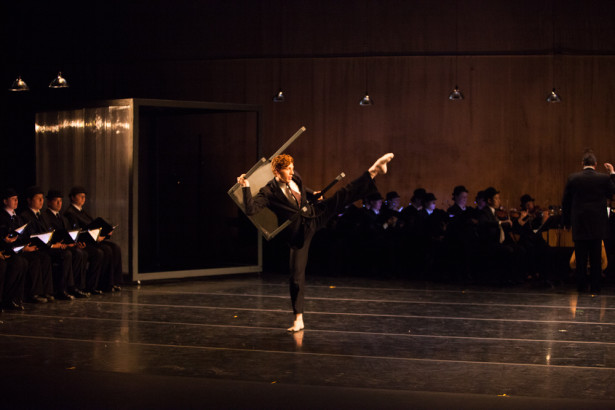 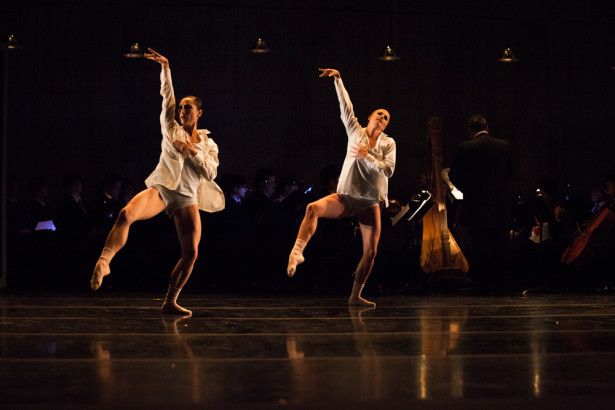 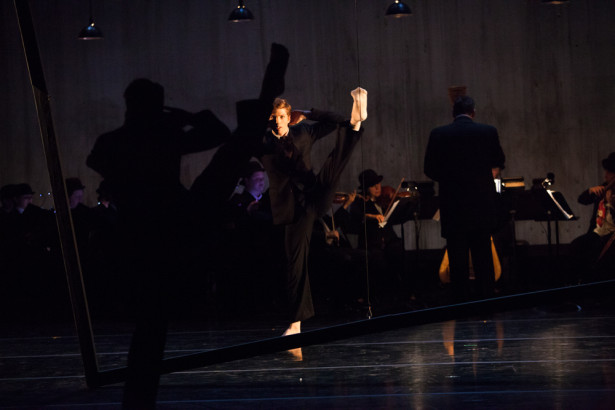 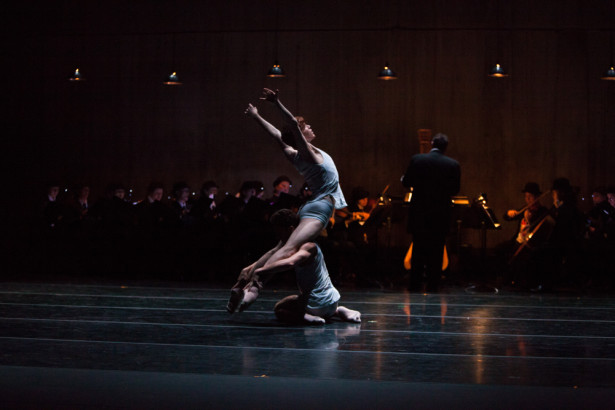 Based on 18 poems by Constantine P. Cavafy, Approaching Ecstasy imagines what it must have been like to be a gay man in Egypt a century ago.

Though Greek by origin, Cavafy lived most of his life in Alexandria, Egypt. He was a curious combination of an conscientious, up-tight businessman-bureaucrat and a freethinking, adventurous poet, sensualist, and gambler. In a long battle with cancer, he had a tracheotomy and spent his last few months of life unable to speak.

The piece is 86 minutes in length, without intermission. In various combinations, a choir of 40 men and women perform the poetry in English and in Greek. The English words of each poem are sung a cappella and in unison by some or all singers of a smaller group of 16. The Greek versions are sung in more complex arrangements and open out into dance.

The love poems, chosen and translated by Eric Banks and choreographed Olivier Wevers, are straightforwardly sensual. Their overt meaning is seldom veiled or obscured. Yet considerable subtlety is required of music and dance that hopes to explore their layered, even contradictory complexities. An engaging new Dance Collaboration with The Esoterics and the St Helens String Quartet.

In Ecstasy the combination of poetry, dance and music… was a bold and successful choice, not only layering metaphors about human passion, loss and love into the production, but subtly displaying the tender and harmonious relationship between multiple forms of art.

May 18, 2012
Cornish Playhouse at Seattle Center