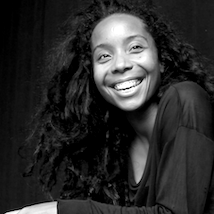 Bell has won several awards, notably a 1st Prize for Choreography at the Solo Tanz Theater Festival in Stuttgart, Germany in 2011 for Grief Point. and a 2015 National Dance Project Production Award from the New England Foundation for the Arts. Additionally, NEFA awarded the company a Production Residency for Dance. The collaborating soloists on works she created also won performance awards for two different solos at the Stuttgart Solo Tanz Theater Festival (1st and 2nd Prizes respectively). The company was one of 25 recipients of the Dance Advancement Fund from Dance/NYC in 2017. Her work has been seen throughout the United States and in Denmark, France, Austria, Bulgaria, Turkey, Slovenia, Sweden, Germany, China, Canada, Aruba, Korea, Brazil, and Greece. The company was lauded as #1 in Contemporary Dance by the Pittsburgh Examiner in 2014 for garment, in the Pittsburgh Post Gazette’s 2010 Best in Dance for ReVUE, and in the 2012 Year in Review in ArtsATL’s notable performances for Nudity. February 3 was named SIDRA BELL DAY by Mayor Thomas Roach in the City of White Plains, NY.