It was a gala night for Whim W’Him. The studio of Steve Jensen and Vincent Lipe‘s grand old Capitol Hill building was transformed from no-nonsense working space to a party venue with long tables full of tempting auction items. 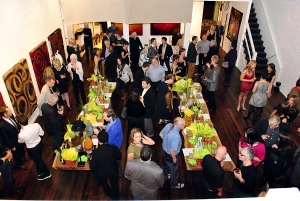 The gigantic room itself has been redone since the out-on-a-whim auction party last October, its exceedingly high ceiling stripped down to the original wood and its floor refinished, both to a deep and luscious shade of brown. The drinks table was on the mezzanine loft half way up this time, leaving plenty of space for guests to mingle with each other and among the auction goodies. Steve’s powerful paintings and carvings line the walls of the spacious main section, while in the area under the loft were the fine-art auction offerings (see earlier posts in this blog on some of the artists). 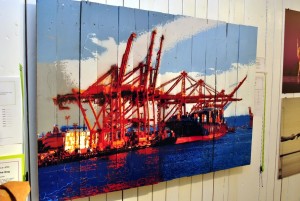 During this first part of the evening, Olivier Wevers, Whim W’Him‘s founder and principal choreographer, announced some exciting news: the appointment of Katie Bombico as Board President; a brand new $30,000 matching grant (good until the end of 2011); and the completion of a short film on Whim W’Him’s recent activities and future projects, among them Olivier’s new piece for January 2012, Thrown — on death by stoning and the human propensity to judge — and Whim W’Him’s upcoming collaboration with Erik Banks and The Esoterics, on a concert-length choral ballet: Approaching ecstasy, for May of 2012. 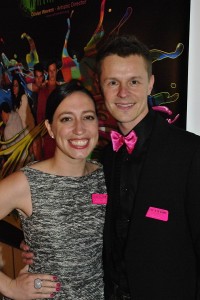 I had been present a few days before, while Michael Ganyo filmed Olivier talking about his most recent work, and was greatly impressed to see the finished product, when the film was shown that night at the party. Amazing how Michael works his wizardry, turning a welter of individual takes, and snippets of this and that, into a stylish and informative update on the company’s doings. (You can watch the film now on YouTube. 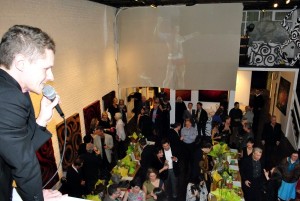 A last minute flurry of bidding, and the auction closed. I was especially sorry to see a magnificent, heavy silk scarf/shawl/cloak in black, white and silvery gray, created by Mark Zappone, go to a higher bidder. (The final price was almost double what we could pay! But c’est la vie — it’s just one indication of how well the entire auction did for Whim W’Him.) Mark costumed last June’s premiere of Olivier’s INAT$ (It’s Not About the Money), and is currently constructing marvelous garments for Olivier’s new piece, to be danced by Andrew Bartee and Lucien Postlewaite in January 2012 at Intiman Theatre. 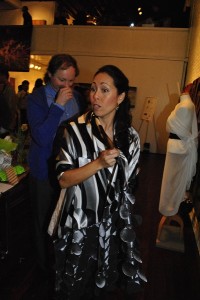 As the auction closed, guests were invited upstairs to Steve and Vincent’s fabulous apartment on the top floor and a lavish supper, featuring tender little chops, a host of tasty savory dishes. and a staggering array of sweets, from pumpkins, ghosts and chocolate spiders, to yummy tubular concoctions that resembled chocolate sushi — in form, not taste. (I think Whim W’Him is well on the way to becoming famous for the quality, variety and richness of its chocolate party desserts.) 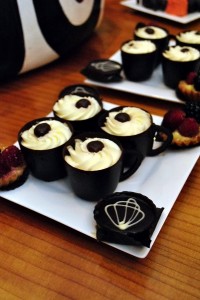 The excellence of the food was matched by specially concocted cocktails, live piano music, and good conversation — while Andrew Bartee was spotted celebrating his recently having turned 21 with some sort of lethal-looking iridescent highball. 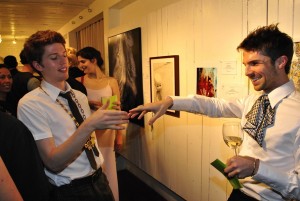 The grande finale of the evening was the dance party, back down in the studio with the infusion of a whole additional cast of characters. Dancers and non-dancers flung themselves into the melée with equal abandon. Later in the evening, Steve handed out hats, boas, other props, and Vincent led the crew in whimming long into the night… 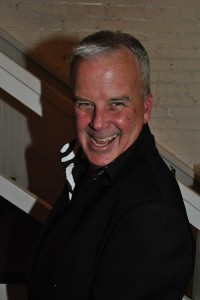