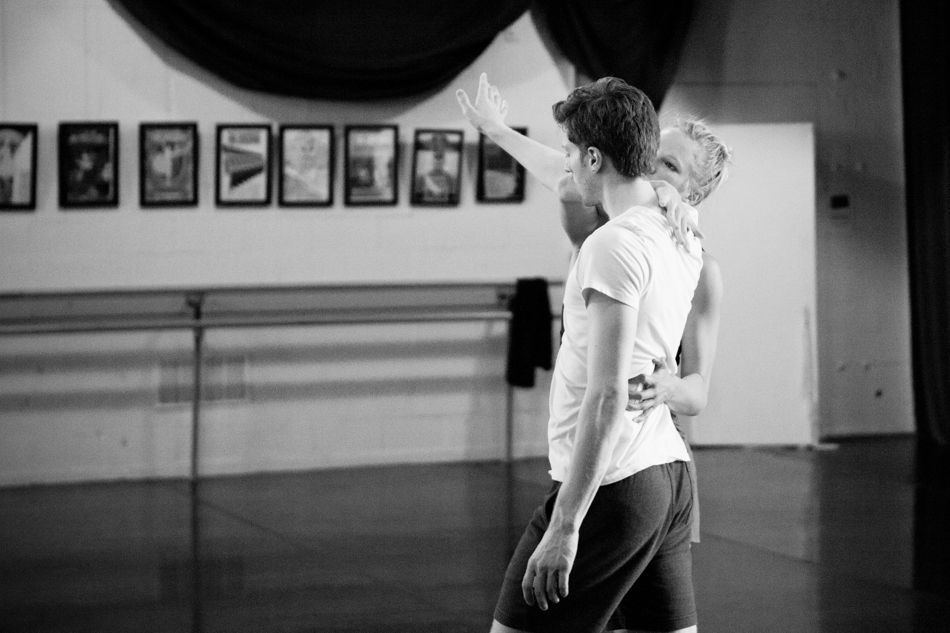 “I don’t remember a spark…” says the voice of Whim W’Him artistic director/ choreographer Olivier Wevers at the start of his latest creation, thus giving rise to the title of what is in many ways his most personal work.* Something like a stream-of- consciousness artistic manifesto—thoughts ranging from pet peeves to his deepest creative insecurities—Olivier’s new piece grew out of a series of interviews with a well-known Seattle-area journalist. The music is being composed by Brian Lawlor hand in hand with the choreographing. (Friday’s post will be on Brian and his work.) 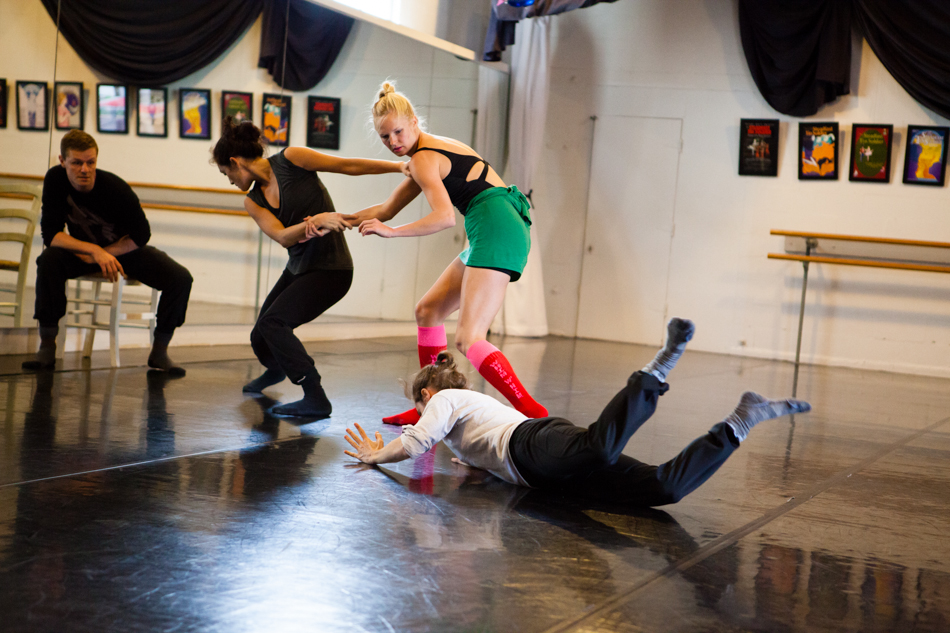 This project has all along seemed a big gamble to Olivier. He knows very well that it is tricky subject matter to treat convincingly. Since his own voice speaking words is at the core of the music, framing what is danced, it would be so easy for such a piece to come across as maudlin or defensive, too literal-minded or arrogant, self-absorbed or grim. And yet, with his characteristic humor and honesty, Olivier has pulled it off. He knows both how to take what he does seriously and yet inject a salutary dose of self-mockery—without descending into either self-loathing or whining. 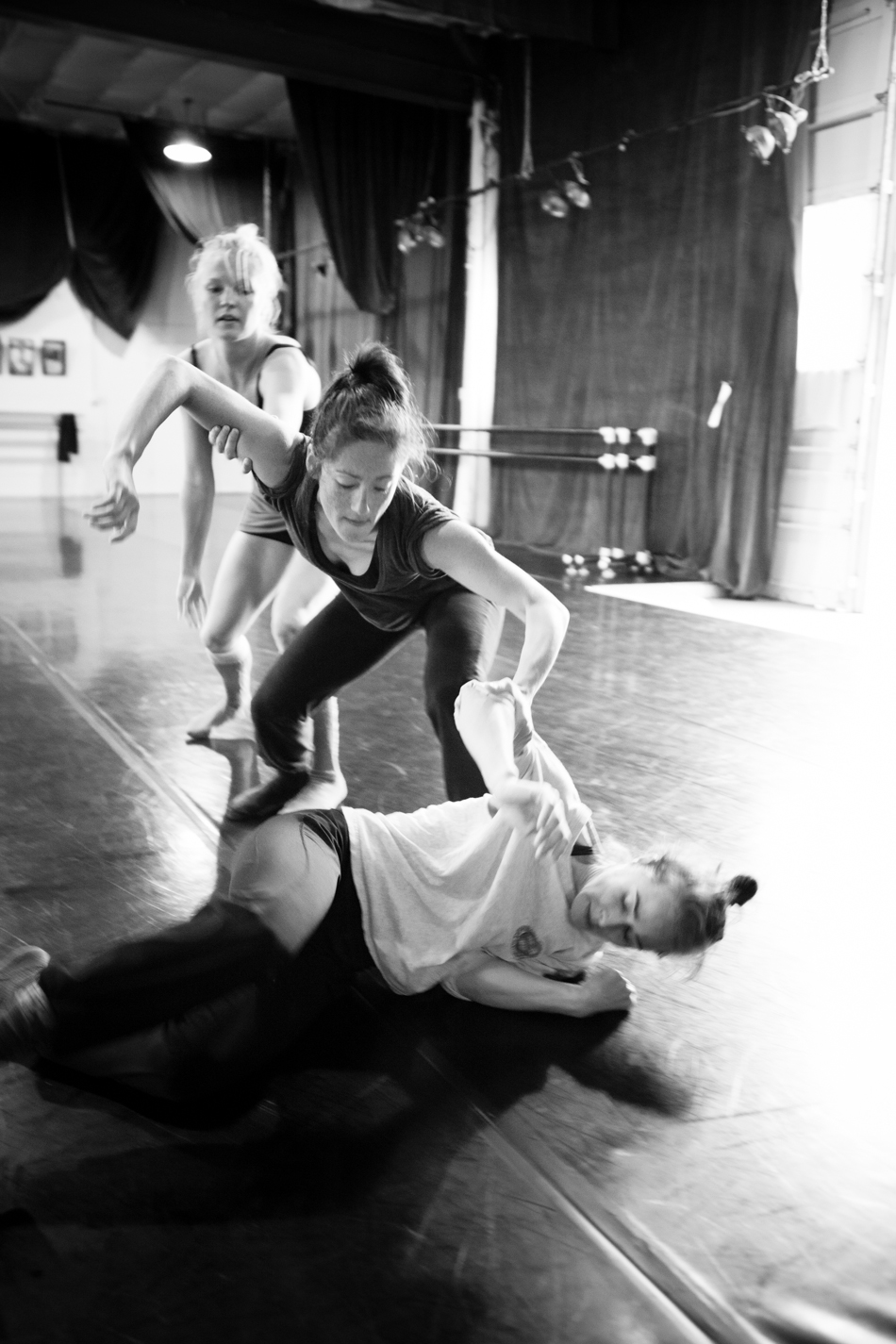 A lot of the credit, of course, also goes to the dancers, who really get the delicate balance needed between drama and irony, individuality and ensemble work.

Memorable moments abound. In one nightmare-like sequence, they writhe across the stage on different levels, bound to each other, their mouths opening in silent screams.

In another, a little jazzy hopping dance in unison is the comical embodiment of Olivier’s (or anyone’s) hesitations of thought and speech. 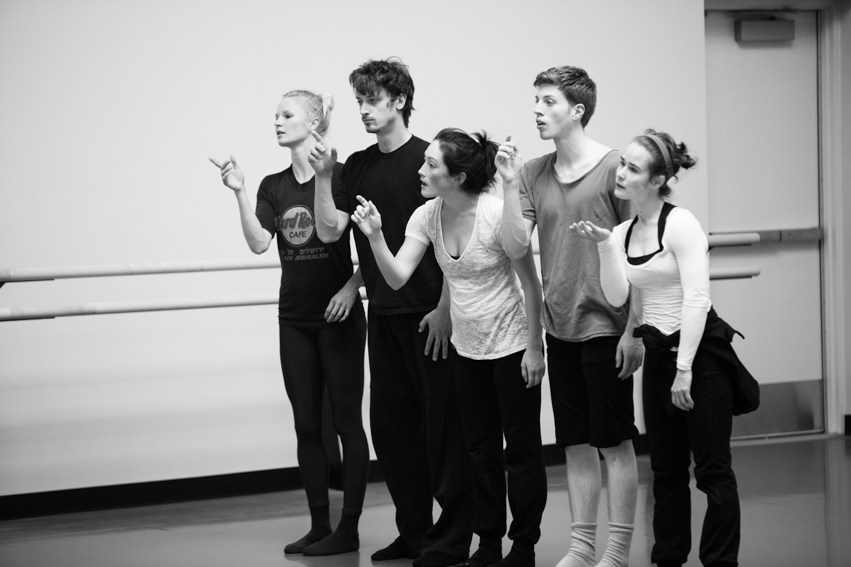 Today, Wednesday, has been a crux point in the choreographic process. A run-through at the end of rehearsal showed connections that weren’t clear before, transitions finally taking on their own logic, and new layers of meaning. The particulars of Olivier’s private journey as an artist are being transformed into a far more universal struggle to make something both beautiful (though that beauty may rise out of the mundane or the grotesque) and true (though it is born of doubt). 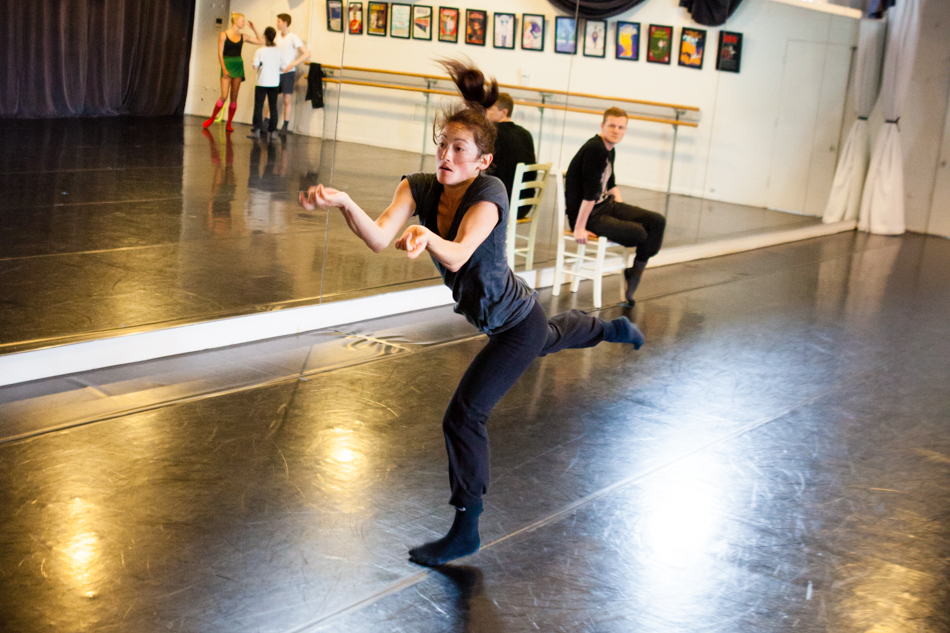 *This is not a spark will premiere May 17-19, 2013 as part of Whim W’Him’s Third Degree, at the Cornish Playhouse at Seattle Center (formerly Intiman Theatre). Tickets are available from Brown Paper Tickets at:  Whim W’Him: Third Degree