In the case of Joshua Manculich—the 1st of 3 choreographers chosen by the Whim W’Him dancers to create a new piece for September’s Shindig V program, which will open the company’s Season X—the inner child shines near the surface of the outer adult. When I asked him at what age he started dancing, I got the impression there really wasn’t a starting point. He was just born that way, improvising from at least 2 or 3 year old on. Recently in fact, he revisited a video of himself as a tiny boy he says and was quite startled to note how already at that tender age he moved in ways quite recognizable in him today. “My hands were the engine,” he says, “and they still are.” 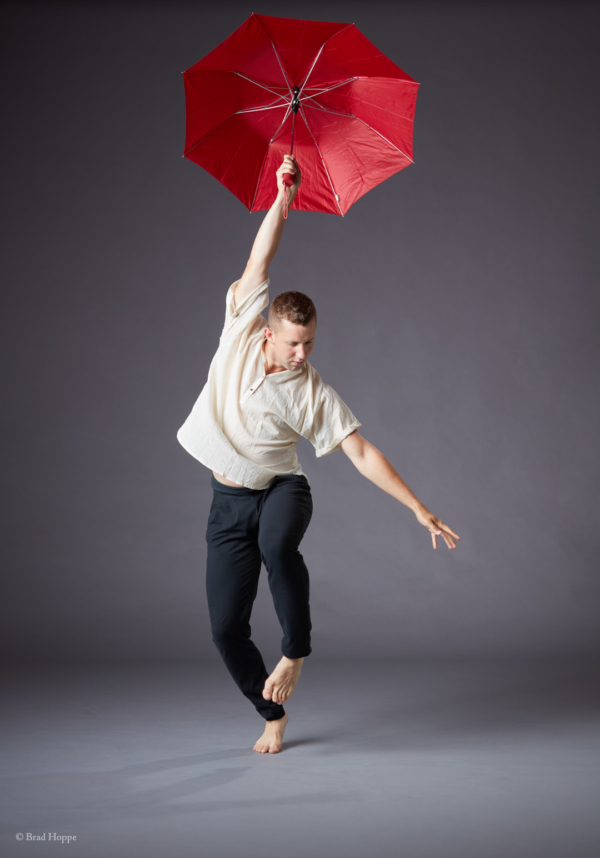 Josh grew up in Windber, a small industrial town in Pennsylvania. Before he ever thought of becoming becoming a professional dancer and choreographer, though, he took karate, “for self-defense,” by what you might call social necessity. After 4 years of karate training, though, he saw a ballet performance as part of a school talent show and told the ballet teacher who came to the school, “I want to do that.” He also insisted to her, “But you can’t tell my parents.” The teacher said that his parents did need to be told, so filled with trepidation, he went to them with his request. 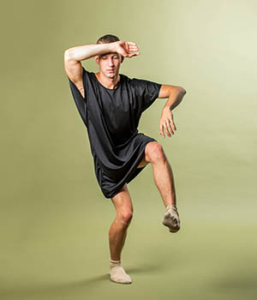 “Okay,” they said matter-of-factly, to his considerable surprise and pleasure. And that was the start of his dance trajectory. He loved ballet from the start: “It organizes the body in a way this is joyful, challenging, musical.” The use and defiance of gravity in ballet clearly fascinates him as well, while contemporary dance has taught him a lot about the deployment of momentum. He sees dancers as magicians, in a sense, redirecting energy in surprising ways. Once he had begun dance classes, summer intensives convinced him further that dance needed to be his college major.

Josh graduated from high school as valedictorian in 2005 and got his BA in dance with a psychology minor from Point Park University. Teaching and community involvement have been a central part of his life all along, in addition to dancing and choreography with numerous companies. At Park Point, he received the Conservatory’s Outstanding Graduate Award for his artistic involvement in the Pittsburgh community. After college Josh went on to receive a Masters of Fine Arts in Dance at the Ohio State and now holds a position as an assistant professor in the Department of Dance at Sam Houston University. In 2015, he was awarded a Princess Grace Choreography Fellowship, and he has taught master classes throughout the United States. Josh also likes to paint. 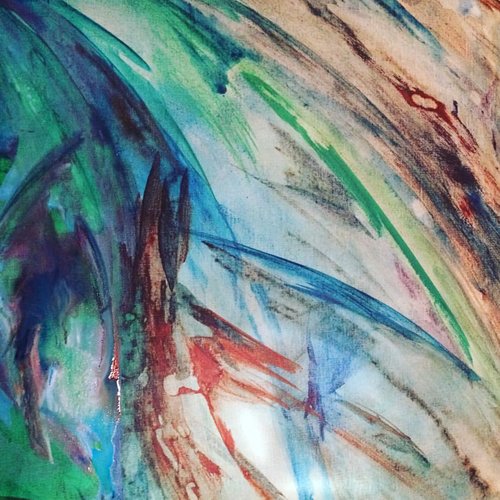 What makes dance such a tantalizing conduit to our inner child? And why,  after all, would we even want to locate or express that state or place? “As a teacher and choreographer,” says Josh on his website, “I am motivated by the belief that I can speak to an audience through the sweat and breath, the flesh and footfalls of movement in ways words cannot address.”

Coming face to face with his much younger self in that little video a few months ago reminded Josh forcibly of the degree to which, for him, his original small person of long ago still resides within the grown man. The encounter made him eager to explore with Whim W’Him’s dancers how they might gain access to their own child-selves and the playfulness, curiosity and openness to new experience of that earlier, less worldly time.

‘Unabashed’ is the interesting word Joshua chose to describe the quality he is looking for. There is a kind of honesty or innocence of inexperience in children that hasn’t yet incorporated all the artifices or the blocking and evasion tactics we learn as we grow older. 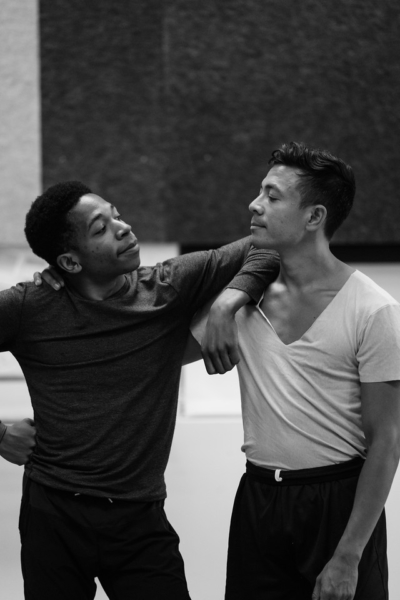 Although there are also dark and uncertain times in any child’s life, of course, Josh wanted in this piece to contrast a child’s unself-conscious sense of fun, a love of nonsense and laughter—the entertainment side of dance in essence—with the more conscious drive toward beauty and understanding of an adult artist. The Shindig V piece, to be called See-Saw, is a counterpoint interplay between the immediacy and playfulness of a child’s world and a dance artist’s more complex and wider view.

It’s a see-saw in several senses. The literal back and forth teeter-totter of a piece of playground equipment. The contrast between what one experiences now and memories of how one was in the past. The juxtaposition of the brand-new-seeing-in-the-moment quality of childhood and the complex combination of introspection and outward-looking of a grown mind, spirit and body making art.

So, Josh has structured See-Saw, which has been basically set in the last two weeks of June spent with the WW dancers, to see-saw between short episodic kid moments—partially fueled by improv on post-it notes memories-of-childhood put up by onlookers or the dancers themselves—and interludes of more abstracted, overtly intentional concert-dance art.