Studying for a BA in Dance at the University of Washington, Whim W’Him’s stage manager, Jill Carnine noticed in her technique classes that, despite her love of dancing, “I didn’t have that je ne sais quoi that others in my class had; I knew I wouldn’t ever make a career as a performer.” By that time she was half way through her course of study, though, so she decided to finish it and “just see what happened.” 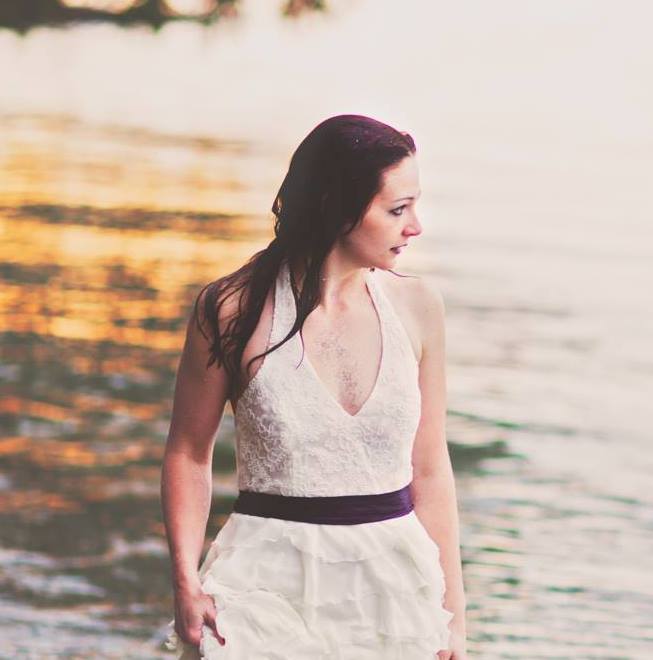 One part of the degree process was to work backstage for a show.
“I ran sound and I was TERRIBLE at it, but I was quite jealous of the person who ran the light board—he had so much to do!” One thing led to another, and at a festival that next summer, she not only ran the light board but helped with loading in (hanging and focusing) all of the lights. At the end of the festival, Jill says, “I asked, ‘Do people do this for a living?’ and, with that sentence, changed my entire life.” She spent the next year training as a stagehand and lighting designer. “One quarter,” she continues, “I needed one more credit to be considered a full-time student, so the Technical Director and I agreed that I would stage manage a show for an extra credit. It was there that I found my je ne sais quoi.” 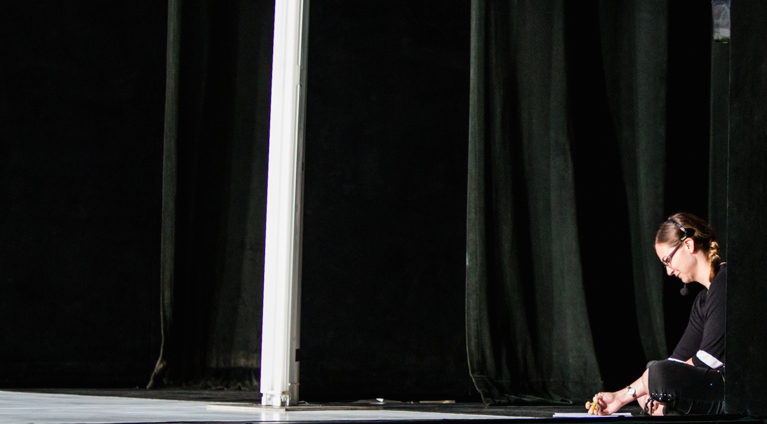 Around the time she graduated from college, Jill started interning with Pacific Northwest Ballet for Nutcracker.  “After two years, I got a phone call from the then Production Stage Manager because their Stage Manager had quit two weeks before the beginning of the season and they needed someone to fill her position. That was definitely the best phone call I’ve ever received.  I loved my job, and Olivier quickly became one of my favorite co-workers. At that time, PNB did a ‘Choreographer’s Showcase’ every year, wherein the dancers could choreograph on the company and we did one night of performances in the middle of another rep. The PSM and I would split up the pieces… and I always claimed Olivier’s pieces.”

After a few years with PNB, Jill decided it was time for her to move on, so she left and went to work with the Suzanne Farrell Ballet in Washington DC for a short contract, then moved to Oregon Ballet Theatre where Ishewas eventually promoted to Production Manager. She says she enjoyed production, but really wanted to go into the fundraising side of arts organizations, so she left OBT and moved back to Seattle to attend Seattle University’s Master of Fine Arts in Arts Leadership program. She also took a job at a law firm, “solidifying forever that I belong in the arts world.” Just this last week, Jill received her MFA, her third college degree. 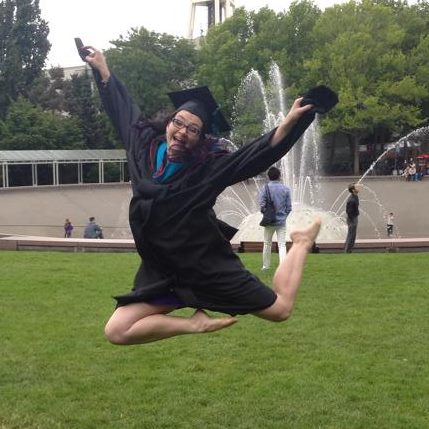 She still does stage managing but, Jill says, “Now I only call shows for two companies and only because I believe so strongly in the work that they are doing. I have been calling shows for Olivier since the beginning of Whim W’him—I think I missed one or two while I was in DC and Portland, but aside from that, I’ve been there for all of them and I have LOVED the progression of the company. Olivier

[Wevers, Whim W’Him’s artistic director] and Katie [Bombico, executive director] work so hard to do whatever needs to get done, it has been inspiring to watch. I love the work that Olivier brings to Seattle and am honored to get to work with such talented dancers, choreographers, and technical professionals.” 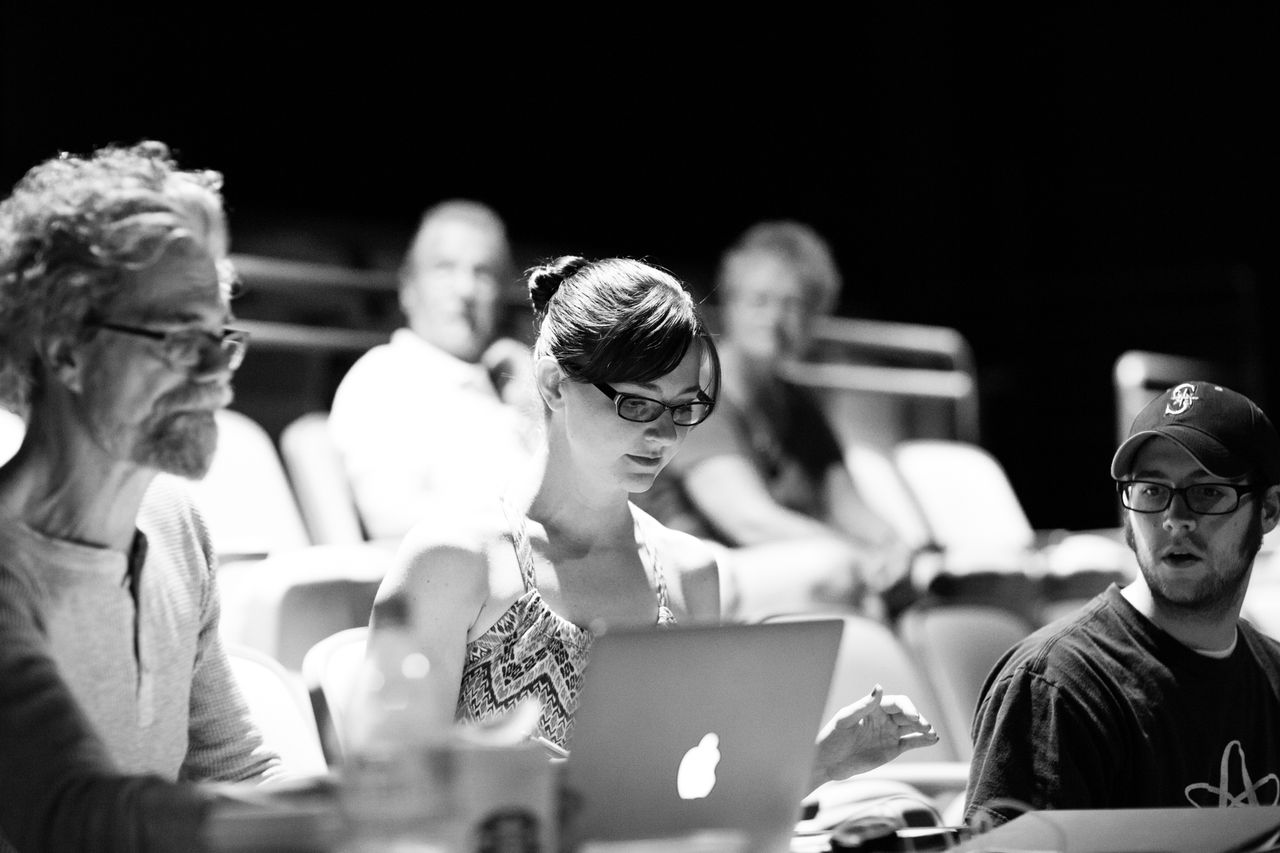 “But in dance,” Jill continues, “obviously, there isn’t a written lay-out of what is coming next, so everyone creates their own way of knowing when to call cues. I create tables with my cues in them so that I know when to change the lights or start the music. It’s common to find cue placements that say “Tory and Kyle run together, do funky arm swoop, and fall into ice-skater spin” in my notes. Another difference between the art forms is that dance stage managers rarely attend rehearsals—there are no blocking notes to take, no lines to feed, and I would never presume to tell a dancer how to improve their technique or perform a step. The biggest difference, though, is that in theatre and opera, there is generally a full week in the theatre to get all of the lights and sound and set and cues ready for performance, and this teching process is followed by four to six weeks of performances. In dance, we generally take three days to set up our tech stuff, then have one weekend—maybe two—of shows. It ends up being a very intense process and I thrive on the shortened timeline.” 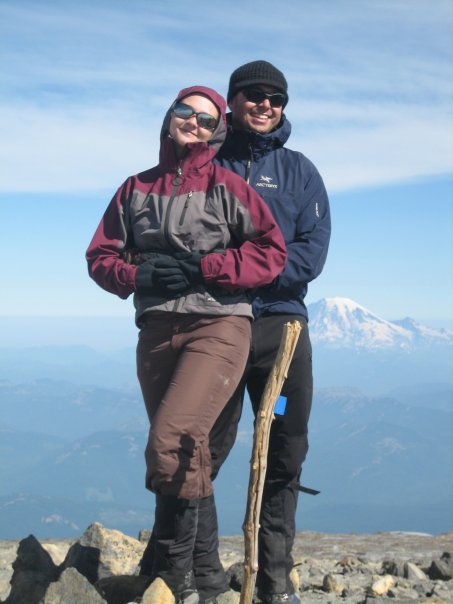 Jill does seem to thrive on short timelines and many activities. In addition to her theatrical and academic achievements, over the past few years, she has also has found time to ski, climb mountains (Mt Ranier this weekend), do professional event planning, and get married.
No wonder she is sometimes tired at the end of a day! 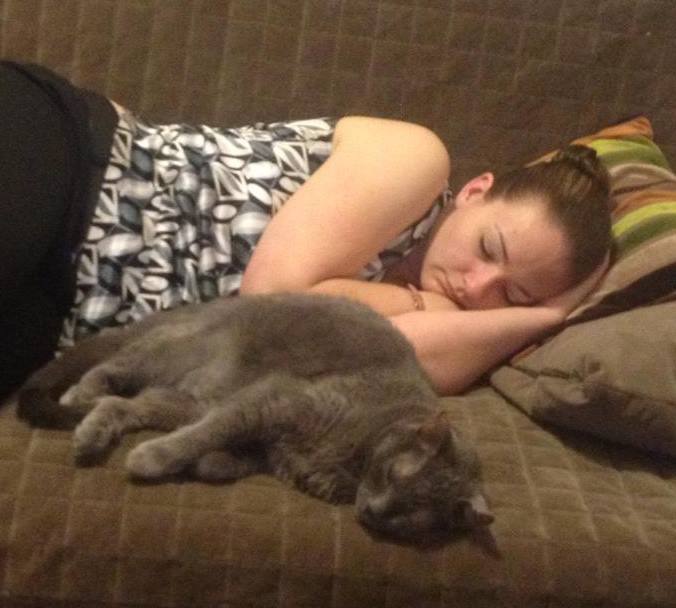