In Grand Rapids, Michigan, they take furniture seriously. The arts, too. And they have a nicely whimsical sense of humor. This is how the official city website has publicized the Grand Rapids Ballet Company‘s new Movemedia program opening tonight:
“‘The Sofa’ helped Grand Rapids earn a reputation as America’s Furniture City – and now it’s playing a key role in Grand Rapids Ballet‘s production of MOVEMEDIA, April 6 & 7. We’re following the sofa’s journey to the premiere by putting different area celebrities in the sofa seat this week.” 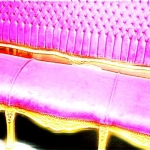 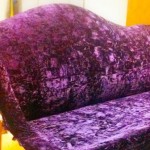 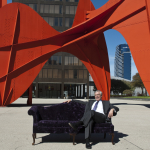 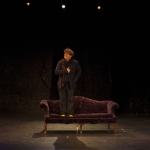 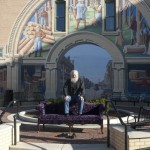 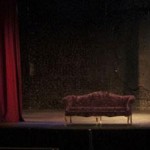 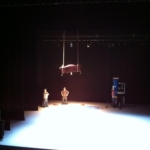 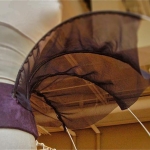 The sofa in question is the centerpiece, literally and thematically, of Whim W’Him artistic director and choreographer Olivier Wever’s latest piece. Although it brings to life an idea Olivier has long contemplated—a meditation, both comical and serious, on artifice and the roles, literal and figurative, of the furniture cohabiting our living spaces—this work is also a perfect fit for its premiere venue. The Sofa features a real settee that resided in the office of Patricia Barker, former prima ballerina at Seattle’s PNB, when she took over her new role as GRBC’s artistic director, a year and a half ago. From The Sofa to Le Divan to Sofa So Good to The Sofa between Us and back to plain The Sofa, the piece’s title has had its own progress of sorts. “I decided to go for the simplest,” Olivier says.

In an article on this week’s Movemedia program, Jeffrey Kaczmarczyk quotes Olivier on the challenge for the ten classically trained GRBC dancers of movements that subvert and distort usual balletic steps, and the way dancing in socks, instead of ballet slippers or barefoot, changes how you can move across the floor. http://www.mlive.com/entertainment/grand-rapids/index.ssf/2012/04/grand_rapids_ballets_innovativ_1.html

The Sofa‘s stage setting will be as white as possible, white floor, white backdrop, and white ropes hanging down. (The wings will remain black because the theater doesn’t allow the customary black ones to be flown high enough to accommodate white ones instead.) The only color is in the brilliant purple settee and the Baroque costumes of the central couple.

The first section of The Sofa is full of elaborate gesture and posturing, but in the course of the piece, costume and artifice are stripped away to leave basic leotards and even more basic emotions. The eponymous sofa becomes essentially one of the characters in the piece, as it is moved about, used as a barrier or a loveseat, and eventually raised on ropes above the stage, an object looming over the lives of those down on stage below.

The Sofa awaits…
(Wish I were there to see the curtain rise—and the sofa too!)

Next up: Approaching Ecstasy in Seattle…