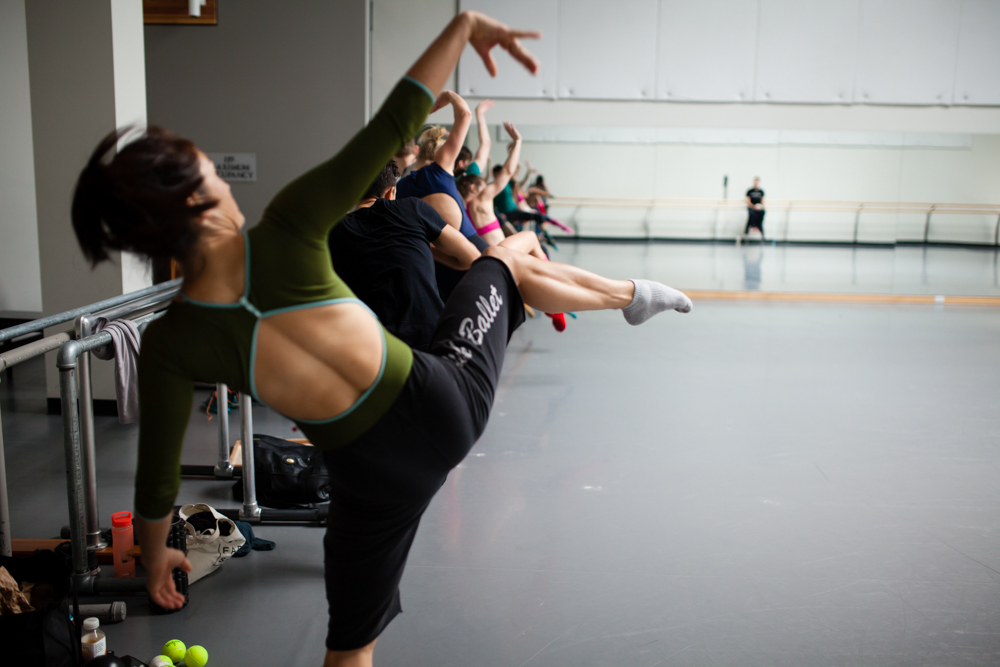 A while back, after the first round of creating his new piece for Whim W’Him‘s upcoming Shindig,* choreographer Joshua Peugh wrote me from Tulsa, where he was doing another job: “The working title for Whim W’Him is The Boy Next Door. It may change when I see the work again. I’ve been trying to let it sit until I get back with the company week after next. I haven’t looked at it or thought much about it since I left; I wanted to let it simmer for a while. The piece features music by The Lennon Sisters, The Mills Brothers, and The McGuire Sisters. As a rule, I don’t like to say much about the work before people have had time to make sense of it for themselves. I believe movement is the most basic form of human communication, and that dance—as an extension—should be accessible to everyone everywhere. I don’t want to color someones experience of the work before they’ve seen it. I will tell you, the design idea is 1940s TV game show.“ 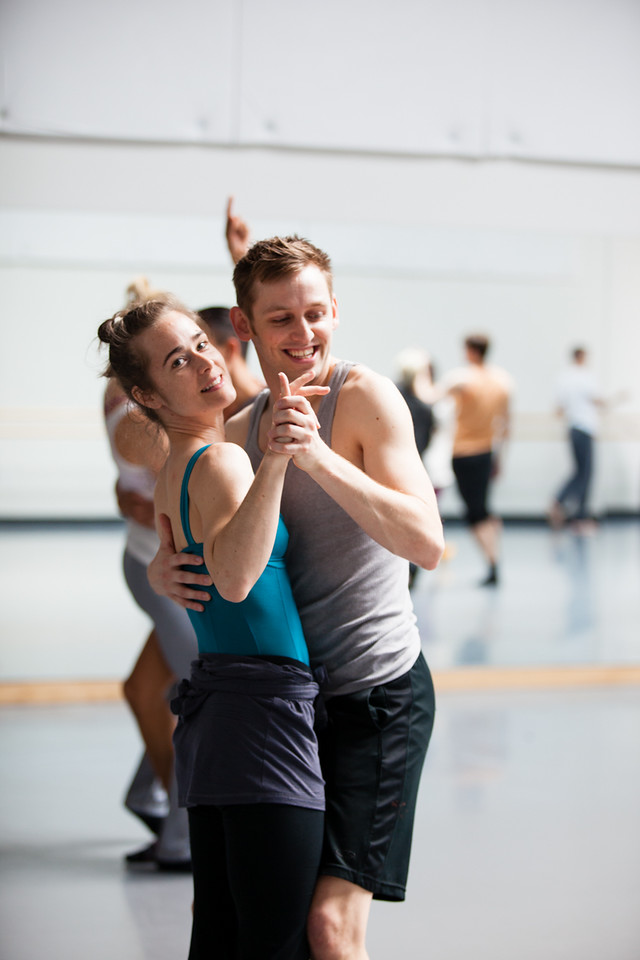 Joshua Peugh was born and raised in Las Cruces, New Mexico, his dad a Church of Christ minister, and a drummer, his mother a singer and a nurse. Dévotés of music, they in fact met in a Country Western dance class. Although his mom wanted him to play basketball, which she loved, she also had an affinity with the arts. When his parents tried to get him to go out for soccer, he just wasn’t interested. But both his parents “have always been incredibly supportive,” he says, “because I was very driven and passionate about what I did.” At the age of 2, Joshua was already dancing ballet and tap. “I sat and watched the entire Baryshnikov/Kirkland Nutcracker,” he reports, “and so my grandma said, ‘Sign him up.’” 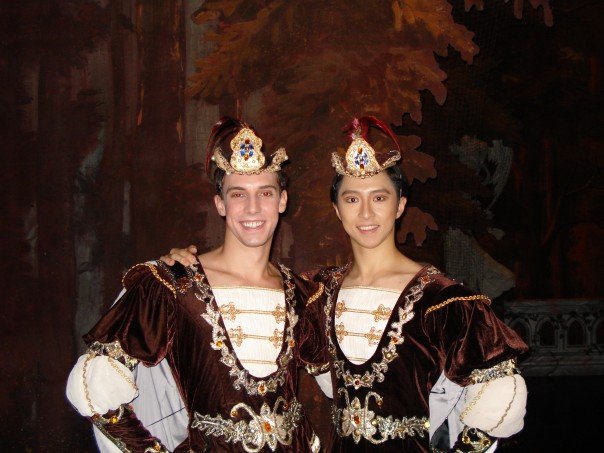 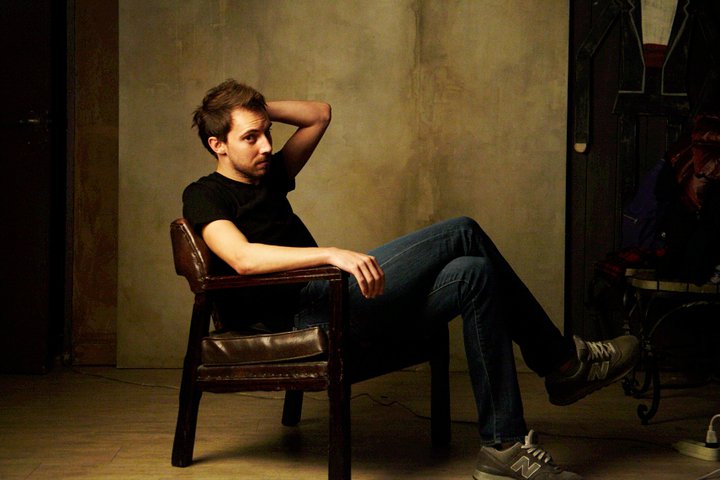 He adds that “especially on writing, King has the exact same ideas about creativity and making art as mine. The great thing about him and others like him is that they entertain and also deliver questions (not so much answers) on why people do what they do. That’s what good art does—or the art I’m interested in does that. I don’t like blood and guts—I have too lively an imagination—but King’s writing is so lively you can get lost in it.” 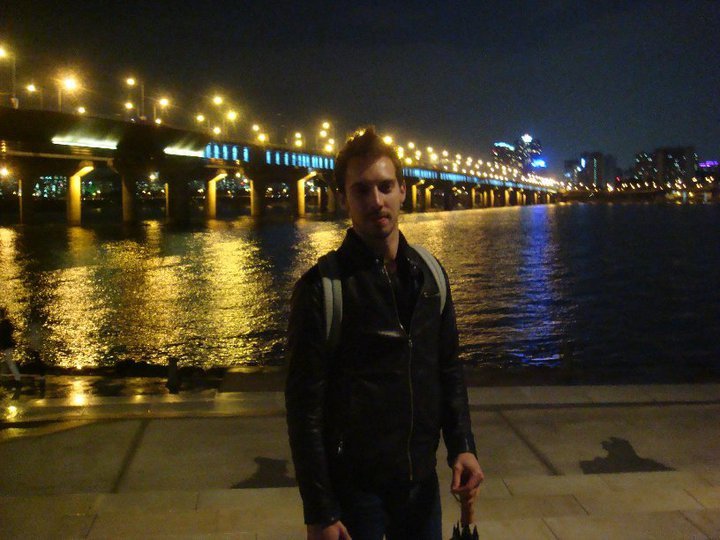 The idea of getting lost in what you are doing is central to Joshua’s approach, to life and art. When he graduated from college, a teacher of his, who had worked for Universal Ballet, in Seoul, South Korea, suggested that he audition for the company. He sent a video, got the job and stayed six years.

Korea had profound effects on Joshua. Personally, he remarks, “I loved being lost and not being someone in specific. I learned to redefine myself in a new way and place.” He also learned to speak Korean, and when he tired of dancing Swan Lake and Giselle, he taught Kindergarten for a year. (By the way, the Korean pronuciation of Joshua—Cho Shu Wa—is a woman’s name in Korea, which on occasion has caused confusion.) He says, “I love that the culture there is still is intact. The country is saturated with Western ideas, but they still do their best to maintain

[their own/traditional] music and dance,” and adds, “I would have stayed forever, except for family back at home.” 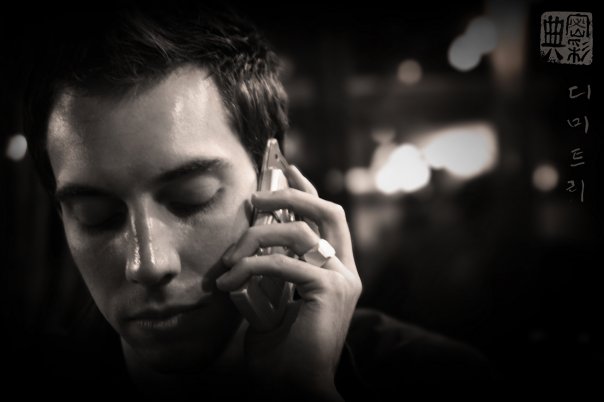 Artistically, as time passed, Joshua had become less enamored of dancing classical ballet and curious about the work of such choreographers as Nacho Duato and Ohad Naharin, immersion in whose Minus 7 brought on an epiphany about what dance meant for him. As to choreography, he says, “I always did that sort of stuff. In college I made a choice to actively choreograph, right after a knee injury—a student choreography project. I liked it and so started doing it every year.” While at Universal Ballet, he taught at Hanyang University and through that connection was invited to create for an international dance festival at the Daegu Opera House. with a group of his students went to an international dance festival. “That,” he notes, “is how we ended up as a company.” 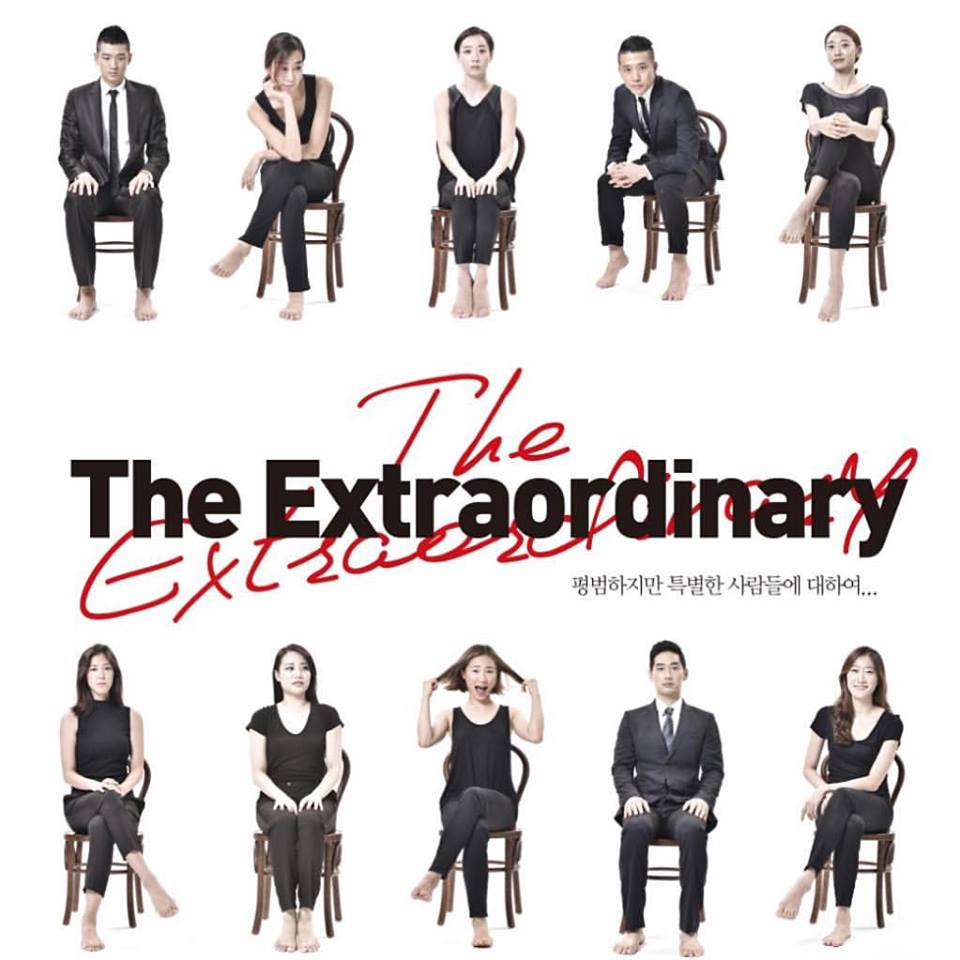 Although he returned to the U.S. in 2011, in a way Joshua did stay in Korea, because of having formed, with Cho Hyun Sang, Dark Circles Contemporary Dance, which had its first performance in the spring of 2010 in Seoul. The company has performed in Asia, Europe, and North America. 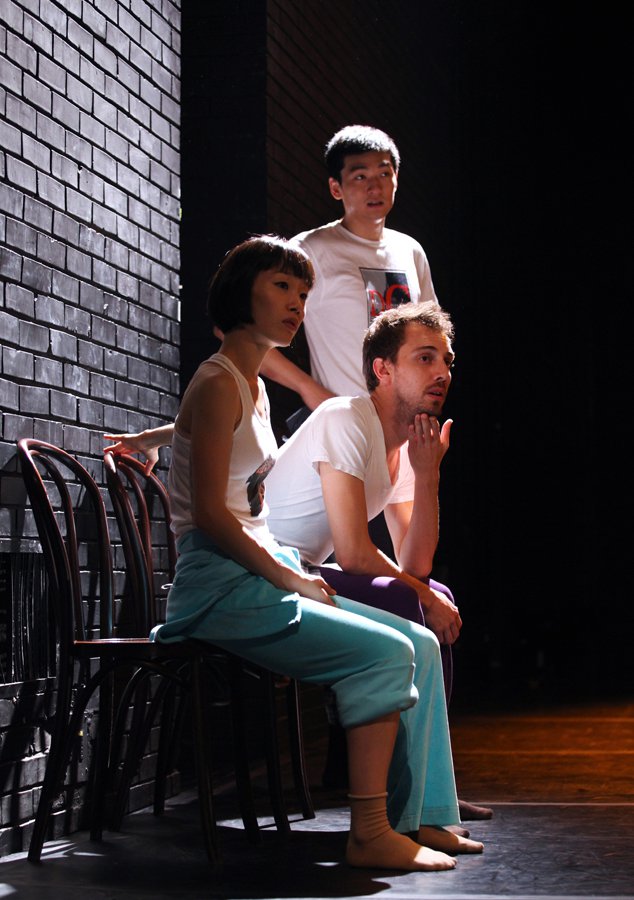 Then, as the company website puts it, Dark Circles’ “newest branch” made its début in 2013, in Dallas, Texas, and “bridges the gap between East and West.” Although the Korean wing of the company operates independently now, it is one of the many ties that keep Joshua in touch with his second homeland, fostering his ambition to travel and share cultures through movement. 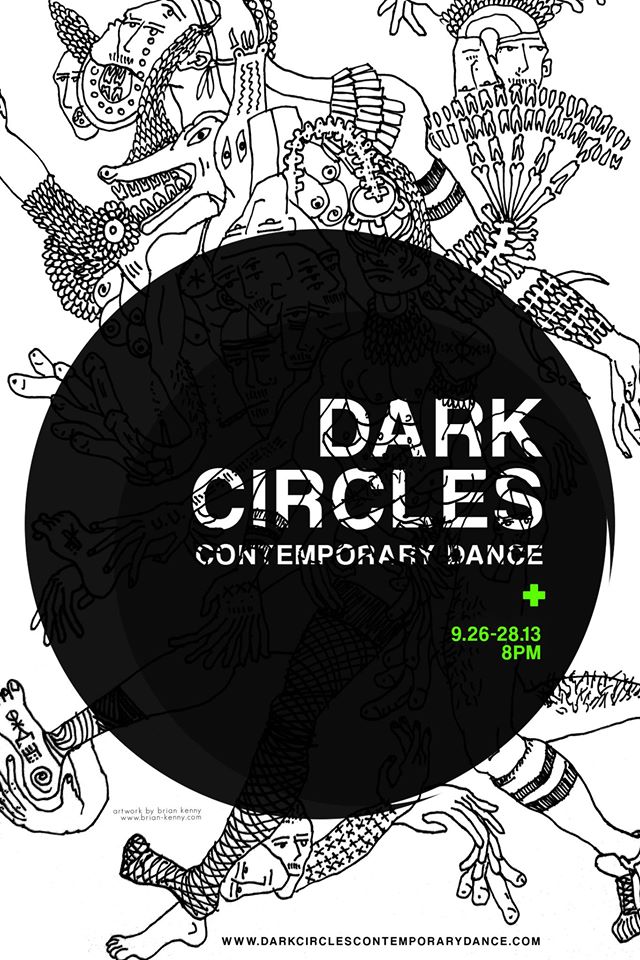 Since his return across the water, he has been in increasing demand as a choreographer. And one thing is sure, any piece by Joshua—whose work garners adjectives like “quirky,” “sensual,” “”catchy,” “comedic,” “sensual,” and “whimsical with a touch of melancholy”— will speak to the inner “whim” in “Whim W’Him.” Reviews praise “his dance vocabulary [which] is becoming a standout for its uniquenes,” his “quick-witted and contorted style (loose limb jumps, knee-bruising floor work and comical gesturing),” and the “counter-balance holds and quirky flips, dips and spins, all signatures of Peugh’s.” 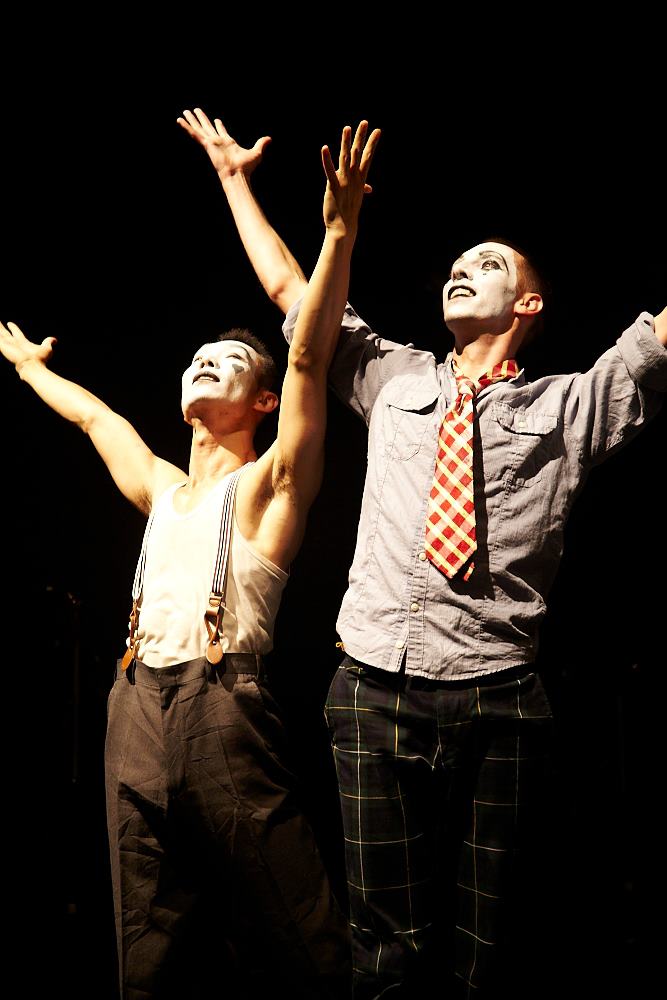 “They’re always asking me to create something with lightness and a sense of humor, which is lacking in dance now,” Joshua says (in an interview with Manuel Mendoza in the Dallas Morning News) of the companies for whom he’s choreographed. “Playful is becoming my niche.” 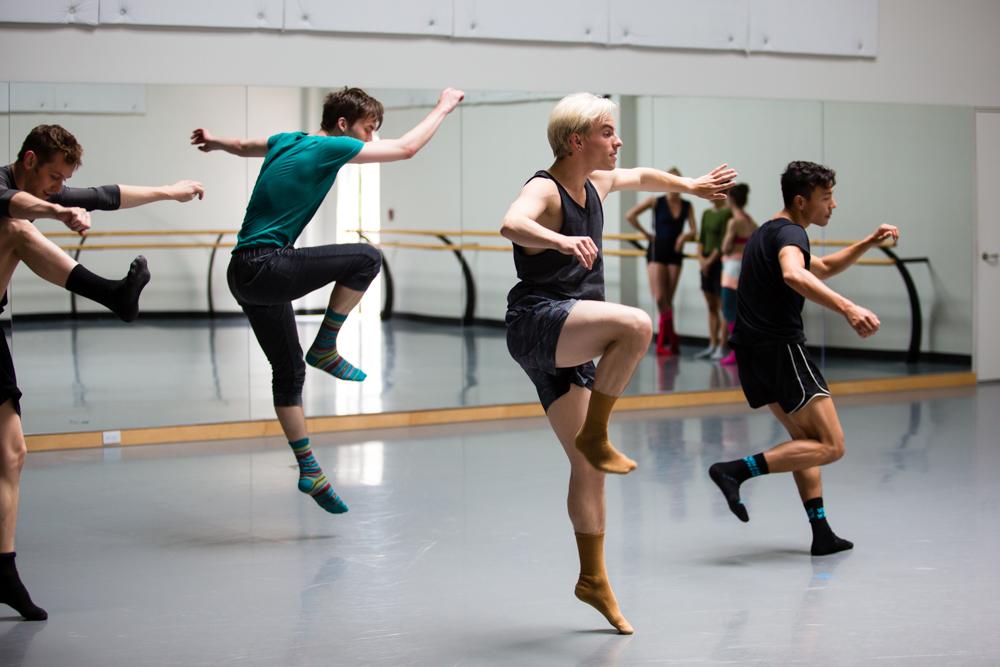 But as Nancy Wozny writing for the Texas-based blog Arts+Culture put it, “There’s such a lightness to his movement choices, and I don’t mean insubstantial.” Nor always light in subject matter either. 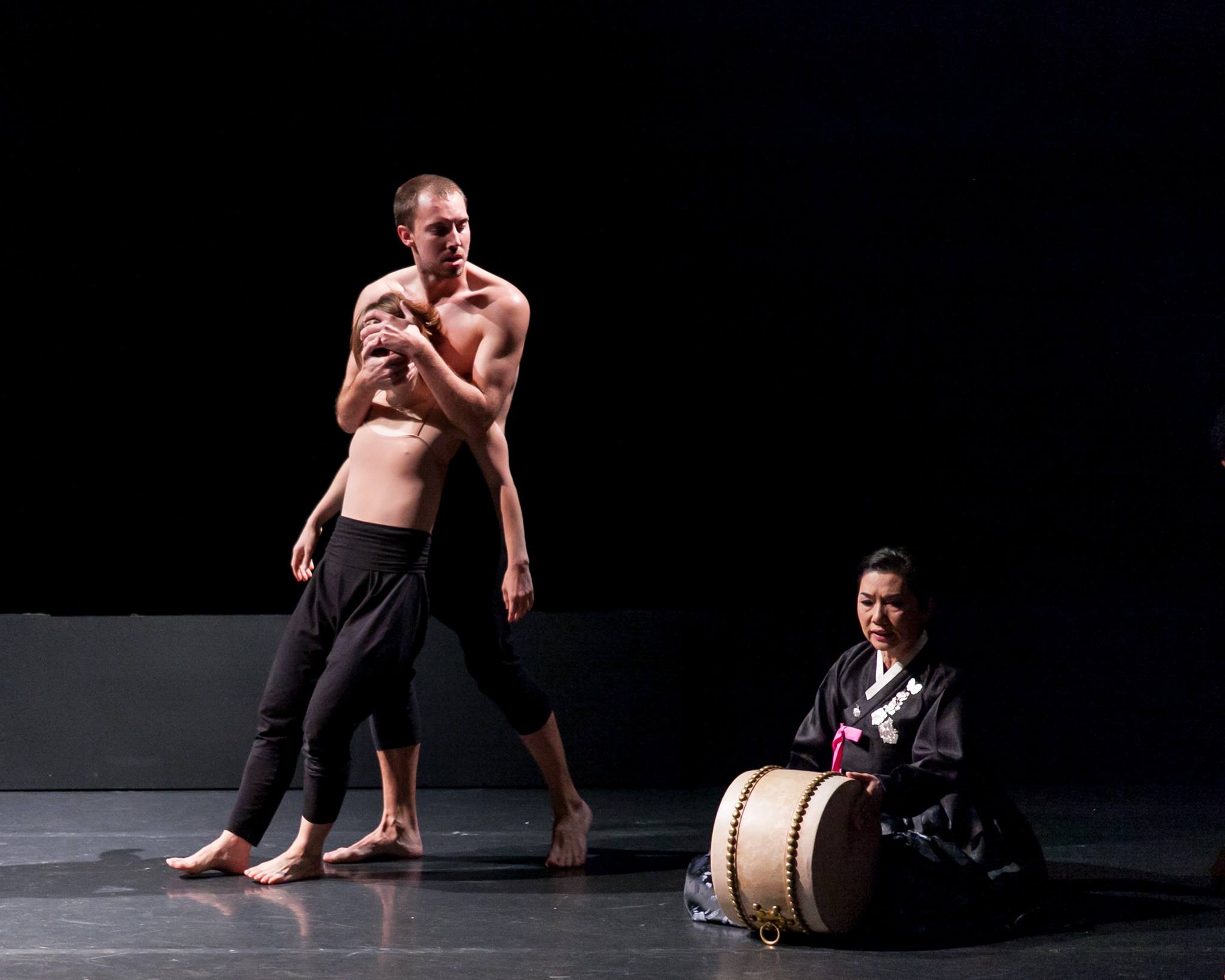 As of the September 1 deadline, Joshua declared the official title of his piece for Whim W’Him’s Shindig: Short Acts on the Heartstrings. 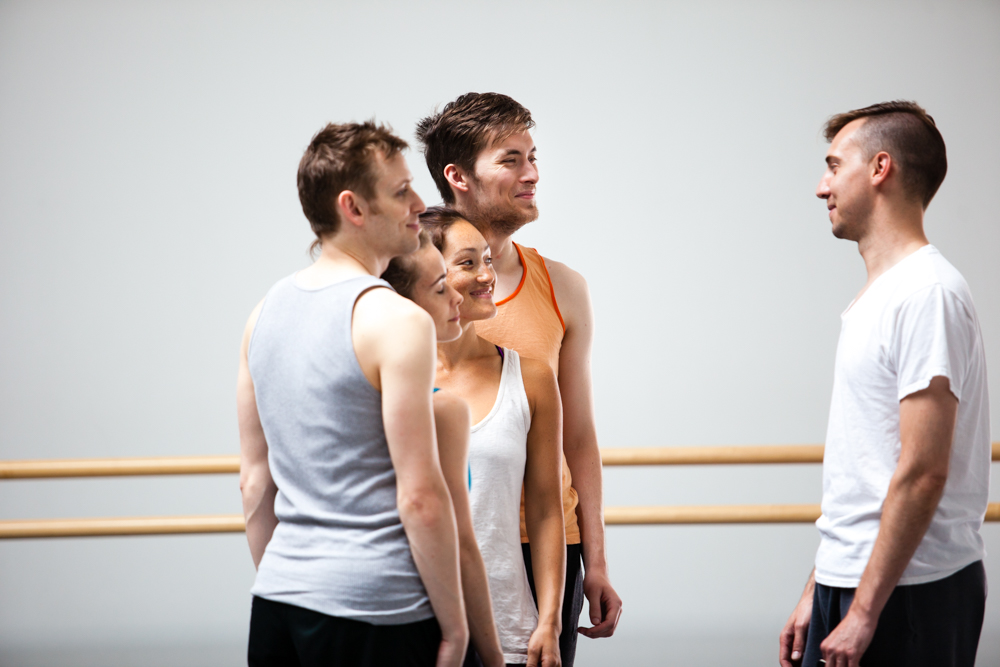 Getting back into the studio, after a couple of months away, he ruminates, “It has been nice to revisit the work after letting it rest in our minds for a while. The work continues to deepen and evolve everyday… 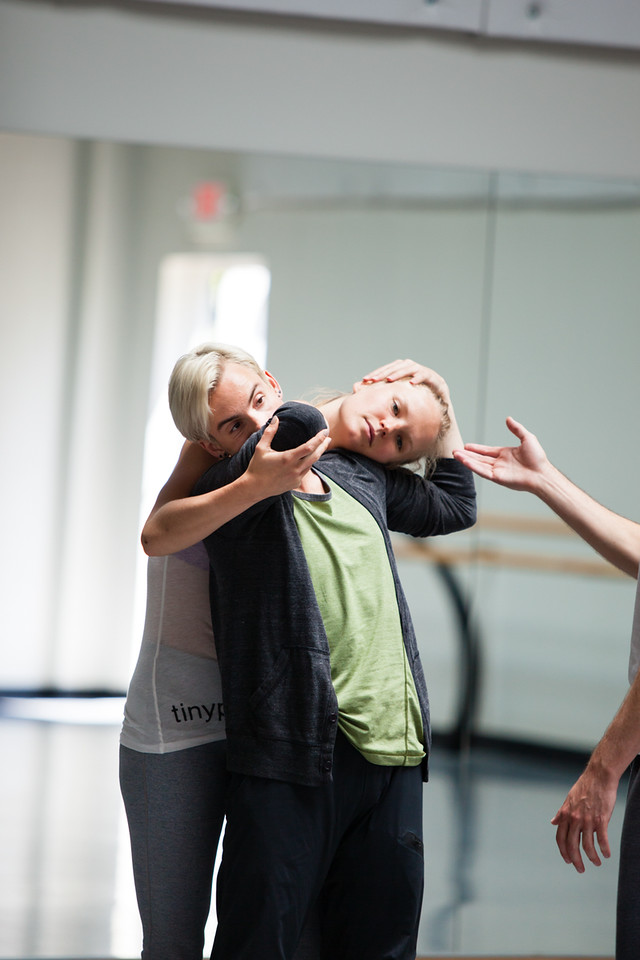 “The dancers are bringing they’re own colors and textures to it; they are beginning to live in the work. Today, I started to see new things in the work, to learn new things about what it actually is we’ve created… 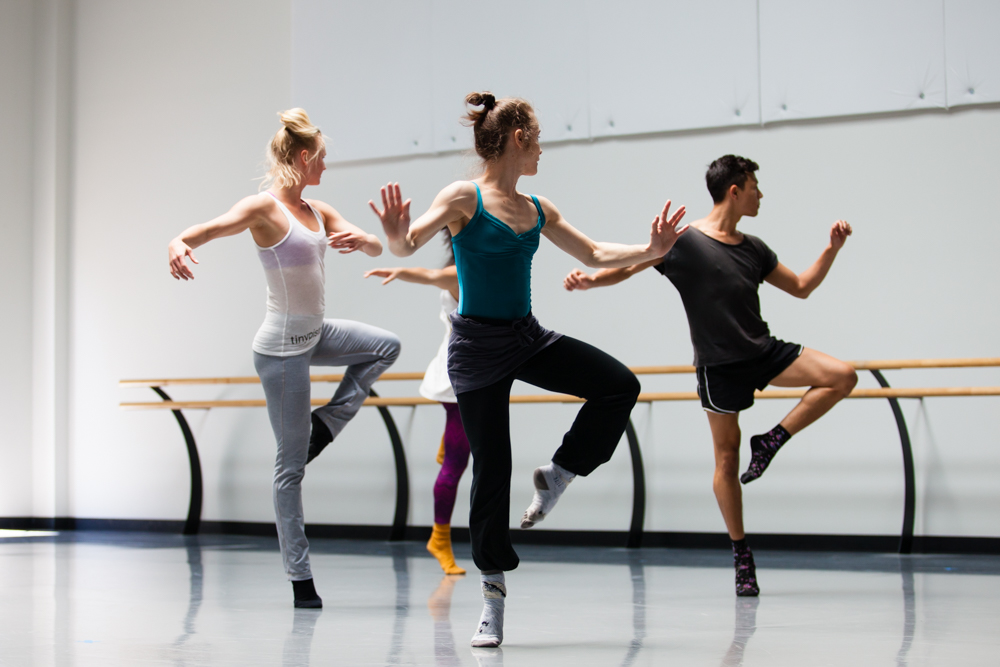 “This is the time it starts to get really exciting; once the choreography is set and the dancers feel confident, they begin to take more interesting risks, to push the boundaries of what we’ve created and find new life in it… 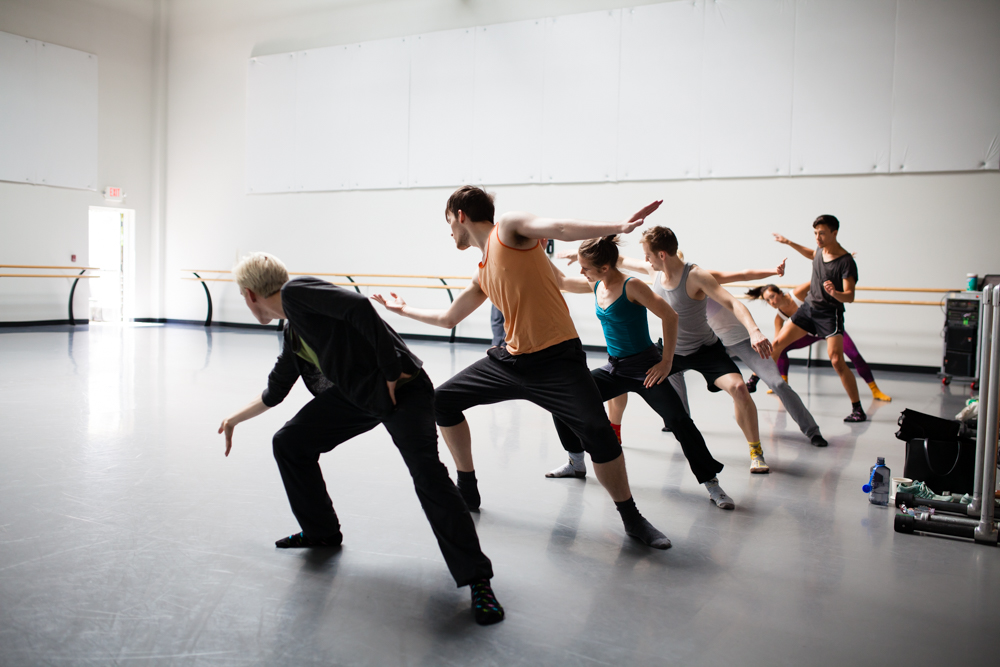 “They are starting to let go of the shapes and get lost in the fantasy we’ve created for the audience. I’m very excited to share the work with an audience; that’s the final part of the equation; more than half the performance comes from beyond the proscenium.” 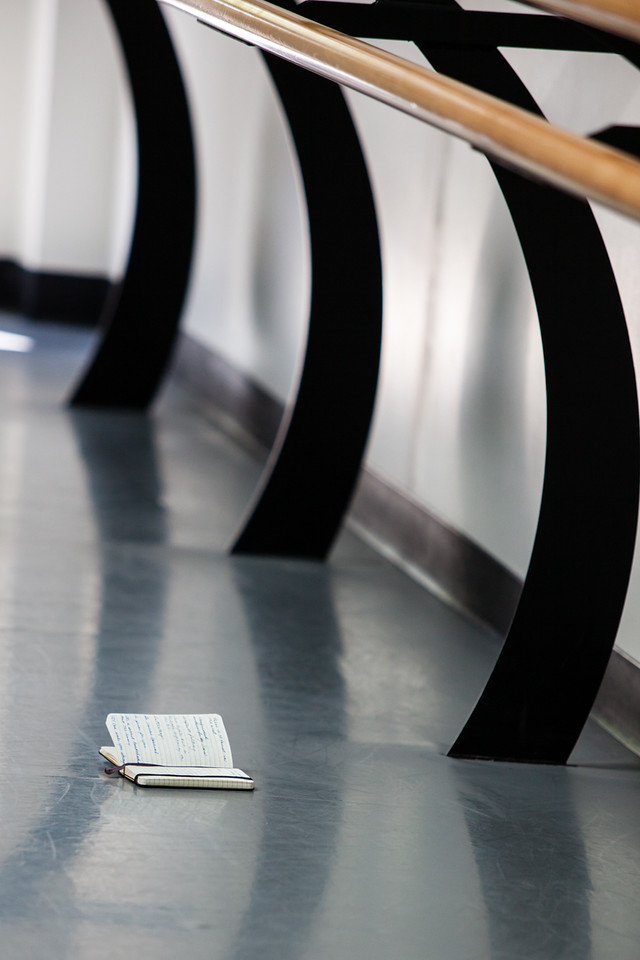