out of the comfort zone – RA Scion

Poetry with a strong hip hop beat and dance by a prince of ballet princes, on subjects not for children. 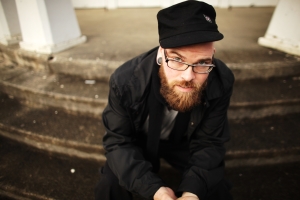 RA Scion is an anomaly. A white rapper from small town Kentucky, he joined Seattle’s alternative hip hop scene in 2002. Since then he’s been writing, performing, and recording his message-driven music here, first as part of Common Market and now, in his most recent incarnation, as Victor Shade (rascion.com). During his early years as a rapper, in the mid-’80s, RA was attracted by rap’s questioning of authority, its embrace of not fitting in. He was influenced by groups like Public Enemy and X-Clan. At that time the Beastie Boys were probably the only well-known white rap group. But to RA race was “not that important.” What did count was to “Keep it real. Accountability. Don’t fake it.” How you filter things through your own sensibility, not anyone else’s, “That’s your value as an artist.” 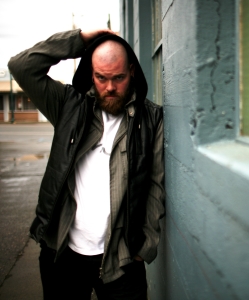 Protest can take all sorts of forms. For RA Scion, it has meant tackling diverse subjects, from community organizing and farm labor, through superheroes and death, to addiction, homophobia, and abusive relationships, as in the poems (see complete texts below) for Whim W’Him’s Monster.

Rhyme is very important to RA, and for the three poems that proceed the segments of Monster, he wanted also to use a very simple, strong form, giving all three the exact same cadence to tie the piece together. He also wanted not to draw the attention away or detract from the choreography— one reason why the poems preface rather than accompany the dance. 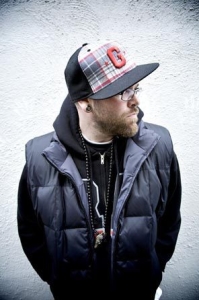 There is a restlessness in RA Scion, a desire to move outside of usual or secure boundaries.

He is, he says, inexperienced in writing poetry, and it is quite possible that his salutary unease in venturing beyond his normal perameters is echoed in and felt by the audience: many are not fans of hip hop; others don’t normally attend dance programs, especially ballet, even skewed, contemporary ballet. It can be a tricky business, to have people come up to you and say, after a performance, “I never liked rap before I heard you.” Is that then a sell-out or a way to grow?

This desire to go beyond is also reflected in his hopes for rap/hip hop (he says the terms are interchangeable). Rock & roll, as RA points out, has become more or less a form of high art. Rock was protest music, by and for youth. It became entertainment, and non-youth took it up as well. Jazz now, he says, “is so sophisticated, it’s snooty!” 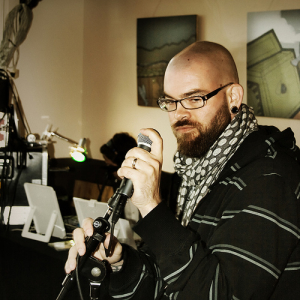 Hip hop too, approaching forty, has some years under its belt and maybe could use some broadening. It isn’t that RA wants or expects the genre to become widely popular—it will always have a subversive core that won’t attract everyone—“but for it to grow with its fans. It’s not like Barbie, where there’s always the next crop of kids coming along.” Rather, he wants hip hop to continue appealing “to our same generation. We’re getting older and need to mature.” He likes “the story-telling tradition and the idea of a genre growing and changing.” He doesn’t care “to leave rap behind as misspent youth.”

What strikes me, again and again, about RA is that he is a continually questing soul. As he was quoted in a Seattle Times article some time ago, he keeps on asking, “How can I express a message, stay true to myself and not turn people off?” From rural Kentucky to as far afield as Zambia and Greece, he spends his life reinventing himself and his task in the world. His answers are never easy ones.

The collaboration with Olivier and Whim W’Him is part of RA Scion’s ongoing project of expansion and growth, of welcoming the future.

Withhold from us freedom
Deprive us of thought
Deny this exhibit of
What god hath wrought
Purify the amalgam –
In this Melting Pot
And keep telling yourself
You believe when you’ve not
Even seen but a blot of the
Ink on those pages
So fragile a basis
For such intense hatred
Disgust and disdain and –
Despising of patience,
The stench of contempt
Worn beneath a sweet fragrance.
Your sharp, pointed fingers
And cold accusations
Do keep us aware
Of our vile, wretched nature,
It’s out of respect for your
Staked and claimed spaces
We Monsters wear masks
To conceal our course faces…
I’ve prayed to your savior
If he will, let him judge
I’ve consulted your doctors
Consumed all their drugs,
Yet each time I end up
Right back where I was
And so if not my lover
Whom, then, shall I love?
Divested of feeling
This soul’s simply wasted
So if monsters you call us
We’re those you’ve created 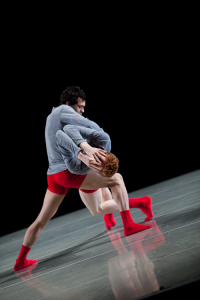 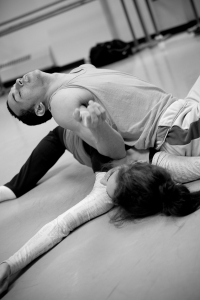 Joy; pain.
Sunshine; rain.
The simplest of couplets
Does justice explaining
This lust and this craving
This mistress, fair maiden
This love for what’s bad
For me; long separation
And wait for what hurts next
Instead of what pleases
For Christ’s sake – we’ve been told
To give unto Caesar
I gave in to reason
And slid into bed
With a monster I knew
Would soon leave me for dead and
I’d go first if not
For these things that I say
Are the reason for living
The reason I stay
You’d think if I meant it
I’d treat them that way
I offer my penance
Apologies made
I’ll grovel and plead
And I’ll dance for forgiveness
With the world as my jury
And god as my witness…
When both drawn and quartered
One will demand
He be spared but a moment
To do it again
Conviction in spades
Although certainty wanting
Most comfortable numb
When at least I feel something

Against all the odds
And the forces of nature
We strung days together
Like waves made of paper
This sea of uneasiness
Swelling with pride
Was a vacuous temple
Where nothing survived
I wore like a badge
Every year, they would add
To be more than a dozen
And wasn’t I glad
To use age as a measure
A gauge of success
A vain indication
We’d passed our last test
And shouldn’t such effort
Be marked by a scar?
A symbol of valor,
A medal of war?
Though wounded in battle
We soldiered ahead
Down every dark spiral
Our stubbornness led
Marching in lock-step
To rhythmless drumming
Too focused to notice
Us slowly becoming
Infected and toxic
And more wrong than right
An agent of all that
We’d set out to fight
But honestly, what could we
Possibly do
When this monster in me
Loves the monster in you