mixing it up – Larry Keigwin 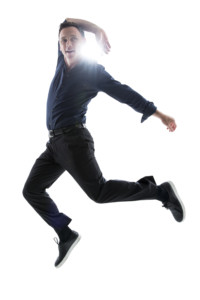 Larry Keigwin* has always been a mover—doing gymnastics, making up dances on the lawn, dancing socially, but taking no dance classes as a boy. In high school, he got into musical theater, his first show a production of My Fair Lady. “I was the kid who could do the splits,” he told me. The time a teacher asked if he knew how to tap dance, he said sure and faked it, a living example of “fake it till you make it.” It was only when (according to a Dance Magazine article on him) “I landed flat on my back during an unfortunate, overly eager hitch kick, it was clear I needed to start training.”

The recommendation of a neighbor gave him the idea of going to college for dance. It had never occurred to him you could do that. At Hofstra University on Long Island, he majored in dance and attended summer programs at Duke University in North Carolina and at Bates College in Maine. Although he did a bit of ballet in the course of his studies, the sensibility of college dance tends to be geared to modern/contemporary dance. “I fell in love with modern dance,” says Larry, “and felt that it was my home.”

In the years after university, he danced with various companies and 4 years at the Metropolitan Opera. “Choreography seemed a natural progression from dancing,” he says. Once, when he was working with Mark Dendy, a recording of Bill Withers’s “Ain’t No Sunshine” was playing. “Mark told me he thought that would be good music for me to make something to.” Larry did, and Mark put it on a program. “He gave me a gift.” 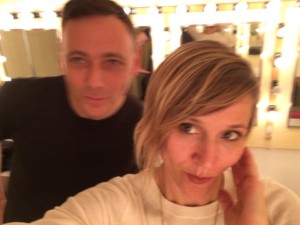 That solo, danced by Larry, was only the beginning. He became friends with a fellow-dancer named Nicole Wolcott and, in 2003, turned it into a “mattress duet” with her. That duet, says Larry with his typical understatement, “put me on the map in NY.” As recounted in the online magazine Psychology Tomorrow, “Those of us who enjoy our beds, and everything that we might do in them, will immediately take to #SHARETHEMATTRESS a whimsical video project about what people do in bed and the many permutations of actions that take place upon a mattress. Yep, really. This video project is a wild success and grows weekly, with dancers and non-dancers alike sending in video of their version of STM (not a disease but a viral epidemic!). All because of a man called Larry Keigwin who, back in 2001, choreographed the work Mattress Suite with his friends. The suite explores sexual identity and consists of solos, duets and trios that are performed over a queen size mattress and include multiple combinations of partners, straight and not so straight. The piece catapulted the company to instant recognition and success, and Keigwin + Company continue to play with the mattress metaphor to the delight of audiences.” 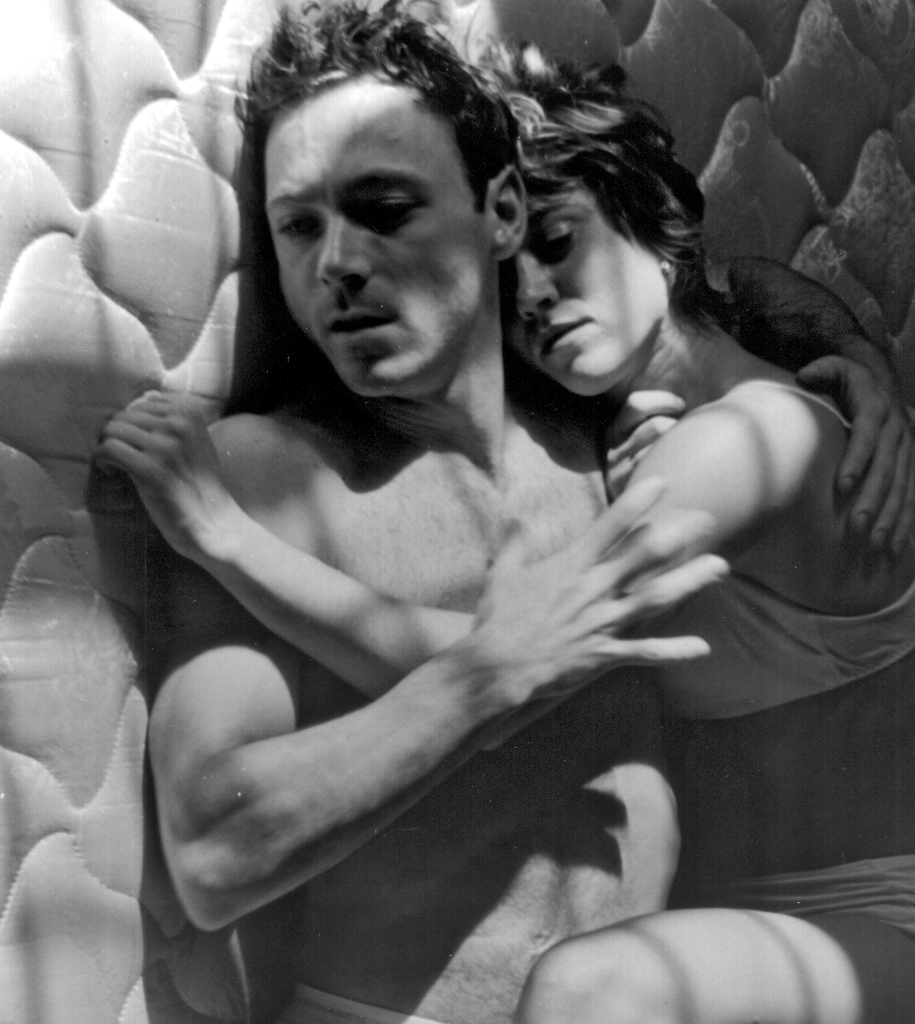 As Larry tried his hand at other solos, then duets, a trio…,  “People invited me to choreograph.” When, in about 2003, he thought, ‘I have enough pieces for my own show,’ he founded Keigwin + Company with his friend and colleague Nicole. “It filled a need. I wanted consistent dancers.” He likes “the maintenance and persistence necessary to get to the next show.” 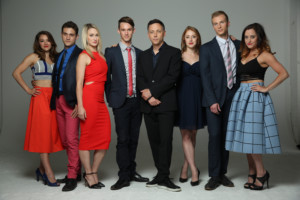 Alongside his love of contemporary dance, Larry has maintained his enthusiasm for Broadway musicals. “I don’t shy away from the e-word—entertainment—in modern dance.” He asserts the value of the combination, using elements of pop to enliven the formalism of concert dance and modern dance to lend an artistic gravitas to various forms of musical theater. This melding of genres infuses many of his works. 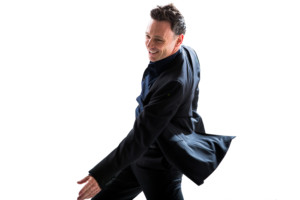 Bolero, for example, first choreographed in 2008, “is a dance about New York City. The music is big and epic and I love repetition,” Larry says. “I needed a lot of people.” So he held an audition for 200, of which 50 were picked. “They were people representing the demographic makeup of NYC. I got their names from NYU, their data base of all the people who worked with the theater at NYU, which was producing the show. The notice sent out stated that they didn’t need to be dancers. Some were, of course—dancers are part of the population.” Once again Larry had a hit on his hands. “It is building a community while telling the story of a community.” Almost 9 years after the first version, in New York he’s still friends with a lot of the participants. Mixing communities, bonding. The show has, by now, been commissioned in 11 more cities across the country.

I asked him also about his 2008 piece, Runaway. “Segueing from Bolero, this show was almost the opposite, a commission from Julliard.” But it still spoke to his fascination with mixing it up. When he got to the studio, “I saw what must have been the 12 most attractive women and the 12 most attractive men you could imagine. Like 20 year old models. The senior class each year. Thoroughbreds. I kind of saw them as models. I was riffing on the runway. There was a Dior 1960s retro show on then. I modeled Runaway on that. It’s not a runway show, though, but a show in a theater. Running from runway but also the glamour of runway.” He concludes, “I like juxtapositions.” 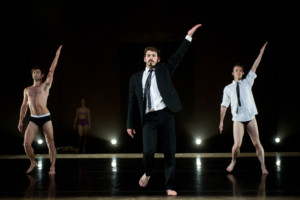 Yet another example is Tales of the City, based on the novels by Armistead Maupin, his first fully choreographed musical theater show, produced at the American Conservatory Theatre in  San Francisco. The book was by Jeff Whitty, author of Avenue Q and the glam-rock band Scissor Sisters wrote the music and lyrics. Its cast was made up of half San Franciscans, half New Yorkers. Larry also did the dances for the Off-Broadway version of RENT. A dream of his is to create a musical where dance itself, rather than song or spoken words carry the burden of the story. 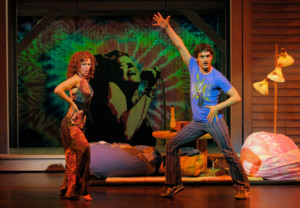 Among his multifarious other activities, Larry and his company do a week’s workshop in winter, one in spring, plus pop-up 4 hour intensives now and again, and his Keigwin Kabaret‘s are, as the company website puts it, “spectacles of contemporary dance and burlesque performed as site-specific work.” He thinks of these ventures as opportunities to keep in circulation and touch base with the New York dance scene, to meet new dancers, exercise his teaching skills, and earn a bit of extra revenue.

Next week’s blog post will take a look at developments in the studio. 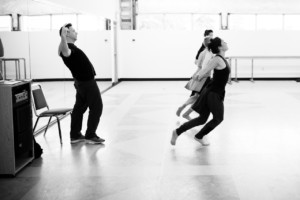