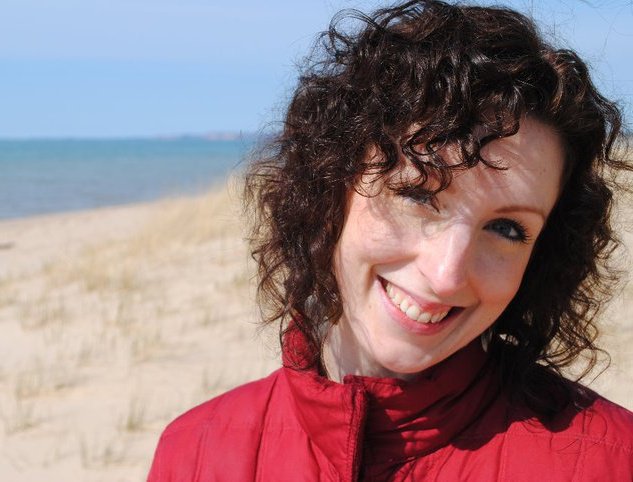 Cheerful, good-natured, full of energy and humor, Laura McQueen Schultz gives the impression of living her own ideal life. One of the mainstay dancers of Grand Rapids Ballet, she is married to another, Nicholas Schultz, whom she has known since childhood. Whim W’Him artistic director Olivier Wevers’s The Sofa premiered in Grand Rapids, and Laura joined Whim W’Him for the first time to dance in it during last month’s Joyce Theater’s Ballet v.6.0 festival in New York. 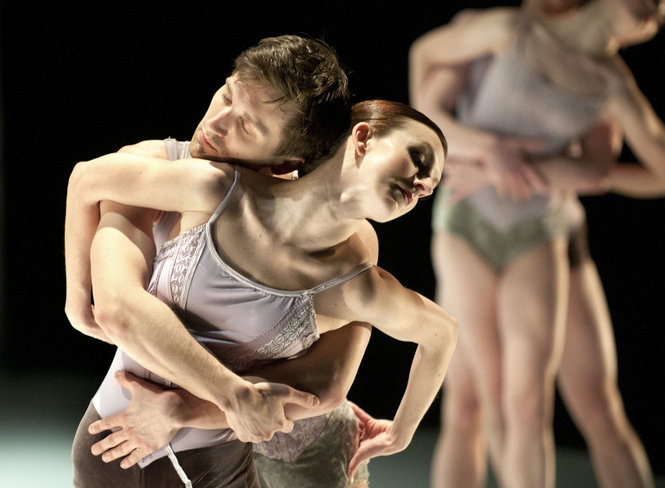 “I love to dance because I can’t stop moving and if I was stuck behind a desk I would go crazy. Music is a huge motivator and dance is a truly freeing experience,” Laura told Jess Ruhlin of the Bodies Never Lie blog, This has been true of Laura all her life. At the age of 5, she saw the classic 1977 film version of Mikhail Baryshnikov’s Nutcracker (for American Ballet Theatre) on TV. That was it. “I have to do that,” she declared. Her mother sensibly insisted that she wait until the age of 7 to start taking classes. Between the ages of 5 and 7, she says, “I would tell people I was in it—dance around pretending I knew what I was doing.” In the interim she did baton twirling and gymnastics.
Once ballet lessons began, there were “a few rough patches” along the way, but she got to perform in Nutcracker and, after the requisite training, went on pointe. She was well and truly hooked. As Laura also said in the Ruhlin interview, “I just try to always have fun, because if we aren’t having fun why are we doing it?” 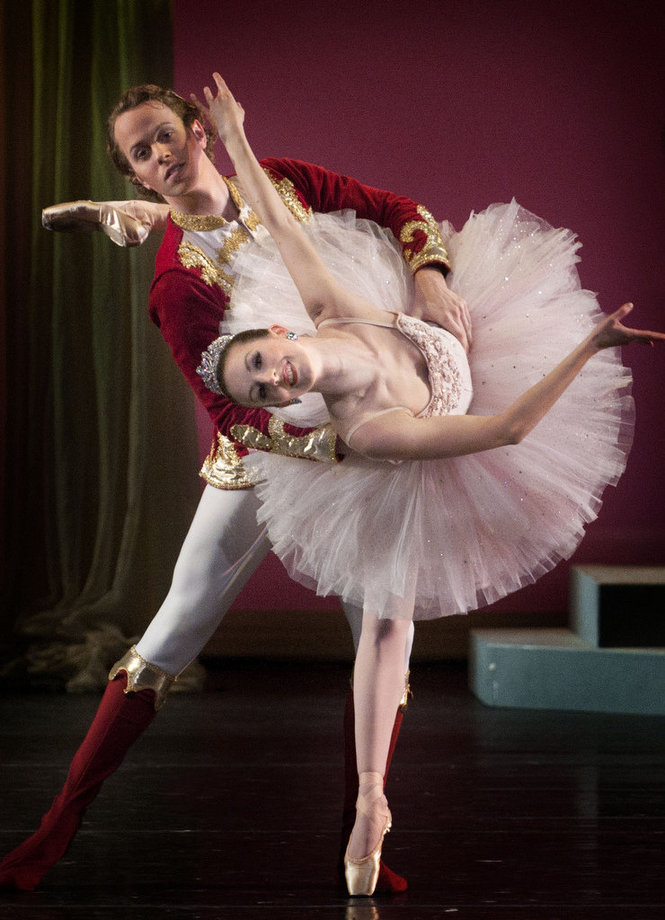 The roots of another central relation of Laura’s life were also sent down in those early years, when she met her now husband, Nicholas Schultz. He was 9 and she 10 or 11, both at the Grand Rapids Junior Ballet School. At that point they knew each other “but weren’t particularly close.” Laura joined the company as an apprentice for the 1999-2000 season, then after high school spent a year at the National Ballet School in Toronto, Canada. She then joined the St. Louis Ballet, where she danced, returning to GRB in 2003. As Laura says, “I hadn’t realized how good the Grand Rapids contract was,” or what a treat it was to dance to live music. 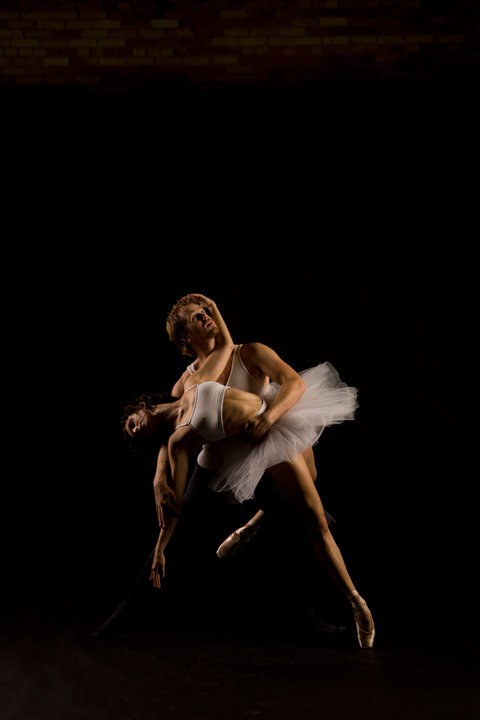 It was after Laura’s return to GRB that she and Nick became really close. Now their professional and personal lives are intricately entwined. Among the photos on their joint Facebook page is one of a cushion with the words HAPPINESS IS BEING MARRIED TO YOUR BEST FRIEND in needlepoint. Laura and Nick have traveled and guested at ballet companies across the world, in the US, Europe and Asia. 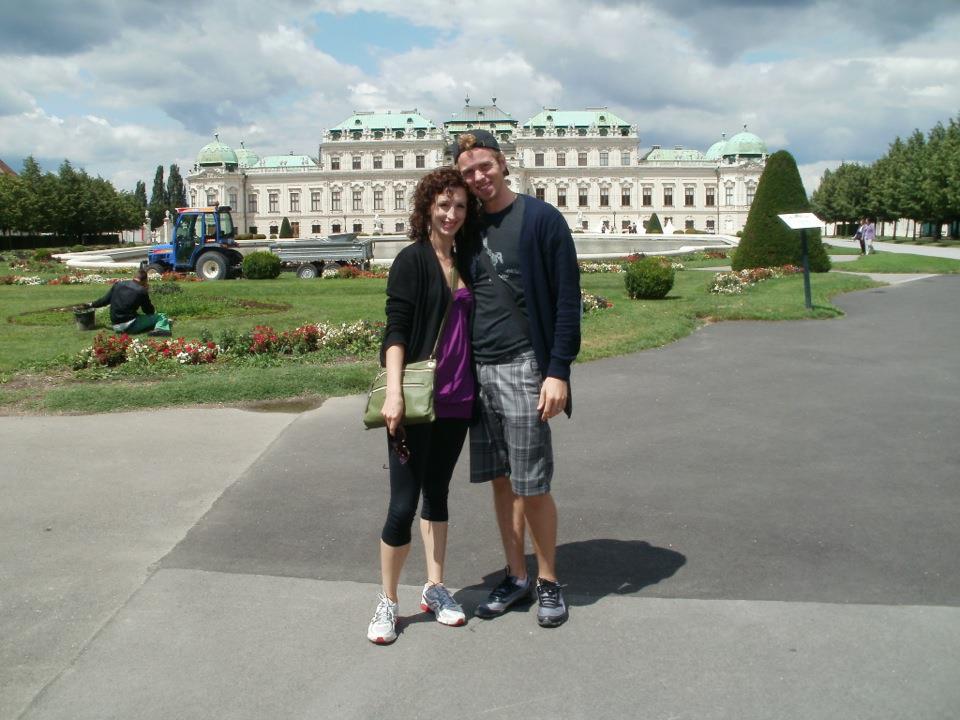 But back in Grand Rapids, before the advent of direction of Patricia Barker, GRB artistic director for the last 3+ years—the dancing life had been becoming a bit stale. Laura had been thinking of quitting. Now, however, she says, “It’s a whole new world, for audiences and for us as dancers. Challenging and exciting.” 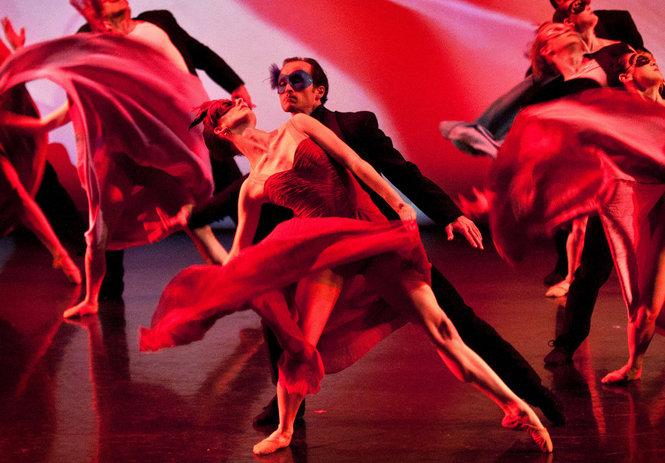 Laura loves to perform, whether in “big” roles or as part of the corps, and all kinds of dance. Versatile, curious, generous and a hard worker, Laura strives to train her body and mind to unfamiliar shapes and movements. “I’m just now beginning to feel not stupid” in contemporary work, she says with her usual candor and infectuous smile. Judging from her performances with Whim W’Him in New York, no one would think to call her that!

Next time: Olivier at work in Michigan on a brand new evening length Midsummer Night’s Dream for the Grand Rapids Ballet Company.