Those legs stretch on forever… 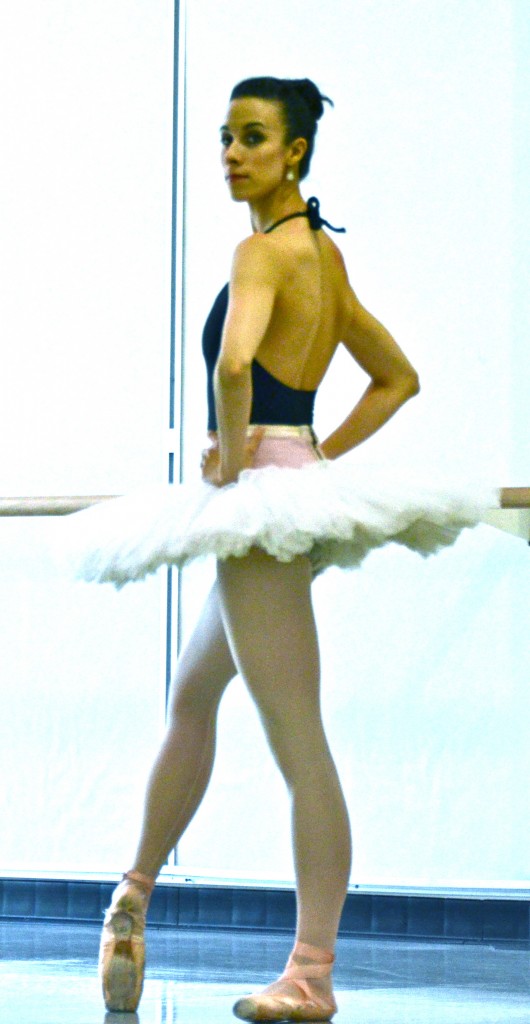 She’s a Balanchine dream.
“And she’s so happy,” adds Shane Ohmer, her partner in Monster/Relationship, to be danced at Whim W’him‘s Broadway Performance Center show on April 6. That’s what you feel in the ebullient, fast-talking presence of Lindsi Dec. Other people may piously profess gratitude for their blessings. With Lindsi you have no doubt it’s true.

In recent seasons of her still developing career at Pacific Northwest Ballet, she’s been delighted to perform roles she used to only dream of. She is married to PNB principal, the handsome, dashing and elegant Karel Cruz, who grew up and was trained in Cuba. And now, with Whim W’Him, Lindsi is getting to experiment with a whole different way to move. 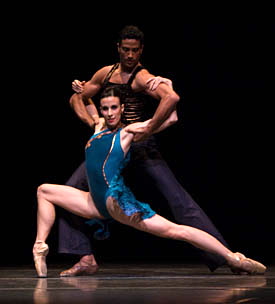 Lindsi started at the age of 3 with movement classes. As time went on, she competed in all sorts of things, jazz, lyrical, solo, duets. But she didn’t like ballet. “It was so boring to me,” she says. When Lindsi was 10 or 11, her family moved from Maryland to Virginia. It was a 3-hour drive for her mother every Friday so she could continue competing. By the time she was 12, though, she’d “converted to ballet.”

Later, at the private high school she attended, the emphasis was on academics not arts. And sadly, for a requirement that every student take 6 athletic credits to graduate, ballet didn’t count—despite the fact that Lindsi was spending hours dancing every day. “It’s ironical,” she says, “that now they have a whole dance department there.” Despite her pleas and her mother’s cogent arguments, the school was adamant. So at 14, a key period in a young dancer’s training, Lindsi took a year off from ballet. It was during that gap year that she saw Miami Ballet in George Balanchine’s Jewels. And when the dancer of “Rubies” leaped across the stage, Lindsi knew: “This is what I want to do.”

Once she had completed the sports requirement, her school did allow early dismissal for ballet classes, but by then she she had missed out on a lot. Luckily, her family has always been very supportive, and once she sets her mind to something, she wants to push. Coming from so far behind, she drove herself hard to catch up. Her long legs were tricky to control. “Still are,” she admits cheerfully. “I always had to work, to stabilize this body.” Thinking of how she must have looked in those days, I said that “coltish,” though kind of a cliché, is a good word” and we agreed: ballet dancers and a thoroughbred race horses have a lot in common. Toward the end of high school, Lindsi was 5′ 9″ too tall she thought for Houston Ballet, where she had attended summer school. A friend told her, “You ought to look into PNB,” which she had never heard of, and Lindsi did.

But she has always had a Plan B. She also applied to NYU and SMU, since was interested in medicine, as well as dancing, and in becoming a pathologist. She did attend PNB’s summer school, however, and there she fell in love with the place, the people, and the profession. Francia Russell, head of the school, was not entirely convinced that she was strong enough for the Professional Division. Lindsi begged, and at last Francia agreed. “All right, but don’t hurt yourself!” she said. Lindsi took deferred admission to NYU, to see how things went (that Plan B again). In fact, she never looked back. After two years in the professional division, at age 19, she was accepted into the company. Now she is a soloist and has recently been taking on more demanding roles. When she was cast in Rubies, she says she cried for joy. 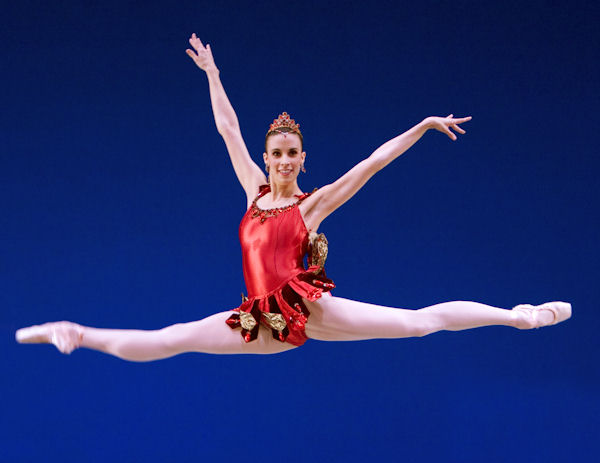 And when she’s having a hard time, her husband Karel says, “Think of where you came from.” Lindsi relishes trying all sorts of roles and choreographic styles. In the last PNB rep, she was cast in all the four very different pieces. She watches a lot of dance videos, learns things, and throws herself into whatever she is doing “200%.”

Since it began some four years ago, Lindsi has hoped for a chance to dance with Whim W’Him. She knew Olivier as a fellow company member when he was still at PNB, but had never worked with him until he helped stage Annabelle Lopez Ochoa’s Cylindrical Shadows, originally created for Whim W’Him but expanded and reworked for PNB. She’s very excited to be working with him now on the “Relationship” pas de deux for Monster. Lindsi says the hardest thing—and the most exciting for her—in this role is “not to dance like a ballerina.” She doesn’t want to be “a ballet dancer trying to look like a contemporary dancer.” But she’s open to experience and experiment. The result is sure to be worth watching. 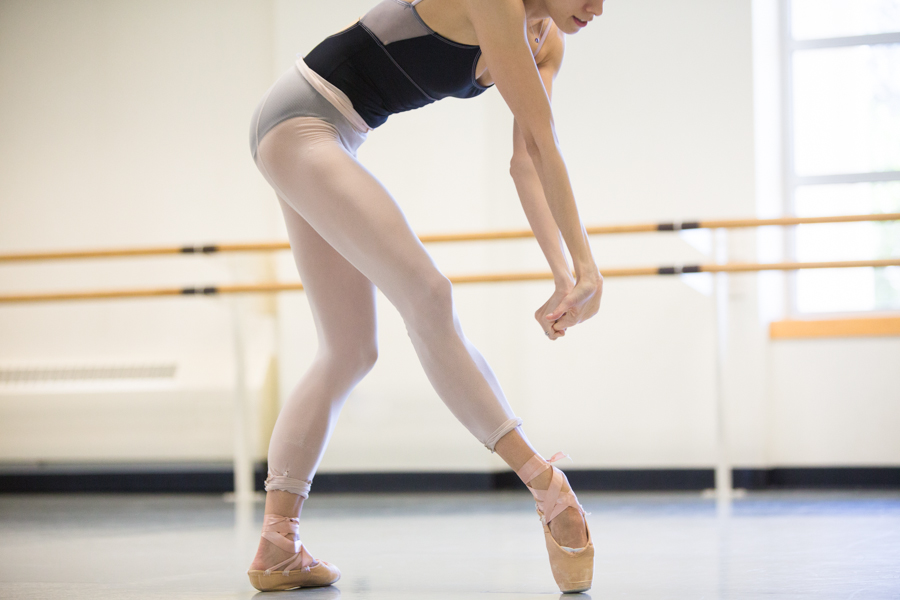