Welcome back to Behind the Scenes! Lots of exciting news, new dancers, new works, and new Whim W’Him directions to talk about this fall. So with no further ado, let’s begin—by introducing dancer Lara Seefeldt! 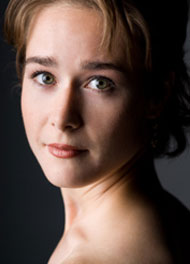 On entering a coffee shop in Seattle’s Wedgwood, I saw a slim, petite young mother sipping from a cup and talking to a rosy baby girl in a stroller. My first impression of Lara—this was after the first set of rehearsals, when I had been out of town and hadn’t seen her dance—was that she was unassuming, even a bit tentative or timid.
That was a misapprehension. As I talked to her more and read about her, I realized what an adventurer she has always been—as is illustrated by the aplomb with which she weathered, at the tender age of 12, a lightning strike that brought down a huge tree in her family’s front yard when she was home alone (and reported in The Seattle Times).

“Since the strike blew out the electricity and the phone,” Lara told me, “I just hunkered down in the living room which so happened to be the only room where no damage to the house had occurred and waited for my mom to come home from work. All of the other rooms had televisions or other electrical devices that exploded from the surge of electricity. All the bulbs blew out of their sockets and unbeknownst to me a small fire had started (and subsequently put itself out) in one of the walls closest to the tree. The tree wasn’t the only thing that got hit. It seemed that the bolt of lightning actually split and hit the tree on the far east corner of the lot and the west end of the house. The crack of the tree with the simultaneous explosion of all things plugged in an outlet was probably the loudest sound I have ever heard in my life and left me completely stunned.” But she hung in there, not panicking, and took it in her stride thus setting a pattern for future challenges in her life.

Lara Seefeldt grew up in Seattle with a lot of energy. She started extra-curricular classes at a very young age: tap, tumbling, creative, movement, and later ballet at PNB, though it took her, as she says, “a long time to connect what happens in the studio to a possible career.”

She left PNB at the end of school, but being “way too short for the corps,” found it hard to land a dancing job. She took classes from Stephanie Saland—former New York City Ballet dancer, dedicated, innovative and much sought after teacher—and spent a lot of time “figuring it out all out.” One thing she realized early on: “To me it doesn’t matter if it’s classical or contemporary rolling on the ground in bare feet. I’d take it. I love to perform.”

The figuring-it-out process, which included a one-year stint with a tiny company in Fresno, CA has been an ongoing one. As with any enterprising and talented artist, Lara’s life is a work in process. She continues to sort out how to combine a dancer’s demanding career with a full family life (husband, baby, a large garden, a sailboat), at sea and on land, in the US and abroad. 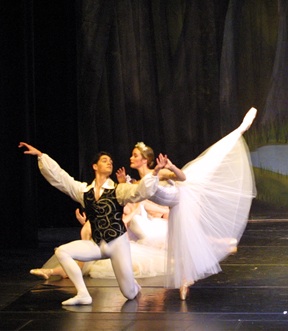 Lara’s connection to Whim W’Him also took time to develop. After Donald Byrd took over Spectrum Dance Theater, Lara got a chance to audition, was offered a job in 2004, and stayed till the end of her contract in 2009. While with Spectrum, she danced in a piece Olivier Wevers (Whim W’Him’s later founder/director) did for the company. She was thus introduced to him more formally, after having known him only from afar when he was a principal and she a student at PNB.

At the time of her leaving Spectrum, Olivier asked if she would be interested in dancing with his new company, Whim W’Him. But she was on her way out of the country for a time, with her husband, so she had to say no. In Portugal she danced with Daniel Cardoz’s Quorum Ballet (where she overlapped with Hannah Lagerway, who took part in Whim W’Him’s first season before setting off to dance in Europe). During the same sojourn abroad, Lara also danced with Peter Schaufuss Balletten in Denmark. She was acquiring experience in a variety of movement styles quite far from the classical ballet in which she was trained.

Toward the end of her European venture, when she emailed Olivier about the possibility of dancing for Whim W’Him, he said they didn’t need any women at the moment. 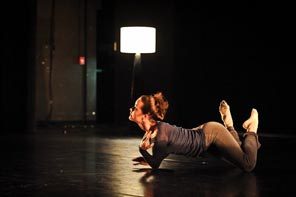 After her return from abroad and a successful re-entry with Seattle Dance Project’s reprise of The Orpheus Project, Lara got pregnant and had her baby Evelyn. 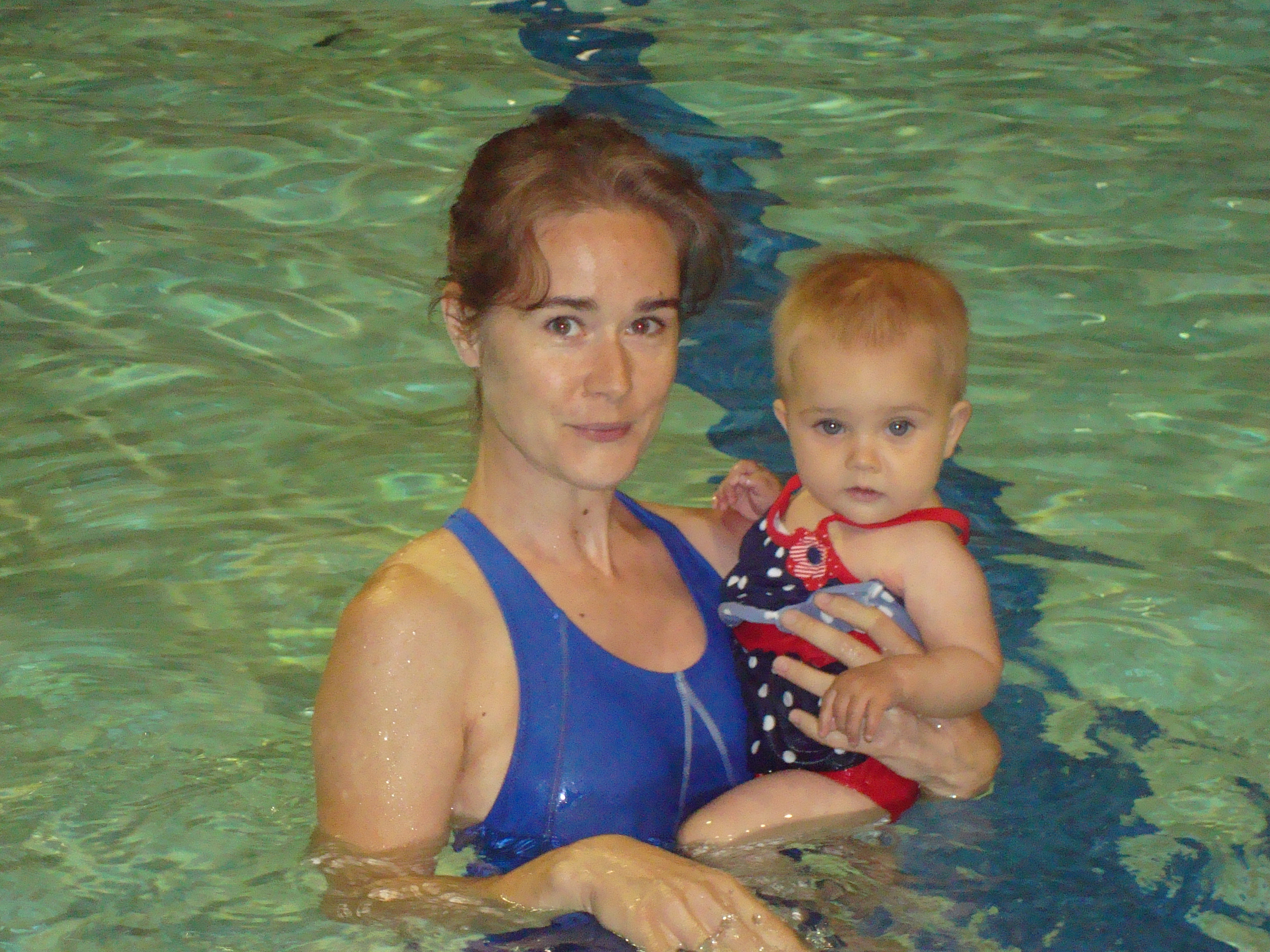 It was a few months later that the connection with Whim W’Him finally jelled, after she emailed Olivier again.
In a meeting on a Tuesday, Olivier said that rehearsals would start the next Monday for Annabelle Lopez Ochoa’s new piece for Whim W’Him (to premiere in January 2013).
“How does that sound?” he asked.
“That sounds great!” Lara replied.

Next up:
On Friday—Lara joins Whim W’Him and faces new tests of her imagination, resilience and sense of humor!