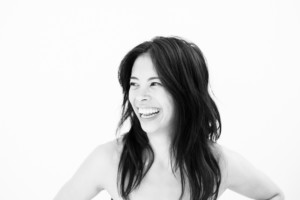 Liane Aung, who just joined Whim W’Him late this spring, has been involved with dance for virtually her whole life. 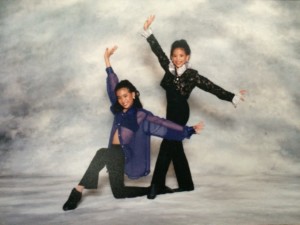 Growing up in Southern California, Liane did competitive dance, jazz, ballet, tap. “I was not,” she says, “very educated in the dance world as a whole.” And she adds that she, “disliked the competitive nature of competitive dance.” To follow high school, she applied to college in dance, thinking she would change her major once she was there. But during her freshman year at University of California, Irvine, 45 minutes from her home town, she “fell in love with dance. I had great professors, and they opened my eyes to a different kind of dance world.” (Liane’s story reminds me of a New Yorker cartoon that we had on our refrigerator for years: in theater a mother is saying to her kid, “It’s a dance, honey, nobody wins.”)

While at UCI, she worked with Donald McKale (“named by the Dance Heritage Coalition one of America’s Irreplaceable Dance Treasures: the first 100,” as noted on the university website) and became part of the school’s pre-professional ensemble, dancing in his Rainbow Round My Shoulder, and Songs of the Disinherited.

At UCI she continues, “I was taught to be a professional dancer in a professional setting, how to conduct myself.” Being a dance major, Liane had to take kinesiology and dance history, “but I only realized their true importance later, after my career started.” It is always interiguing how specific the culture of each different milieu is, even in a field as relatively close-knit as dance, and how the habits, assumptions and special knowledge of each new sub-culture has to be learned and often the import of new material or attitudes only becomes clear long after. 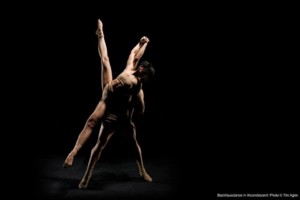 First, although she was auditioning on the East Coast and was about to leave, when she got a stress fracture in her 5th metatarsal. The injury “made me question lots of things.”

Second, Backhausdance in Orange County, California had already offered a her a contract. Liane hadn’t been sure of her answer—there were so many other possibilities. But after the fracture, the company’s director, Jenny Backhaus, said, “I would love to have you still. Take all the time you need. You can begin in October, but take your time. I know how it can pull on your emotional/mental state.”

This generous offer came at the perfect moment and the next stage of Liane’s career was launched. Two years later, she was preparing for a new (and their first) evening-long piece, “with great joy and loving the process.” She was, as she says, “Stoked.” Then two days before the show, with her photo on all the publicity, Liane sustained a spiral fracture of the 5th metatarsal. This time, she says, “I was in a better mental state to deal with it.” She continued her career with Backhausdance for 5 years. 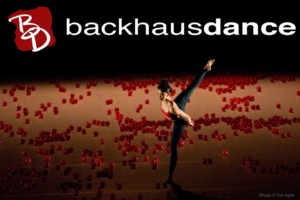 After her time with Backhausdance, Liane left Southern California for a 3 month trip to Europe. Her sister was in northern Sweden, and she knew people in Frankfurt, London and the Netherlands. In Europe, she took classes, met people at auditions, and was offered places to stay with friends and friends of friends of friends, eventually also visiting Malmo in southern Sweden, Copenhagen, Berlin, Poland, London, Paris, and Rome, exploring the European dance world.

Later on, Liane went to New York a few times, to the A.P.A.P.

[Association of Performing Arts Presenters] Convention, held in January each year. On the second such occasion, she stayed behind in NY, “to take classes and be exposed.” Of New York she says, “I had no expectations. I loved the NY mentality, people, energy. I fell in love with the city.” She had already had an interest in the work of the choreographer Yin Yue and contacted a friend dancing with her. Liane started taking company class, learning phrases, staying in New York 6-8 mos. Yin picked her up for show in March. “You know the material,” she told Liane, “you have to be in the show.” 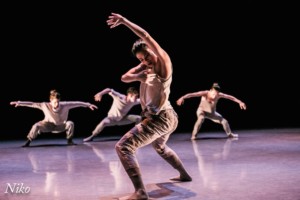 Liane loved the experience, and in May she went home to California again, knowing she needed to decide if she’d relocate to NY. The answer was yes. She made the “full-on move there,” where she worked with Yin for 2 years there, as well as on on other small projects.

When Liane started working with her, Yin was preparing for her first international show, in Germany.” Overall,” Liane reports, “it was an amazing experience. The European trip was the most life-changing in terms of wants and desires, how I wanted to live my life. I wanted to dance for a full time company.” 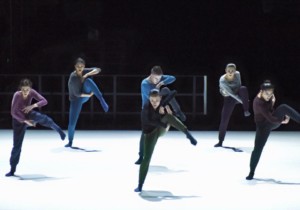 “Though there was never a specific one I fell in love with, Berlin was my favorite by far—but it was lots of freelancers rather than a company, and he freelance life style didn’t fit me as well—had to acclimate to it. It was hard.” In NY too, the life was very demanding. “When I was first in NY, I had 5 jobs at once—restaurant work, hosting, spa receptionist, an event production company,” and so on, all this while attending dance and yoga classes and dancing with Yin and others.

It was at this point that Liane auditioned for Whim W’Him. “I had no expectations,” she says. It was an invited audition, had submitted a dance reel, and she knew that “I’d have to go if invited.” She was and she did. After the audition, she heard back from Whim W’Him while she was in Germany, in the small city of Saarbrucken, where sister lives. “It was time to contact Olivier [Wevers, Whim W’Him’s artistic director],” she recounts, “but I had set up auditions in Europe.” Luckily, Whim’s western audition still had to be held in Seattle, so she could wait a while before deciding. 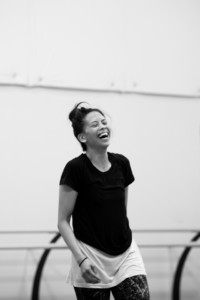 “The idea of Whim W’Him was refreshing, always desired something like that—I’d been forced to adapt to the other situation,” freelancing. “One of my strengths is to be very adaptable. I’ve always been a schedule/plan-oriented personality. But after Europe, my desires became clearer. A lot of the travel there was not planned. Landmark auditions. Freedom to travel. That was the exciting part. Being by myself, I became more open and go with the flow.”

Liane used the time in Europe to figure things out on her own. At the same time, she developed a lot of connections, with colleagues and friends, and realized it wouldn’t have been the same without them. She was developing a balance between individuality and communality.

When the offer came to join Whim W’Him in Seattle, she decided to take it. She came to the city last spring for 4 days “and walked the neighborhoods,” but didn’t find anything promising until she arrived in May. She and her boyfriend, whom she had met in New York, moved out together, after a 3-week road trip on the way. 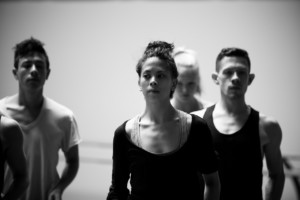 Whim W’Him is a “greatly different experience,” than Liane has had before. Her only previous company experience has been where their was just one choreographer. This spring and part of the summer, in preparation for September’s second Shindig show, “We’ve been working with new people every 2 weeks. It’s nerve-wracking and exciting—something I’ve found appealing.” She smiles, and says, “There’s no way to prepare for new choreographers.” But these frequent encounters with very different styles, personalities and ways of working “give you more versatility and opportunities to be put in different vulnerable situations.”

With her long, expressive hands, her wide smile and intense physical concentration, Liane is will bring a unique new presence to Whim W’Him this year. 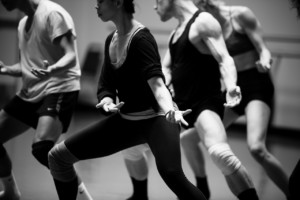