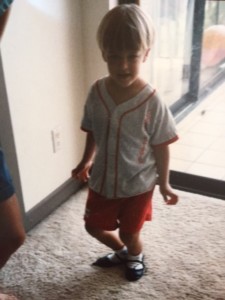 Karl Watson, new to Whim W’Him this season, started dancing “pretty young” in a suburb outside Cleveland called Russell. “At 4 or 5, my mom took me to A Christmas Carol. I had a melt-down after a few minutes. In the lobby, she asked ‘Is anything else on tonight?’” There was a Nutcracker performance, and this time no melt-downs. Instead small Karl announced that he’d like to try dancing himself. So he was signed up for a “Gymboree-ish” class called “Creative Ballet.” 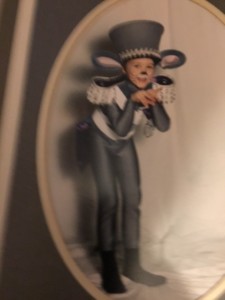 “I always really liked it.” He was “a shy kid” and dance was an activity he enjoyed and did well. Later he took classes at the school of Cleveland Ballet’s, until, when he was in the 3rd grade, it went bankrupt and closed (last fall it reopened). After that he did a couple of years at a local dance school, “less seriously,” and was “also trying other stuff, like Flamenco, which was super fun”—and opened a whole new kind of dance to him. A friend of a friend told him about a studio for jazz-based competitive dance, where he continued to study from the 7th or 8th grade through to the end of high school. In the last two of those years, he started going to a more ballet-focused studio. During his final year was taking class 7 days a week, “playing catch-up a little bit. I definitely knew I wanted to try pursuing dance, but I wasn’t technically proficient enough yet to dance professionally.” So for his next step, he applied to dance programs and chose the highly regarded ballet-based one at Butler University.

“Even in high school, I spent lots of time on YouTube,” says Karl. “So much more to see. Forsythe, Kylian, Duato—pretty cool and accomplished.” Then during his freshman year at Butler, Hubbard Street Dance Chicago came to perform. “Seeing that in real life was big for me. I thought: That’s it!” He attended summer intensives at Houston Ballet and Hubbard Street. 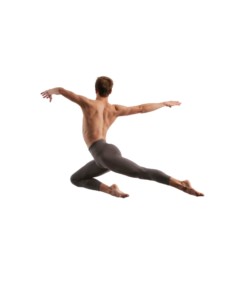 Speaking of dance and what it means to him, Karl says, “Especially with contemporary dance, you can’t lie. There’s an honesty about it. It is choreographed and amplified, and we’re showing what we want, but feels it honest, especially sharing the stage with other dancers.” He adds with a smile, “Also, not to be too zen about it, there’s the transferring of energy between audience and performers. That’s really powerful to me.”

In Karl’s senior year at Butler, the Latino culture centered Luna Negra Dance Theater of Chicago came to perform. Karl took a master class called Titoyaya taught by company director Gustavo Ramirez Sansano, saw the show, and attended a talk-back with company members. “It was awesome. It opened my eyes even more.” He made a connection to the company, attended an open audition the next spring and was offered an apprenticeship. “When can you start?” they asked.

Karl graduated from college cum laude, then one week later set off to Chicago with a suitcase. “A quick turn-around,” he says, “but it was a good thing for me.” He found a good place to live quite readily and spent 4 years in that same apt. “Luna Negra was a wonderful and extremely challenging experience.” Although he started as an apprentice in June, he went in for an injured dancer in July. “They asked if I had a current passport, and my first performing experience was getting to go to Spain. At 22, I was much the youngest in the company and green.” He continues, “It was quite a learning curve for me. Gustavo is a really talented choreographer and teacher. It was tough but I’d do it again, over and over!” 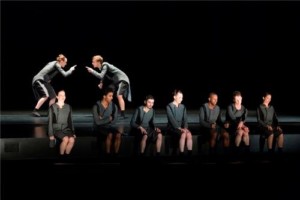 But then, in March of 2013, 3 days after the spring performances, “The company went on a hiatus immediately, then ceased. No rumors ahead of time.” Karl says, “I vividly remember everything I did that day. I had a side job which had a late rehearsal and I got a text saying no need to call immediately.” But that was it. The company folded just when it was taking off. “The rug was pulled out from under us,” and Karl wondered “What am I going to do now?” 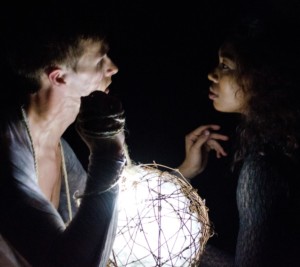 Visceral Dance Chicago was the next step in Karl’s rather unusual career (mid-Western boy making good in intensely emotional Latin productions). After seeing him in a workshop taught by choreographer Sidra Bell, company founder and director Nick Pupillo asked Karl to send a reel and resume and invited him to take class with him and offered a job for the opening season of the new company, which not long after would be named one of Dance Magazine’s Top 25 to Watch. 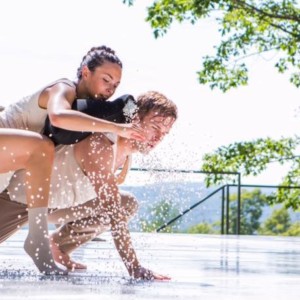 It was a new experience for Karl, being one of the founding members of a company. The dancers came from different backgrounds and had to work together to communicate and forge a common enterprise. “Nick listened to what we were interested in doing.” By the end of his time there Karl had an official administrative position in the company. But there was “an element of pitching in, creating something from scratch, and a sense of identity that comes from starting something.” His 3 years at Visceral were a “big influence” on him in life and dance, and he had “lots of great experiences with different choreographers. 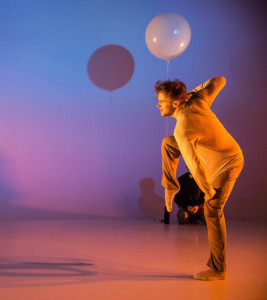 As to Whim W’Him. Karl had known about it for a while,via Facebook and videos. He wasn’t actively o pursuing a change of company when h saw open audition ad, a week off the deadline, but he thought, ‘I haven’t been in NY in a year and a half and this is a good excuse. I didn’t have a got-to-get-it feeling.” The audition was very crowded. Next day Whim W’Him artistic director Olivier Wevers wrote him asking for a chat. Dancer Tory Peil, Olivier and Karl went out for lunch together. There was a lot of interest, but they needed to wait for the upcoming Seattle audition before any definitive decisions were made. A week after that, they offered him the job. 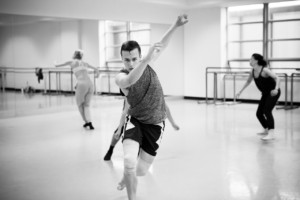 “It was a very tough decision,” Karl says. “I was from the mid-west. I had a decent setup, dancing and a good teaching job and was associate director of the Visceral Studio Company.” He had only one friend out west there, the complete opposite of all his ties in Chicago.” But he did come out to Seattle to visit, on Olivier’s suggestion, and found it a beautiful city. “I thought, I’m still young enough to go have an adventure. I’d like to try living somewhere else—it will be good for me as a human and artist. And good to scare myself a little. 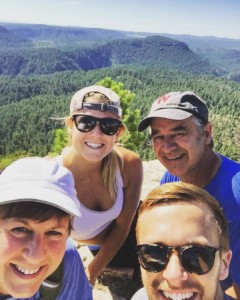 So he took the offer, found a place to live and this summer he, his parents and sister drove across the country on a long road trip, bringing their belongings to Seattle. Now he is reveling in the discovery of a new city and immersed in daily rehearsals for the second Whim W’Him Choreographic Shindig (Brown Paper Tickets) at Erickson Theatre Off Broadway, set for September 9-17, 2016. 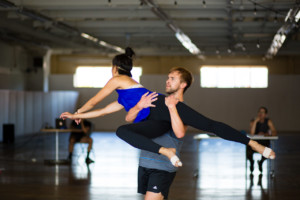 Photo Credits: Leaping photo of Karl at Butler University by Dale Dong Photography; Luna Negra image and outdoor one from Visceral Dance by Cheryl Mann Productions; Karl with balloon, also at Visceral, by Todd Rosenberg Photography. The final 2 of Karl rehearsing with Whim W’Him are by Bamberg Fine Art Photography.