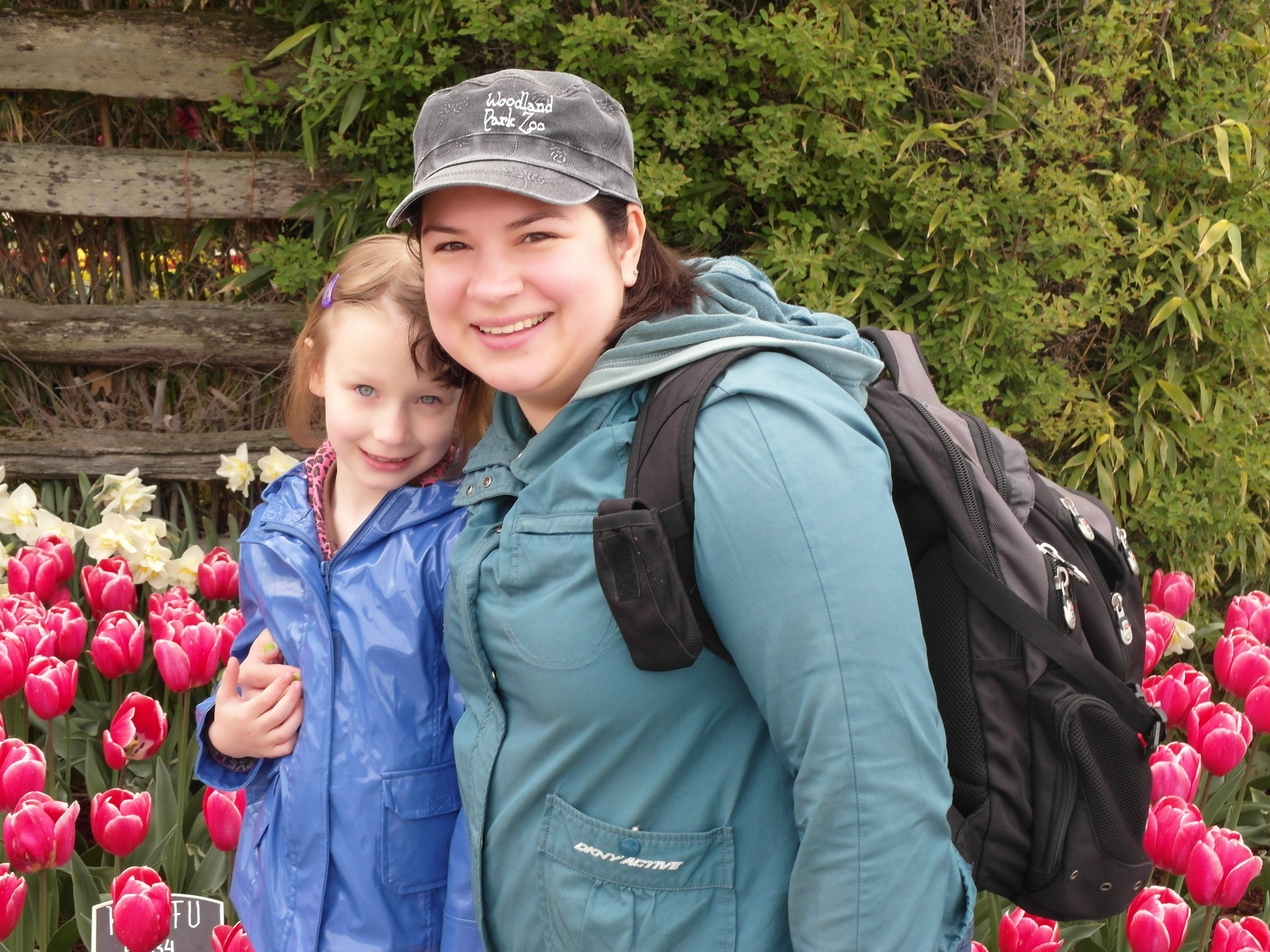 Anastasia Armes grew up in Russia in the middling size city of Saratov on the Volga River, the sort of place, she says, “mentioned in passing in Chekhov as the example of a provincial city.” Still, as is customary in Russia, her town of origin had a solid variety of performing arts centers. She grew up around theater and saw a lot of plays—her mother, a musician, still works in the theater department of the Saratov Conservatory. All through high school, being a lover of storytelling and words (she began the study of English at age seven), Anastasia  thought she would likely be a writer. But “it’s so much in the head and so much by yourself.” When she came to the US on a high school exchange program, in Lamarque, Texas, she became involved in theater in her own right. Having “got bit by the bug,” she now can’t imagine life without it. She was “fascinated by the community of the theater world,” the excitement of working on projects with other people of disparate backgrounds.

Back in Russia, it was a time of turmoil. The future seemed limited for one without the money or connections to attend the great theater schools of Moscow or Petersburg. So, with her mother’s encouragement, Anastasia returned to the States for her undergraduate degree. A course in costume design at Central Missouri State College determined the further direction of her career.

After graduation, she stayed on in this country, first working for the Santa Fe Opera costume department and then moving to Seattle with her then husband (an American) and young daughter. Six years later, Anastasia loves the Northwest, reveling in the natural beauty here and finding it a child-friendly, supportive community with many opportunities in the arts. Last year she received her MFA in costume design, a long-time dream, from the University of Washington.

Anastasia’s first job in Seattle was with Pacific Northwest Ballet, where she met Mark Zappone, at that time head of the PNB Costume Department. Mark was the one who recommended her for Whim W’Him’s current production of Approaching Ecstasy (May 18-20, 2012 at Seatttle’s Intiman Theatre)—a meditation in dance and choral music on the poetry of Constantine P. Cavafy, composed by Eric Banks, founding director of The Esoterics and choreographed by Whim W’Him’s artistic director, Olivier Wevers. 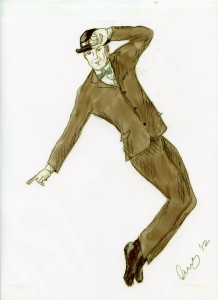 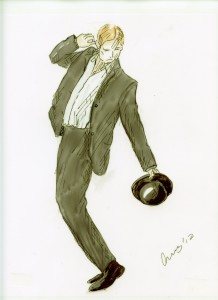 The costumes for Approaching Ecstasy will be androgynous, in more or less the style of  1920s men’s wear. Singers and dancers alike will sport slicked back hair and bowler hats. Female as well as male dancers will be dressed in suits and bowlers, although in the course of the piece, their clothing, like societal pretense, will be sloughed off. Because of the nature of Cavafy’s particular life and desires, the context is male, though his poetry, and the implications of this work, are broader, less specific-to-gender than universal.

Emphasis for the suits will be on found pieces. Everyone will wear tall, rounded collars to place the show in time. Anastasia will assemble what is needed as much as possible from used clothing sources, buying new and tailoring whatever else is required. Her own choices will affect color and cut for outer garments, as well as for the leotards worn underneath. All these clothes for Approaching Ecstasy will evoke strict boundaries that shape who their wearers can (appear to) be and how they are supposed to act. The one constructed costume will be for Kaori Nakamura, the only dancer on pointe and a kind of spirit or symbol of freedom, fulfillment, and love. As such, she will be quite differently clad.

This week Anastasia is “moving away from paper,” as she puts it, working out logistical details, finding a stitcher, procuring a work space (probably in the Seattle Opera workshop), taking dancers’ measurements, hunting down vintage garments. The next stage will be actual costume building and fittings in the final weeks before the show.

Coming up on Friday & Tuesday: New to Whim W’Him dancer Shane Ohmer, plus the ever-more surprising choreography of Olivier Wevers