before after – Annabelle & Lucien

At a pause in a recent theater rehearsal, Annabelle Lopez Ochoa told Lucien Postlewaite that he transforms once he comes on stage. Laughing, she added, “I’m a studio dancer,” meaning, she explained later, that “I give the same energy in the studio as on stage. In performance, Lucien has more power and intensity. My intensity translates into more focus and calmness.”

In fact, Annabelle, choreographer of this weekend’s Crave and Before After* has not really danced on stage for ten years. Preparing to do this piece, which has such emotional significance and symbolism for her, she realizes again how tough a dancer’s life is. Along with her very full-time choreographic life, she has been working hard on physical strength, flexibility and endurance—and I must say that, fresh back from a holiday in Bali, she looks in top form, both moving and at rest.

In an email to me, Annabelle wrote of Before After: “The piece was created on Edward Sebastian Nichita and myself in 2002. The passing away of Eddy 3 years ago has been the source of inspiration of Cylindrical Shadows.

[Before After] is therefore a piece that I felt would suit to be danced at Whim W’Him. Eddy and I always talked about that we should dance the duet again one day, but we never did. So when Lucien asked me to dance with him, I saw this opportunity as the promise I made once that I would perform the piece again. I am so excited and happy to be sharing the stage with Lucien, who is about the age of Edward when we danced it.” 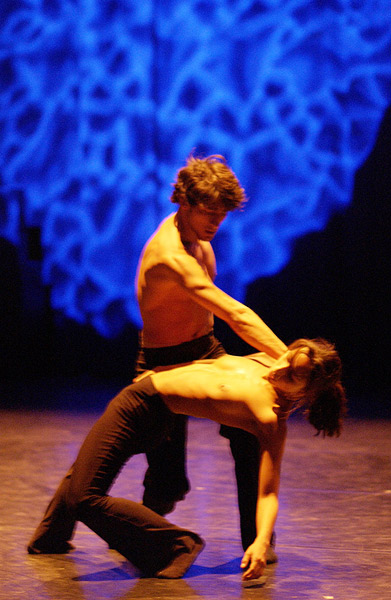 She added these extended program notes: “The duet Before After talks about the struggle of two people longing to be together but knowing their relationship is about to fail. The title points to the very moment before a relationship ends, and tells the story from the first encounter until the ending of the relationship, The two dancers start the duet with very linear movements. As the duet enfolds itself the two protagonists slowly reveal their real color to each other, ending as bare-chested lovers on the empty stage. Human relationships has always been a subject that fascinates me. I have made many pieces on that theme.” 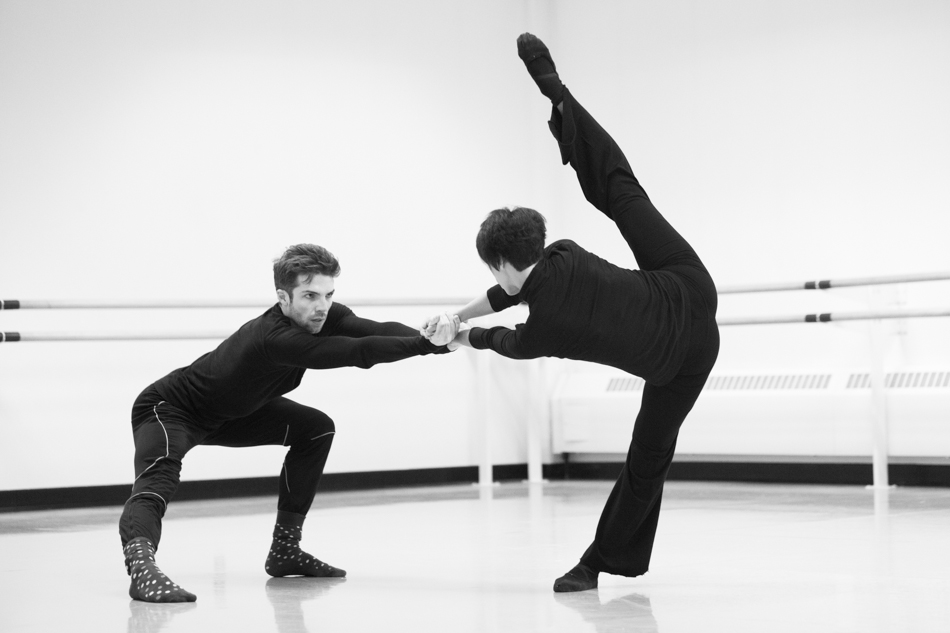 The original music score of Before After is composed by Marc van Roon. The sentence “Just before the light changes the sound changes,” used in the piece, was integrated into the composition later. The sentence originates “from a street poet recorded on the streets of Manhattan, and points to the effect of a traffic light at a big intersection.” This duet was originally made for the workshop of the Dutch National Ballet in June 2002 and was later added to the repertoire of the company. Before After soon became Annabelle’s signature piece and has since been acquired by several companies. 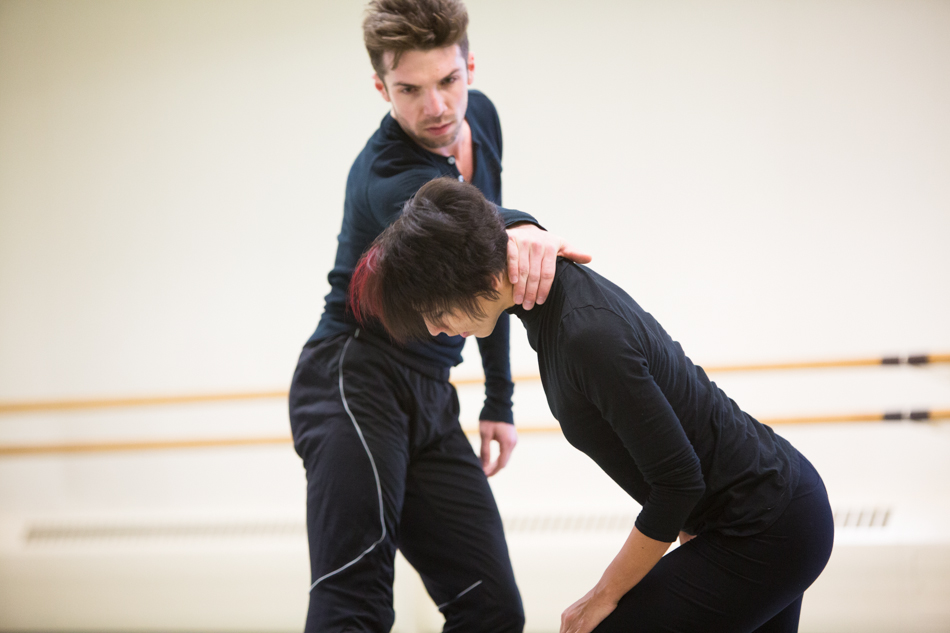 According to Annabelle, her aim was “to make a study on partnerwork adding a dramaturgical line to it.”  She worked “with the classical technique of the dancers, adding some fast isolated fluid movements to it.” The relationship between the two dancers is intense and complex. As in all her pieces, she wants the dancers to be engaged, to add their own character and interpretation to the role. As a dancer, just as she is when choreographing, Annabelle shows a clean precision and concentrated intensity. Lucien’s dancing is full of passion and power. Their eyes meet and turn away. Their bodies engage and break apart. Long diagonal lines with arms outstretched compact into ever tighter and more convoluted holds. But the final image is simple. And heart-rending.